First Baptist Church pastor Bart Barber will be the first to say he’s not a professional pollster, but a few things came together July 14 for him to become a beginner at it.

As a wallet-conscious father and pastor, Barber thought the polling function was a good way for his church to get the most from its purchase of a Microsoft account. As a Southern Baptist, he wanted to have a clearer idea of what others thought about race relations across the Southern Baptist Convention (SBC).

“For two years we’ve talked about Critical Race Theory and Intersectionality, and I have friends on all sides of this issue,” Barber said in an interview with Baptist Press (BP). “I’m trying to actually talk to people about it in order to understand them. I have my own views on it, but want to know what others think.”

Barber pushed out the questionnaire last Wednesday evening on social media and allowed responses through Friday morning – about a 40-hour window. Of the 1,498 respondents, 91% were Southern Baptist, and 94% were white. A slight majority did not attend either the 2019 or 2021 Annual Meeting.

Some responses in the poll illustrated the confusion around the discussion of CRT. Ninety-six percent of respondents said they do not endorse or teach it, and 98% do not consider themselves an expert on the subject. A little more than half, 52%, feel they had a “good grasp” on it. Ninety-five percent disagree that resolutions passed at the 2019 and 2021 SBC annual meetings indicated that Southern Baptists had “wholeheartedly embraced Critical Race Theory and Intersectionality.”

Barber reminded commenters that the poll was unscientific and merely one pastor’s attempt at getting some feedback on a topic. That said, he was most surprised by the number of respondents – 507, or 34% – who have “seriously” considered leaving the SBC over the handling of race and racial reconciliation.

Having a lack of respondents who were people of color disappointed Barber, but forced him to look inward.

“It makes me want to look at who I follow on Twitter and who follows me and see if I’m doing enough to hear from Black, Hispanic, Asian American and other Southern Baptists,” he said.

Fifty-six percent of respondents agreed with question 20, which stated that scripture is sufficient for addressing questions of race and racial reconciliation and makes other resources, even those deemed “good or helpful,” unnecessary. It generated the most feedback, Barber said, with some respondents objecting to the wording while others felt it required answer choices beyond “yes or no.”

Barber, who served on the 2021 SBC Resolutions Committee, built the questions around the terms typically identified with CRT and some of the “resolved” statements in the two resolutions concerning race from the 2019 and 2021 annual meetings.

“I’ve seen almost as many definitions of CRT as I’ve had friends talking about it,” he said. “I thought, ‘What if you asked people about those elements they put into their definition?’”

In addition to critiques and suggestions for future polling, Barber said he’s also had some thank him.

“People on all sides of this have questions and want to talk about it in a way where they can be understood,” he said.

First Baptist, Barber added, also polled church members early in the COVID-19 lockdown for feedback on proceeding with in-person meetings and other subjects.

“More information is better than less, and I have more information than I had [before the survey],” he said. “Let’s work to honestly find out what other believers are thinking and represent them fairly before putting our edits and opinions out there on who is the problem in the SBC.”

The current discussion among Southern Baptists on the topic began with the passage of a resolution “On Critical Race Theory and Intersectionality,” at the 2019 SBC Annual Meeting in Birmingham, which called CRT an “analytical tool [that] can aid in evaluating a variety of human experiences” while also affirming Scripture as “the first, last, and sufficient authority with how the Church seeks to address social ills.”

Over the following two years, social media chatter filled the vacuum for discussing the issue as Southern Baptists were denied an opportunity to gather in person in 2020 due to the COVID-19 pandemic. During that time the controversy over CRT/I only grew in the greater culture following the death of George Floyd and subsequent protests over racial equality.

At the most recent annual meeting, messengers passed a resolution “On The Sufficiency Of Scripture For Race And Racial Reconciliation.” Although critics pointed out the absence of the terms “Critical Race Theory” or “Intersectionality,” the resolution once again affirmed the sufficiency of scripture regarding race and racial reconciliation while rejecting “any theory or worldview that finds the ultimate identity of human beings in ethnicity or in any other group dynamic.”

In the poll, only a slight majority (54%) were glad that Resolution 9 passed. Resolution 2 received 82% approval from respondents.

Of the 39 questions, 32 were “yes or no” with others offering multiple choice options and one asking the participant to provide his or her definition of Critical Race Theory. Twenty-four responses were at least 75% in the affirmative or negative. Of those 24 such responses, nine of them were at a 97% consensus or higher. 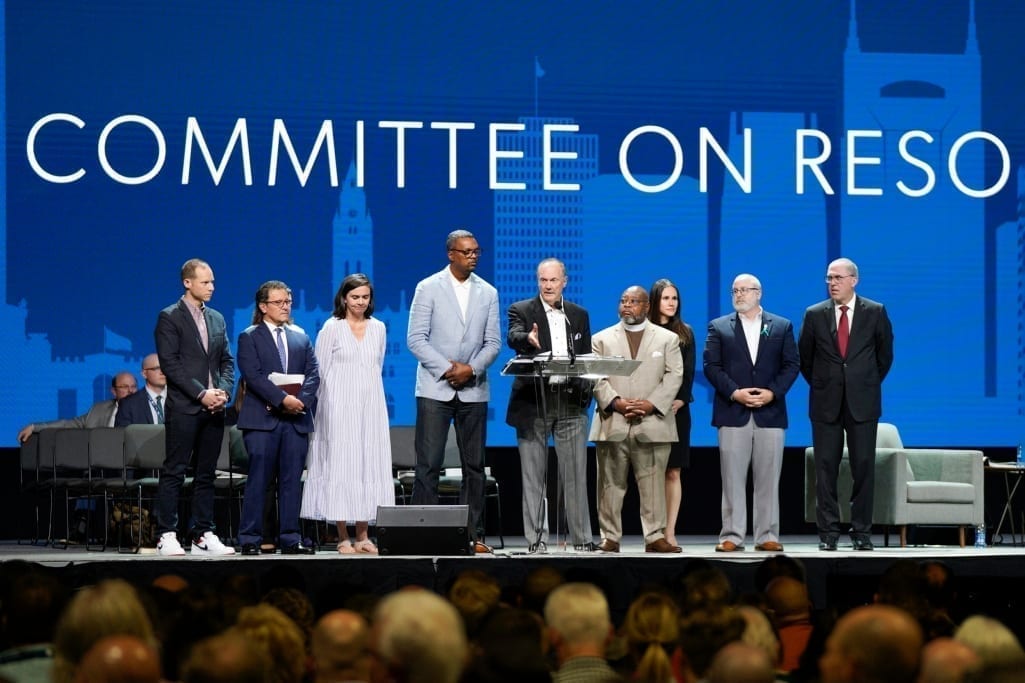