Tharrington honored for 50 years of service with Baptists on Mission

Lynn Tharrington had two dreams as a little girl – to work in an office and serve as a missionary. Never in her wildest imagination did Tharrington think she would get to do both for 50 years while serving North Carolina Baptists in the same role for the entirety of her working life.

Tharrington retired as N.C. Baptists on Mission’s (BOM) executive assistant on Sept. 1 – 50 years to the day after she first joined the staff of what was then known as the Brotherhood Department. During her half century of service, Tharrington has watched the organization grow from a staff of five people with a handful of missions partnerships in 1971 to a team of more than 20 people that coordinates 19 different ministries and dozens of missions partnerships around the world.

“For 50 years, I’ve been blessed to play office and do what I knew God was calling me to do,” Tharrington said during a surprise retirement celebration in her honor that was part of a recent BOM board of directors’ meeting at Caraway Conference Center near Asheboro. “As I like to say, I was present for the birth of what we know today as Baptists on Mission.”

During the retirement ceremony, current and former coworkers, missions volunteers, friends and family praised Tharrington as a godly woman with a servant’s heart. Since starting her career as an 18-year-old fresh out of business college, Tharrington has served as executive assistant to three different executive directors of BOM.

A major part of her role involved responding to questions and inquiries that came in from ministry volunteers, missionaries and others looking to serve. For Tharrington, it wasn’t just a job. It was a ministry.

Current BOM executive director Richard Brunson recalled how Tharrington often would come into a staff meeting to share a testimony or request prayer for someone that she’d just spoken with on the phone.

“How many of those calls or emails resulted in people going on a life-changing mission trip, resulted in someone coming to know Christ during a mission trip or someone answering a call to ministry?” Brunson said. “God has used Lynn and her call to missions to impact thousands of people across our state and around the world. How do you thank somebody for that?”

Several current and former coworkers shared how Tharrington not only made sure they had what they needed to do their jobs, but she was also there to pray and minister to them whenever they needed encouragement.

Baptists on Mission board president Steve Couch said Tharrington’s legacy could be summarized in how she answered the phone: “This is Lynn, how may I serve you?”

After coming to know Christ as a young girl, Tharrington learned a lot about missions through the Woman’s Missionary Union’s Girl’s Auxiliary program while growing up in Redbud Baptist Church in Castalia. She was both curious and intrigued by the lives of missionaries. At age 12, while attending a global missions event at Ridgecrest Conference Center in western North Carolina, Tharrington felt a clear call to missions.

Serving with BOM has allowed Tharrington to combine her passions for office work and missions. In her role, she’s not only supported missions work around the world, she’s participated in that work herself. Missions became a family affair in the Tharrington household.

One highlight of Tharrington’s career was when she went on a short-term missions trip to Ukraine for two weeks in 2008. There, along with other BOM staff and volunteers, she served numerous children through Vacation Bible School activities. Tharrington led Bible stories, puppet shows, crafts and more. In addition, Tharrington’s late husband Bobby went to Holland to work on a church with a team from Baptists on Mission.

The Tharringtons passed along their love of missions to her children and grandchildren.

When Tharrington’s son, Brad, and daughter, Kristi, were young, they would often go with their mom to Baptists on Mission events like the annual missions conference and world missions week at Fort Caswell.

Now as adults, Brad and Kristi have served on short-term missions teams to places like Honduras, Spain and Zimbabwe. Their children have served through Deep Impact Kids and at the Charity Rebuild Center.

“I’ve spent time in some of the coolest places in the world,” Kristi said. “But most importantly, I grew up in a home watching my mom serve Jesus each day.”

Added Brad, “I thank my mom for letting God’s will guide her life.”

In retirement, Tharrington said she plans to spend more time with her children and grandchildren. But she isn’t going very far. She still plans to work part-time for BOM.

She also plans to finish work on a history of the ministry of BOM that she’s already started. And she’s the perfect person to do it, since she’s been there from the beginning and has been called the “glue” that holds Baptists on Mission together. 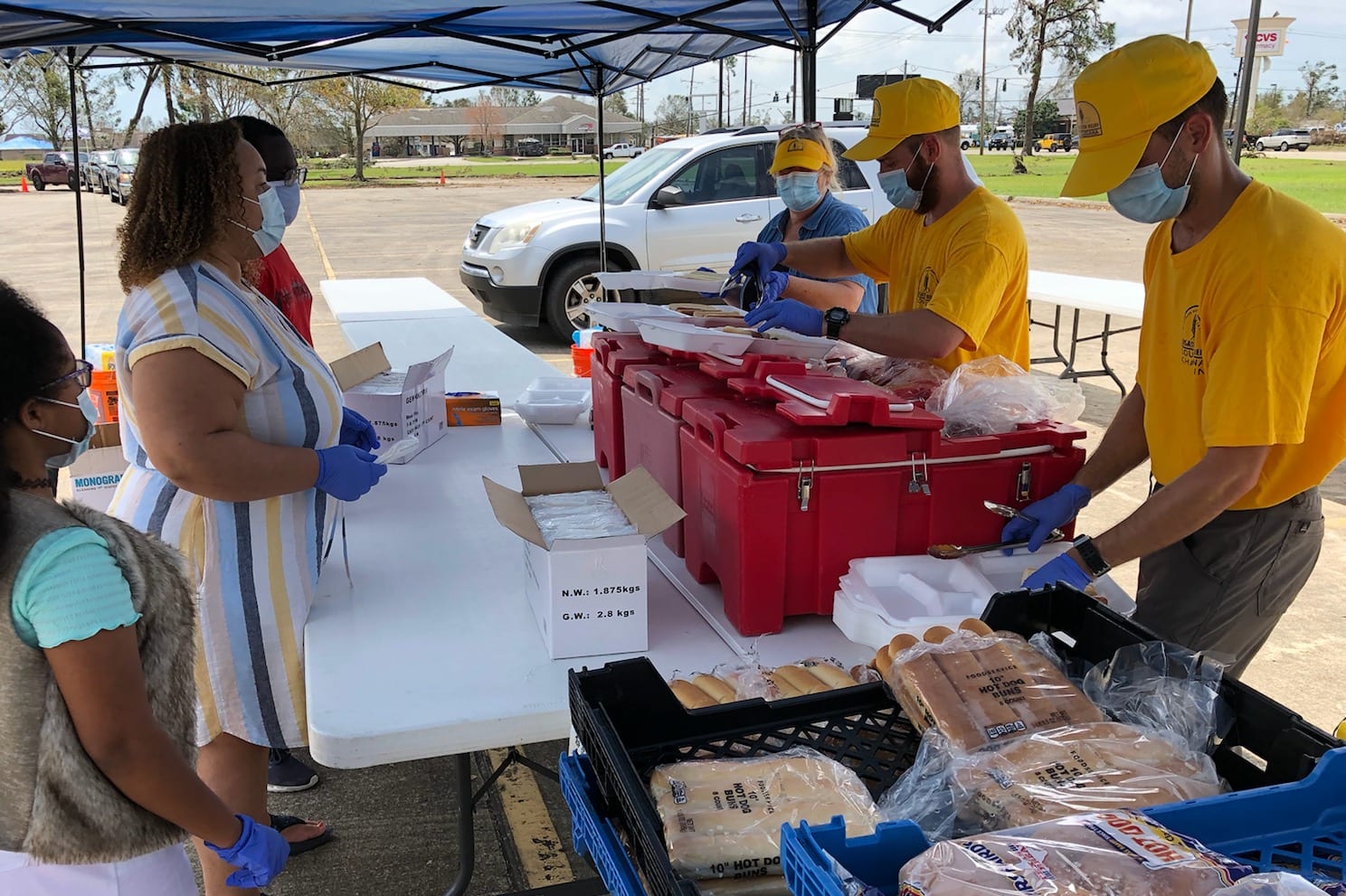