As a 33-year-old with a young family, NBA writer Jonathan Tjarks had never thought about his own mortality, which is why he said it was “absolutely shocking” to be diagnosed with cancer this April.

The diagnosis of an extremely rare form of sarcoma came after weeks of painful symptoms doctors initially thought were caused by COVID-19, which Tjarks had in January. Sarcoma accounts for only 1% of new cancer cases in the U.S. each year, and the prognosis is usually not promising.

The specific diagnosis – small round blue cell sarcoma in the Ewing-like family with a presumed BCOR-CCNB3 rearrangement – is neither easy to say nor easy to accept.

“The most challenging part has probably been the idea of mortality or dying,” Tjarks told Baptist Press (BP). “I mean it’s just not something you really think about at my age. It’s tough to think about not being around when my son grows up, which is a possibility now.”

Tjarks said one researcher he spoke with said the odds of what has happened to him are about 1 in 25 million. Despite the difficulty of his circumstances, Tjarks desires to use his situation to share the gospel.

Tjarks works as a staff writer covering the NBA for The Ringer, a sports and culture website founded by well-known author and podcaster Bill Simmons.

In a piece on The Ringer site, Tjarks wrote openly about how his Christian faith is upholding him during this season, which he called his “long night of the soul.” He wrote about his journey and the lessons he’s learning from the life of Jesus.

The type of sarcoma he has was only discovered in the last decade, Tjarks wrote, and is so rare that his oncologist, a sarcoma expert, had never heard of it before. He explained that sarcoma is generally easier to treat if the tumors are isolated in one spot on the body, but his had already spread throughout his bones, spine and skull. Tjarks said his medical report listed the amount of tumors as “innumerable.”

Even if initial treatment is successful, the survival rate for this type of cancer is extremely low, and this forced Tjarks to face his mortality. Staring death head on, he wrote about another who faced certain death in His darkest hour.

Referencing the story of Jesus in the Garden of Gethsemane, Tjarks explained to his readers at The Ringer how he has been learning to let go of the illusion of control and trust God, just as Jesus surrendered to the will of His Father and trusted in God’s plan when He knew He was about to die on the cross.

The Ringer is not a website known for covering spiritual or religious topics. Tjarks said he wanted to write a piece on his experience and was also “trying to sneak some gospel in there.” He did not know if editors would keep the spiritual aspects of the piece. He was glad they did and said he is thankful for his employer’s flexibility and support.

“I got to quote scripture at the Ringer, which is crazy,” Tjarks said. “I want to use this experience to talk about God. This has given me an opportunity to talk about my faith to people who wouldn’t have otherwise heard about it. I take a lot of consolation in that.”

Tjarks told BP that after growing up in what he calls a secular household, he was first intrigued by Christianity by watching the life of a Christian coworker. He got to know the coworker and his family over time, even attending his church and small group.

Christianity was interesting to Tjarks, but he said at the time he just did not believe in supernatural things.

“It wasn’t so much not believing in God, it was I didn’t believe in spirituality,” Tjarks said. “I had just grown up in a secular household and we were materialistic. We believed in what we saw and what we touched. Spiritual forces were something from the past, almost like a myth or a fairy tale. It didn’t seem real to me.”

All this changed after a spiritual experience while on drugs at a concert.

Tjarks attended a New Year’s Eve EDM (electronic dance music) concert while high on the psychedelic drug ecstasy. In a piece for Christianity Today, he wrote that people have often reported spiritual-like experiences while under the influence of ecstasy, which is what he believes happened to him.

As he watched the crowd dancing and partying while various images flashed on a video screen, Tjarks realized what they were really doing was “worshiping a demon,” he wrote. He describes this as a revelation that “felt something like a surge of lightning.”

“For the first time I was like ‘There’s more to the world than flesh and blood, there are spirits and supernatural forces,’” Tjarks said. “Once that kind of switched for me, I’m like ‘It makes sense that there would be a God too, because if there is spirituality, wouldn’t there be someone on top of that. God might actually be real.’ And then Christianity kind of made sense to me fully.”

After that experience, Tjarks joined a local church where he was discipled by older Christian men. It was not until a few years later that he felt a calling to write about subjects related to the Bible and Christianity.

In addition to Christianity Today, he has written pieces for The Gospel Coalition and his personal blog, where he writes about books of the Bible.

Tjarks, who was already a writer when he became a Christian, said it was only logical for him to use his skill for God’s glory.

“I thought, ‘I already have this platform and gifting as a writer, and I feel like God wants me to use that to talk about Him,’” he said, “because I have a platform of people who would normally never hear about this type of stuff.”

Jonathan, his wife Melissa and their 1-year-old son attend a nondenominational church near Dallas.

He said their church community has helped them adjust to this new season of life and has kept them from having to go at it alone.

As he reaches the halfway point of his chemotherapy treatment, Tjarks said one of the most important lessons he’s learned came from his wife, who said Christians often want to hear about the victory after the struggle, not the messiness in the middle of it.

“My wife was talking to me about [how] in the church, people always want a bow on things, ‘I started here and I learned something about God and now I’m great,’” he said. “That’s kind of what people want to hear, but we’re not at that point yet. We’re still in the middle of it.”

Even through immense physical pain, Tjarks said he wants to use this time to learn how to suffer well and cultivate an attitude of gratefulness even after this season is over.

“I know there is a world where I go through all the chemo, and I’m in remission and I just don’t want to think about what happened and I just live my live like before,” he said. “That would be very easy to do, but I don’t want to do that necessarily. I want to be able to learn to be grateful to God for all the small things on a daily basis.” 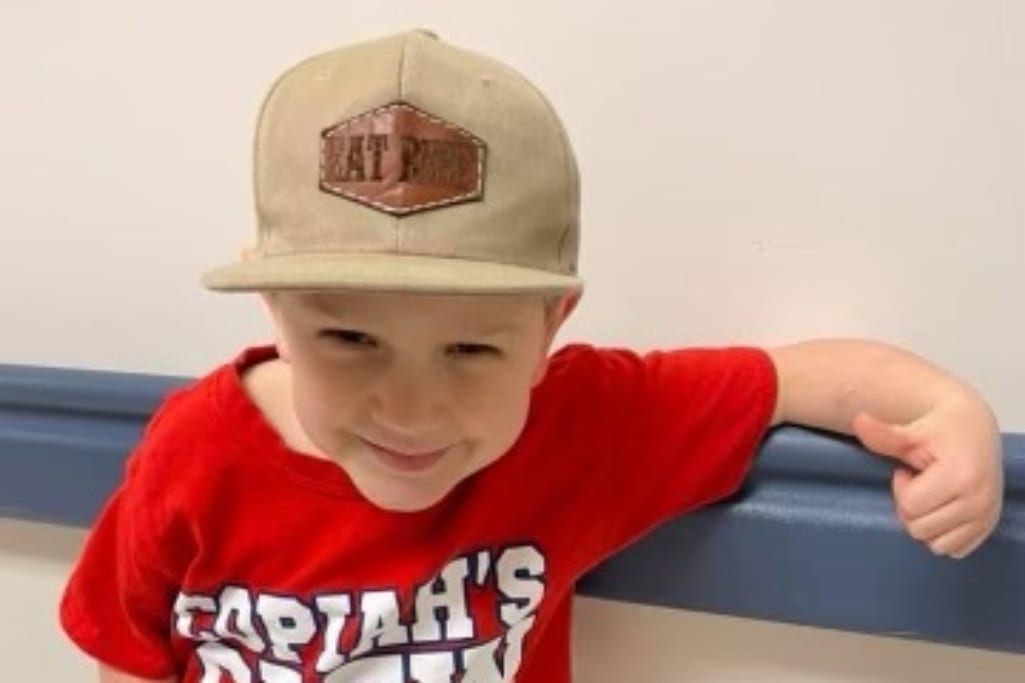 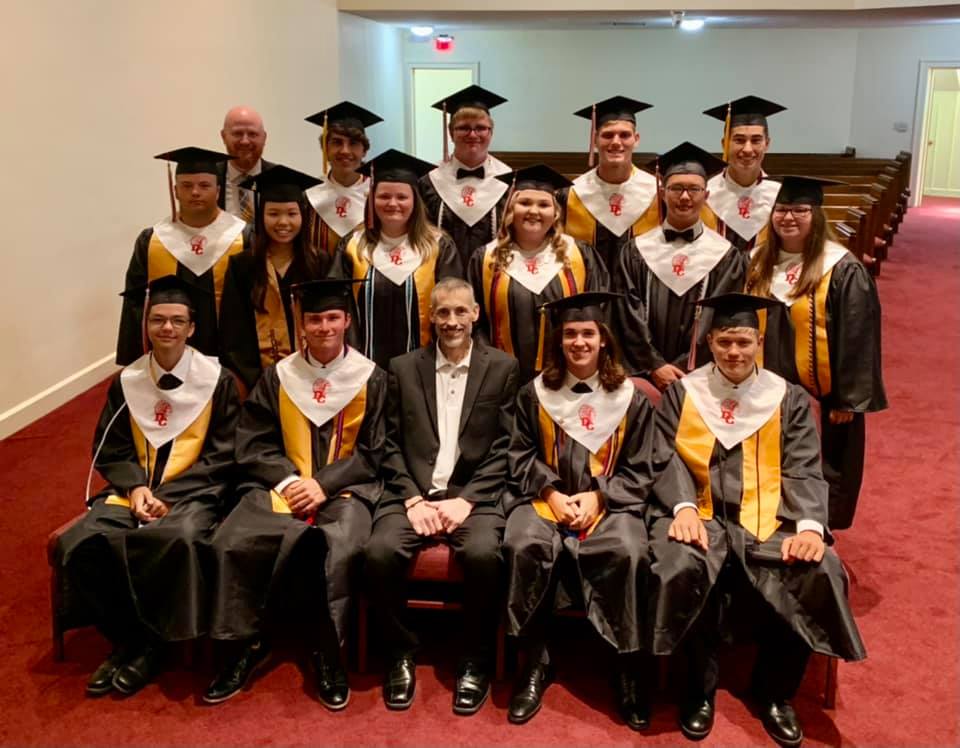 During cancer battle, student pastor urges others to ‘press on’