After two amendments, messengers to the 2021 Southern Baptist Convention (SBC) annual meeting adopted Vision 2025, a strategic initiative aimed at reaching every person in the world with the gospel, by vote of acclamation June 15.

Citing eternal lostness and the reality of hell, SBC Executive Committee (EC) President and CEO Ronnie Floyd called Southern Baptists to back the initiative “with your lives and ministries and churches,” saying, “This is not just a good thing we should do. It is the most urgent thing we should do.

“The urgency is now.”

Amendments to the Vision 2025 initiative adopted by messengers included adding a strategic action on eliminating sexual abuse and racism in Southern Baptist churches, as well as amending another strategic action to reflect a commitment to turning around the “ongoing decline in reaching, baptizing, and discipling” those under the age of 18; the original proposal focused on reversing a decline in the 12-17 age bracket.

Jeremy Morton, senior pastor of the First Baptist Church in Woodstock, Ga., presented Vision 2025 to the messengers for a vote.

Vision 2025 outlined five specific strategic actions that Floyd asked messengers to adopt and endorse in order to reach the world with the gospel.

“Vision 2025 is a call to reach every person for Jesus Christ in every town, every city, every state and every nation,” Floyd said. “There are 331 million Americans and 7.9 billion people in the world. Eternal lostness exists and eternal hell is waiting, so we must do all we can to reach people so their names can be written in the Lamb’s book of life. …

“We have not been providing our churches with a concise and compelling Great Commission vision that will move them to support it. We believe Vision 2025 is this vision.”

A complete list of the strategic actions of Vision 2025 as adopted by messengers, is:

Vision 2025 was originally presented by Floyd at the Executive Committee meeting in Feb. 2020. Floyd intended to present the initiative for a vote at the canceled 2020 SBC annual meeting in Orlando.

The initiative was then unanimously adopted by the members of the EC via voice vote at the February Executive Committee meeting after Floyd presented an updated version of the strategic actions.

Floyd opened his presentation on Tuesday by speaking about a “solemn, serious and sad,” passage of the Bible in Revelation 20 about believers being in the presence of the Lord and unbelievers being separated from God.

He then called on Southern Baptists to step into the challenge of every person in the world with the gospel.

Floyd then led the room in a time of dedicated prayer for the strategic initiatives of Vision 2025, emphasizing that “prayer always precedes gospel advancement.”

“We need the power of God; therefore, we need to pray more than ever before. When we pray God places his power on our lives.”

Anyone wanting to join the Vision 2025 prayer team can text VISION to 90885 which will then prompt them with next steps on how to get involved. 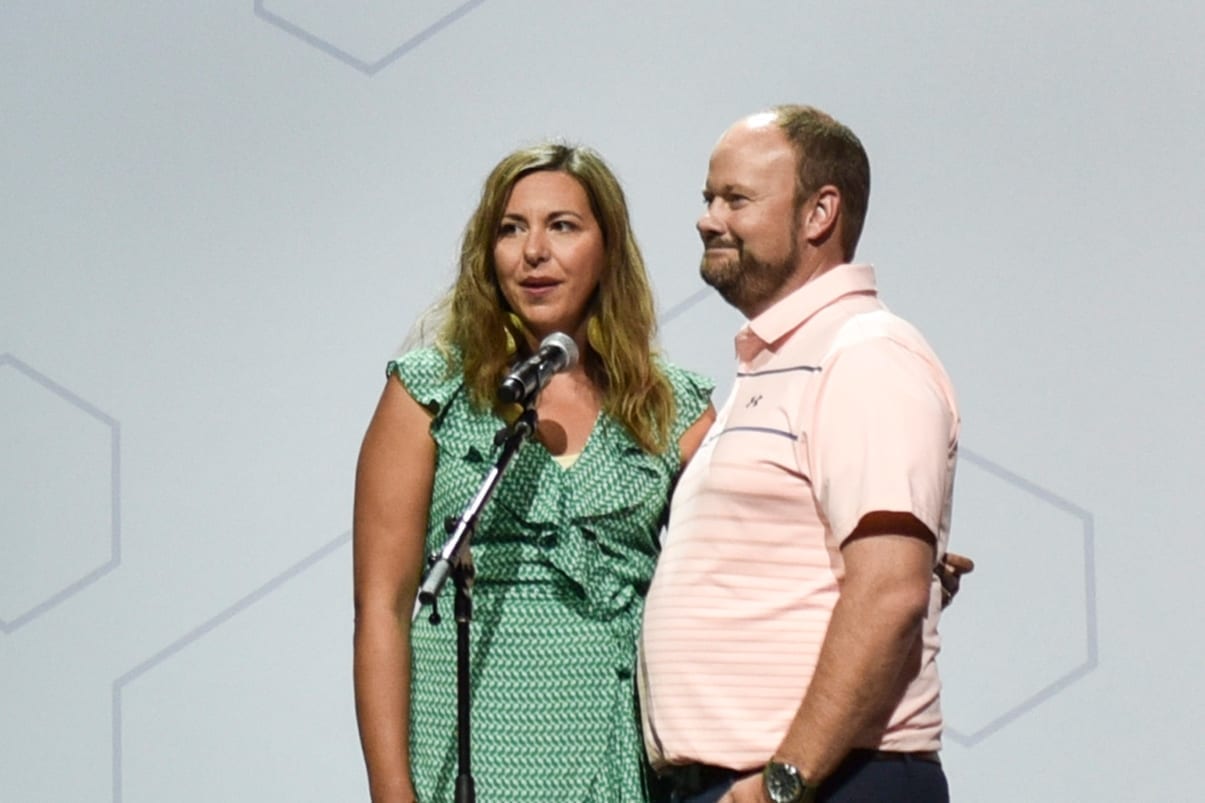