Abdulai had never heard the name of Jesus. As one of Africa’s many Deaf people, that’s understandable. But he’d also never seen Jesus’ name signed or read about a Savior in the Bible.

“My entire family is Muslim, and no one ever told me about Jesus. And being a Muslim, nothing gave me hope,” he said.

Abdulai had his doubts about Islam. No one could answer the questions or concerns he had about God. Therefore, he felt no real attachment to this religion he claimed.

Everything changed when a friend invited him to an evangelical church that was interpreted into sign language. This was different from anything he’d experienced. He never had an interpreter at a Muslim service or event. Abdulai learned who Jesus was, developed a heart connection with Him and became a believer.

His life hasn’t been the same since he first found the truth of the Scriptures within the walls of a church.

“It was through the Scriptures that I began to see. But it was very surface because I still, even after being baptized, didn’t have Scripture in my own heart language,” he said.

This lack of access to Scripture is common among the Deaf in Africa. It is also common for Deaf in Africa to neither read nor write. For those who cannot read, it is difficult for them to know the truths of the gospel. Even for those who are literate, their heart language is the sign language specific to their country. A written Bible doesn’t communicate the truths in a way they can fully understand.

In 2019, Abdulai was invited to a StoryOne Camp. This camp is a periodic event hosted and sponsored by the International Mission Board and Deaf Pathway Global, a partnering ministry organization. The most recent StoryOne Camp training was in West Africa. The project’s goal was to teach attendees to translate eight Bible stories into the indigenous sign languages of Senegal, Burkina Faso, Niger, Sierra Leone and Gambia.

They learned how to tell these stories in an accurate yet compelling way in sign language. Attendees at the camp learned not only how to sign these specific stories, but they also learned how to illustrate some of these stories and larger Bible concepts graphically with pen and paper. The concepts and stories are reminiscent of the three circles method of evangelism – easy to replicate and easy to understand. Scripture presentations like these can be understood by someone who does not read or write themselves.

The eight Bible stories the camp focused on are designed to teach Deaf nationals doctrinal statements on the identity of Jesus, functions of the church and how to conduct missions work. These stories are also accompanied by mnemonic hand movements that assist Deaf nationals in recalling them for evangelizing and discipling.

“Abdulai ‘s love for Jesus grew by leaps and bounds when he saw what [Jesus] did for him,” IMB missionary Paul Yount shared. “He needed to see stories from the Bible translated into his heart language to understand, appreciate, love and be transformed by God.”

“Thankfully, through the generosity of LMCO (Lottie Moon Christmas Offering), Abdulai was able to attend two more camps in 2022. He was trained in Bible stories on the identity of Jesus and functions of the church.”

Yount continued, “He now has a repertoire of stories that he can use for evangelizing the Deaf and helping believers plant new churches in their communities.”

Supporting this project enables long-term workers to evangelize, train disciples, educate church leaders and provide resources to plant indigenous, Deaf-led, self-sustaining, reproducing Deaf churches using those core stories. Your support also enables more to be reached in their heart language, like Joseph who lives in Senegal and is also Deaf.

Joseph grew up Catholic trying to lip-read during church services. When he attended a Deaf school, he encountered some missionaries from another evangelical agency and his life was changed.

He shared, “When the missionaries (at the school) began to talk from the Bible and they began to use pictures and visuals, I became intrigued, really intrigued.”

There was a disconnect between Joseph and his newfound faith, however, due to a language barrier. That’s when he met IMB missionaries to the Deaf. They presented the Bible using visuals and stories in his heart language – Senegalese Sign Language. Their work helped him really see the Bible for the first time.

“Something changed in his heart and he became hungry for more Scripture stories,” Yount said.

When Joseph told his parents that he was a believer, they disowned him and ran him out of their home. He hasn’t backed down from proclaiming his faith. In fact, asking himself questions like, “How can I know Scripture? How then can I really put it in my heart language?” led him to StoryOne Camp. He wanted to learn how to share his faith with others who are Deaf.

Kevlasha Humphrey shares Joseph’s passion for sharing, so much so that the member of Silent Friends Baptist Church, Dallas, Texas, volunteered at a recent StoryOne Camp. She is also Deaf and understands the need for Scripture presented in a visual way.

“I see this as making an incredible impact on the lives of Deaf people,” she said. “For the first time they hold God’s Word in their own heart language in their own hands. And when they share it there’s no printed words involved. It’s all in their heart.”

Humphrey added, “When Deaf people see this, they’ll be able to receive it, retain it, internalize it, share it and it’ll go beyond Africa.”

To learn more about praying for Deaf people groups and IMB missionaries who are reaching them with the gospel, visit imb.org/Deaf. Give now to support StoryOne Camp in Africa and among the nations. 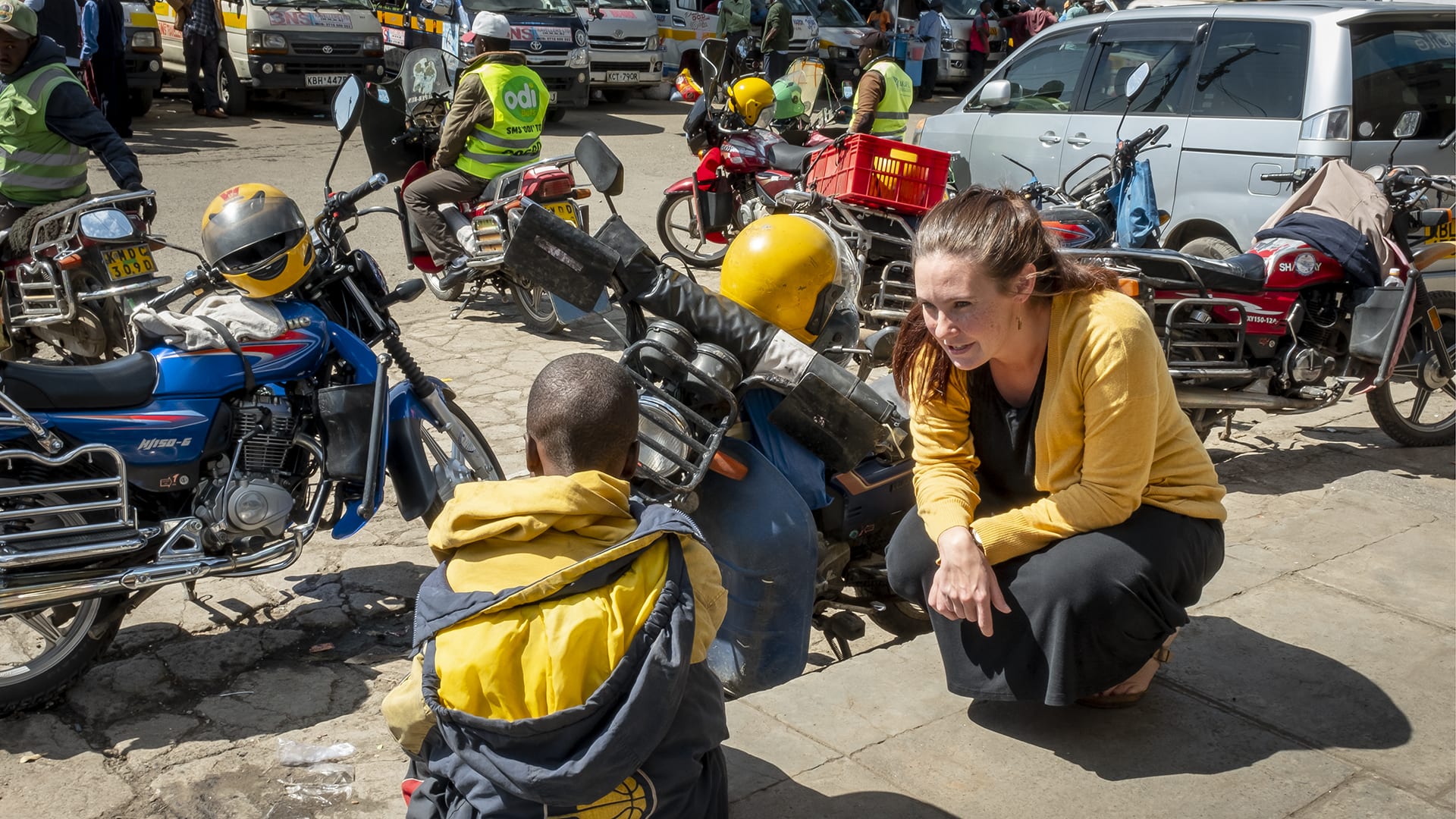 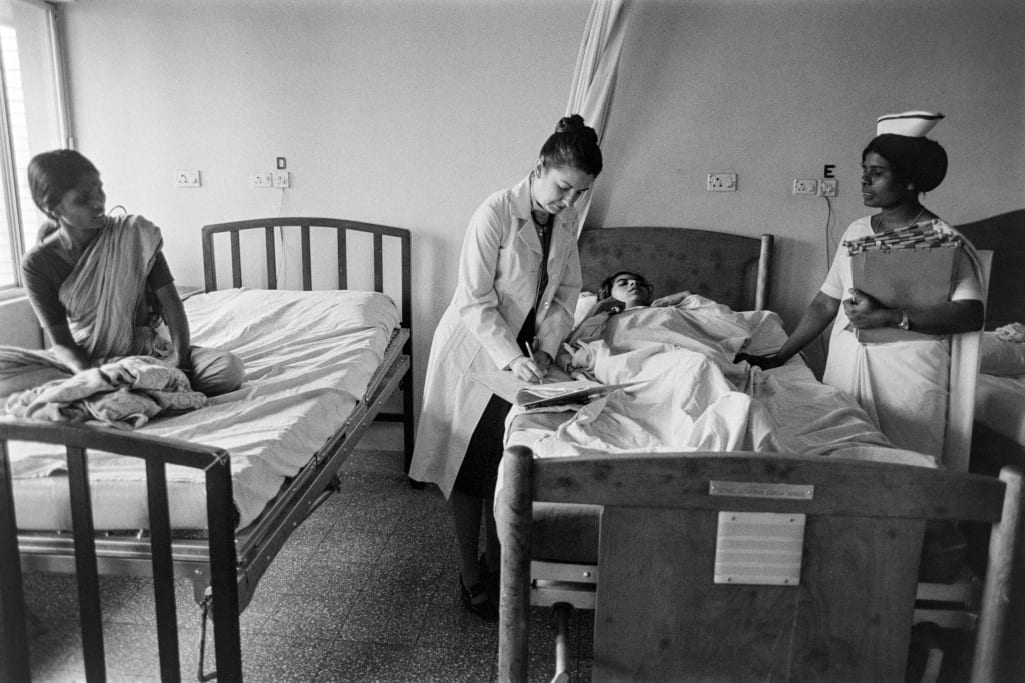