Puerto Rico garnered headline after headline when Hurricane Maria struck in 2017. The major storm devastated the island, and as happens after such a catastrophe, news media scrambled to cover the story.

A little over two years later, though, thousands of families remain in need. Yet, few outsiders consider their plight now.

“No one talks about Puerto Rico in the news anymore,” said Jonathan Santiago, a 2020 Annie Armstrong Easter Offering® Week of Prayer missionary. “September 2017 is ancient history, but I wish people could see what I see. Sometimes, it’s like Hurricane Maria happened yesterday.”

For Santiago, the passion that fueled his multiple trips to Puerto Rico in the immediate aftermath of Maria persists. In fact, his heart stirred, and God led him and his family to move from New York to serve full-time through the North American Mission Board’s (NAMB) compassion ministry arm, Send Relief.

“The North American Mission Board asked us to consider coming back to Puerto Rico to serve in my current role as director of Send Relief for Puerto Rico,” Santiago said.

The job is a big one. He coordinates crisis response ministry across the island where an estimated 30,000 homes still have only blue tarps serving as their roof.

“Hurricane Maria was the worst disaster in Puerto Rican history, but what really gets to me is not what Maria did to our property but what it’s done to our people,” Santiago said. “When you look at different communities, you see the hopelessness. You see so many families still struggling.”

The physical toll the storm took is only surpassed by the emotional and spiritual hit the people have endured. While Send Relief helps with the physical rebuild, the aim is to connect those served to God so that their spiritual needs can be met through the power of the gospel.

“They say it’ll take eight to 10 years to get things back to where they were before Maria,” Santiago said. “But Puerto Rico’s mental, emotional and spiritual brokenness is no match for the hope that we find in Jesus Christ.”

As it stands, there is only one Southern Baptist church for every 44,522 people in Puerto Rico. The vast majority of Puerto Ricans, 85%, identify with Roman Catholicism. 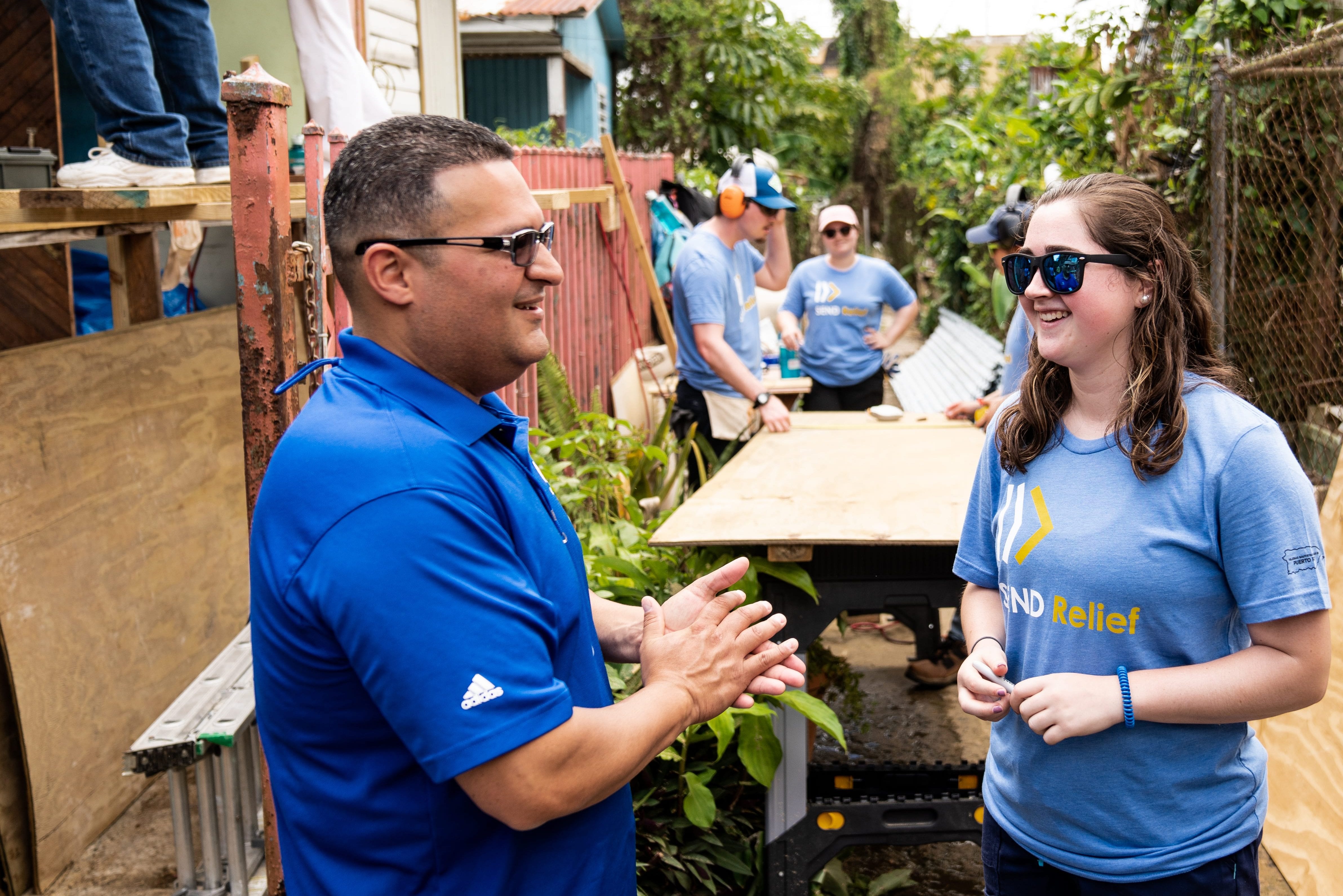 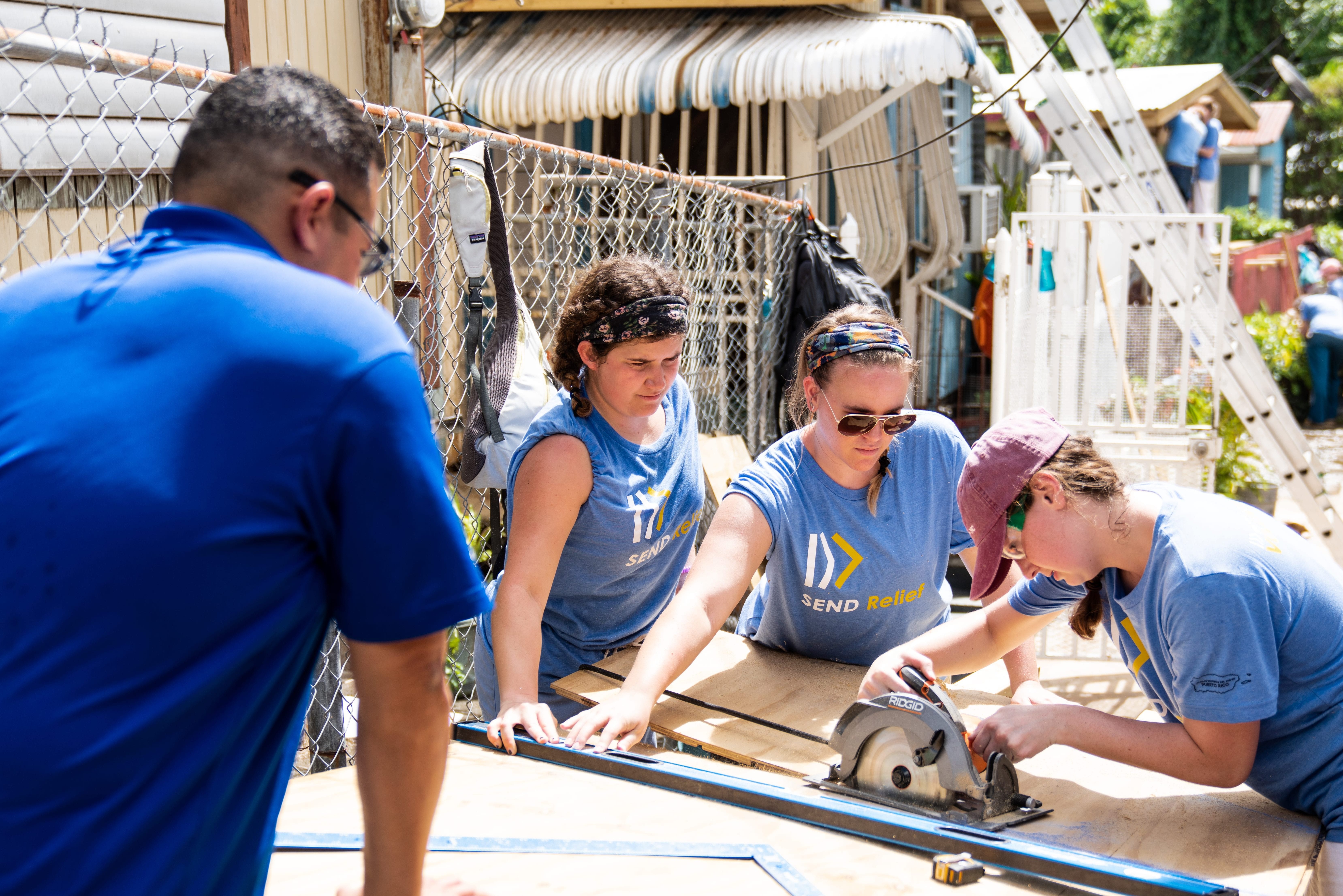 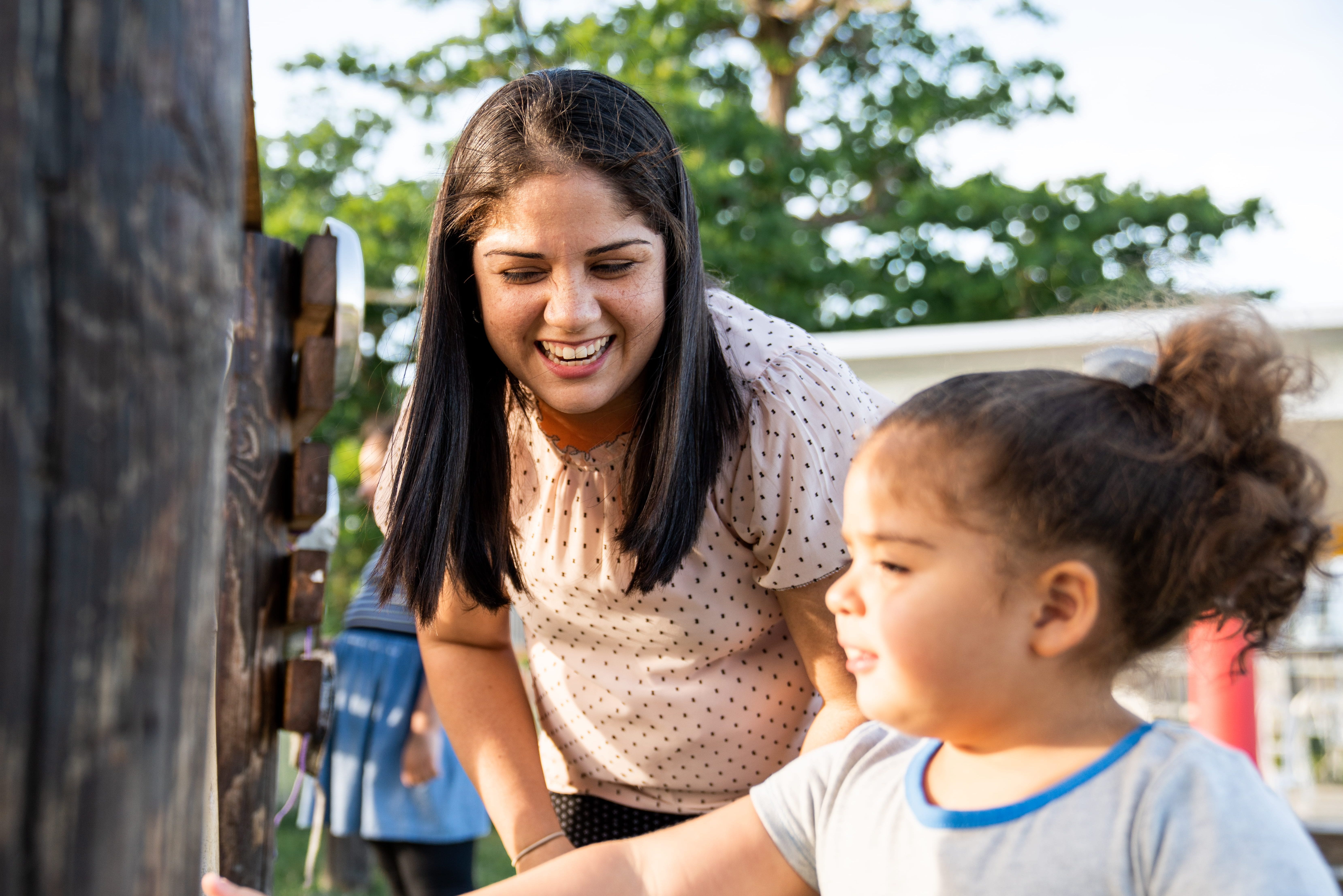 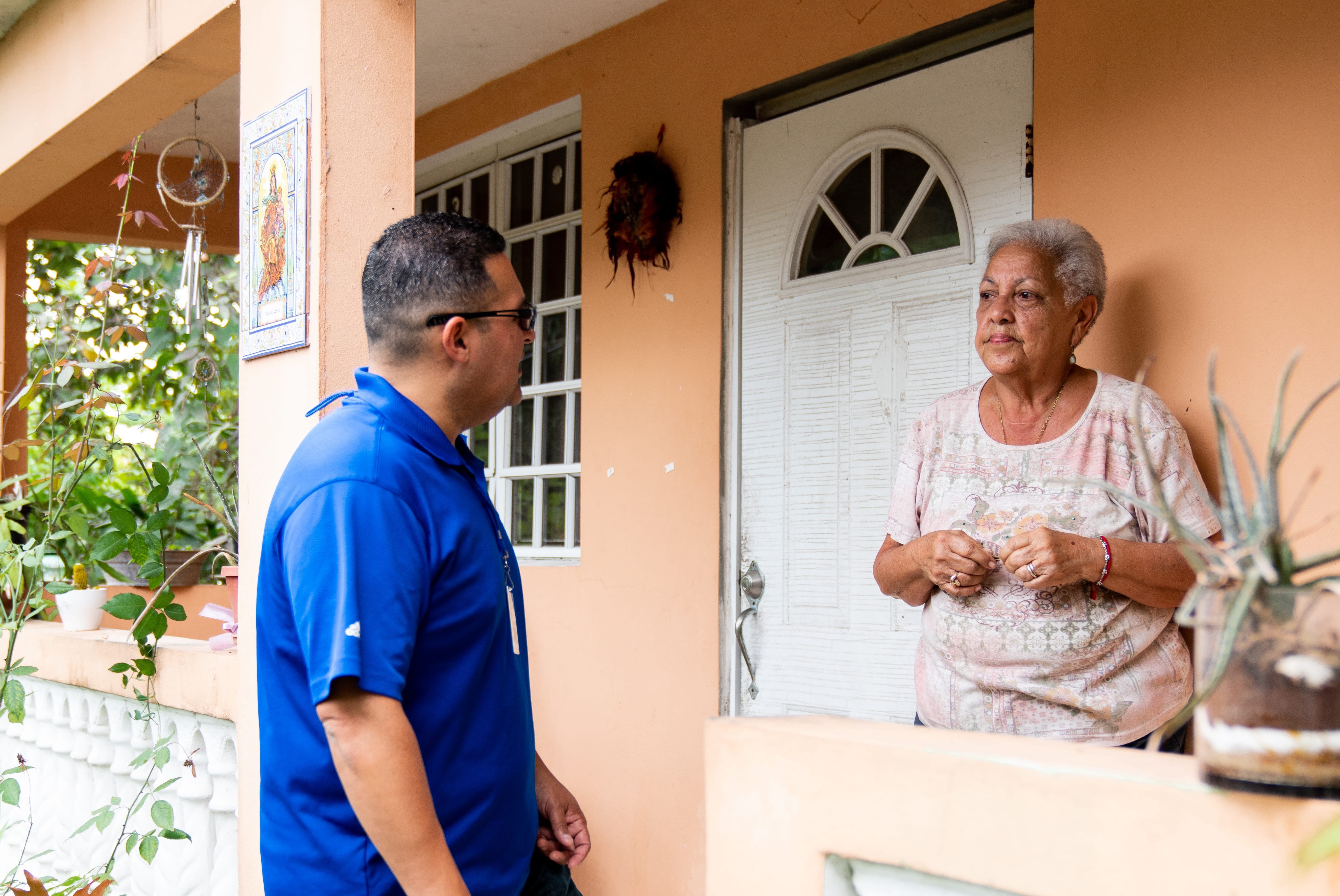 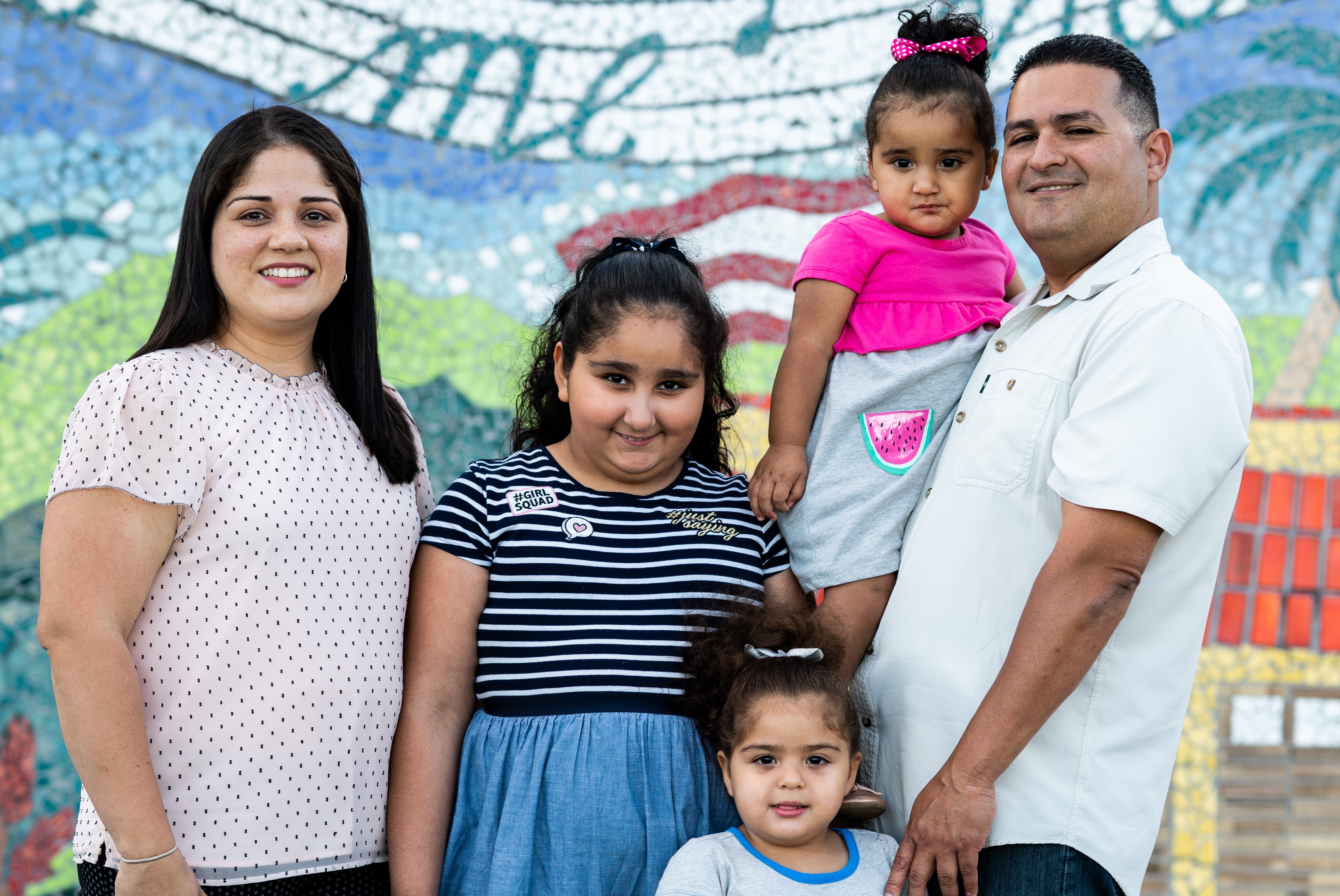 Send Relief’s ministry, however, has played a key role in evangelism and church planting as missionaries have been able to build relationships through the disaster relief efforts. Through Santiago’s coordination, Southern Baptist volunteers from the mainland have been connecting people in need with new and established churches in Puerto Rico.

Local pastors in Puerto Rico identify needs in their own communities, and Santiago works with those pastors to partner their church with a mission team from the mainland.

“Ultimately, we want every person that we help to be connected to a local church family where we know that they are going to be followed up with,” Santiago said.

One story in particular stood out to Santiago.

A team helped repair the roof of a man in Humacao, and when the church leaders heard the homeowner mention that God sent the team there to help, they were caught off guard. They knew that he had claimed to be an atheist.

“Everybody was kind of surprised because they knew his background,” Santiago recalled. “But now he’s having God-centered conversations. It’s one of the instances where we have seen families served and people transformed as they hear the gospel for the first time.”

Hearing these stories of heart change fill Santiago with hope as he pours his life into the island where he was born. He grew up in the city of Ponce, Puerto Rico, in a Christian family, and his father served as a church planter in Massachusetts where Santiago spent his teen years.

Eventually, Santiago entered the ministry himself, serving in Houston, New York and now he has returned to Puerto Rico to serve as a Send Relief missionary.

“People giving to the Annie Armstrong Easter Offering is what put me and my family here so we can help rebuild our island into something greater than it was before,” Santiago said. “I am so thankful because as we continue to pray and give, the gospel is spreading and healing our land here in Puerto Rico.”

The Annie Armstrong Easter Offering provides half of NAMB’s annual budget. Money given to the offering is used on the field for evangelism resources and support, training and care for missionaries.