A new day in the SBC

The 155th session of the Southern Baptist Convention (SBC) is now history, yet people continue talking about those things that were accomplished.

That which garnered the most excitement and delighted our hearts this year was the unanimous election of Fred Luter, the SBC’s first African-American president.

It is impossible to describe what a special moment it was to be in the convention hall for this historic occasion. In all my years of attending SBC annual meetings, I cannot remember another decision that appeared to elicit greater unity nor create as much exuberance as that which I witnessed Tuesday afternoon in the convention hall.

A jubilant celebration of the messengers was evident as people throughout the hall stood to their feet, applauding, cheering and many weeping. Southern Baptists were celebrating the fact that our Southern Baptist Convention had finally put behind us and moved beyond some of the darkest days in our early history when the evil atrocity of slavery was a major issue with Baptists and, sadly, racial prejudice was prevalent even within the Baptist community.

A large number of members from Franklin Avenue Baptist Church (FABC) in New Orleans where Rev. Luter serves as senior pastor gathered in one section of the convention hall in support for their pastor, a man whom they love and respect. Their bold smiles and joy conveyed a message of unity to all messengers.

Some of these FABC members would recall a street preacher and Baptist pastor from the upper Ninth Ward of New Orleans taking the helm of leadership at FABC in 1986. Originally an all white congregation, the church had dwindled to about 60 people after most of its white members moved out of the neighborhood.

Yet, God used this fireball preacher who faithfully served Him and loved people to grow FABC to more than 7,000 members by 2005, when Hurricane Katrina destroyed their church buildings. Fred Luter’s life is a testimony to how God uses His servants when they choose obedience and glorify His name.

It is my sincere hope that the election of Dr. Luter will help our African-American brothers and sisters believe with confidence that we recognize their equality and importance in the life of our national and state conventions. If we have failed to sufficiently communicate this truth, we now have an opportunity to make right the wrongs in our past.

Join me in praying that God will bless my dear friend Fred Luter this year as he leads our Southern Baptist Convention.

You will be pleased to know that earlier this year our state Committee on Convention Meetings asked Dr. Luter to bring our annual convention sermon in 2013.

He will also preach during our State Evangelism Conference in February 2013. We will be blessed by his preaching.

“Those who are wise shall shine like the brightness of the firmament, and those who turn many to righteousness like the stars forever and ever.” Daniel 12:3

Get equipped to be salt & light 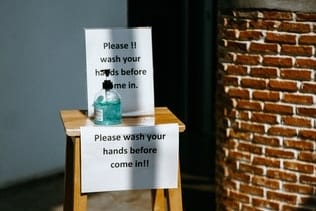