Even though Southern
Baptists promote and pray for international missions throughout the year, we
are in the season when Woman’s Missionary Union challenges us to give special
attention to a concerted prayer effort and the special offering that our
International Mission Board (IMB) depends on to provide more than half of their
annual budget.

The goal for the 2009 Lottie
Moon Christmas Offering (LMCO) is $175 million. North Carolina Baptist churches
led the Southern Baptist Convention in supporting the 2008 LMCO. I hope we will
do the same in 2009.

This December I will be
privileged to preach in the First Baptist Church of Charlottesville, Va., to
help promote this offering.

I feel greatly honored
because this is the home church of Charlotte Diggs Moon.

In 1873, she became one of
only six Southern Baptist workers to serve in China. For almost 40 years, Lottie Moon served God faithfully as a
traveling evangelist in China.

She pleaded through many
written letters for Southern Baptists to pray more, do more and give more for
the cause of reaching 360 million lost people in China.

In 1887, she suggested to
the women in her home state of Virginia that a week of prayer and a special
Christmas offering for foreign missions be promoted in Southern Baptist
churches.

Eventually, due to broken
health and starvation because she literally gave her life and food to the
Chinese people during a time of severe famine, Lottie Moon was forced to return
home.

She died on a ship on
Christmas Eve 1912 that was carrying her back to the U.S. The LMCO commemorates
her life poured out for others because of her love for Jesus. Inscribed on a
monument at her grave are these three words: “faithful unto death.”

Despite financial hardships
created by the economic downturn, Southern Baptists gave $141 million to
support the work of international missions through the 2008 Lottie Moon
Christmas Offering.

However, this amount fell
nearly $30 million short of the $170 million goal.

The IMB spends 71 percent of
its total budget of $319.8 million, including a major portion of funds received
from the Cooperative Program, on missionary support which includes funding
5,587 IMB missionaries serving in 174 countries.

Because of the economic
downturn and the staggering level of unemployment some Southern Baptists may
need to give more sacrificially than in past years.

The Great Commission of
Christ compels us to give in support of our missionaries during these
challenging times.

Statistics reveal that more
than 1.5 billion people in our world have still never heard the story of Jesus.
We must pray, we must give financially and we must be willing to go so that all
may hear.

“Go ye therefore, and teach
all nations, baptizing them in the name of the Father, and of the Son, and the
Holy Ghost.” Matthew 28:19 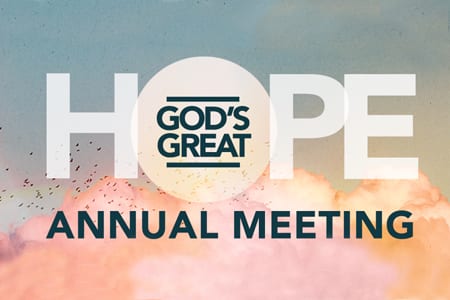