An appeal to young Southern Baptists

Last week was the annual meeting of the Southern Baptist Convention. It was held in St. Louis this year and over 7,000 messengers attended. That is quite a bit larger than recent years, and I have to say, the event impacted me in a couple of significant ways. That is the reason for this appeal. I write to ask you, young Southern Baptist, to consider your involvement in our convention. Does your church send representatives to the convention? Have you ever been?

In my estimation, this year’s convention was deeply significant. Some pretty important issues were discussed on the floor of the convention, some sharp rebukes were delivered, and some magnificent displays of unity occurred. It was more than a convention. It was a defining moment in the direction of our giant cooperation of churches, and there is a chance history will remember it that way. What is more, I was there and I did not just watch it happen, I helped make it happen.

That is the beauty of the Southern Baptist Convention. We are America’s largest protestant denomination and we are not run by some elite board of decision makers. We are run by a room full of church members from across the United States and Canada. Our decisions are made by small church pastors, bi-vocational church planters, scholars, and automobile mechanics. Technically, our denomination only exists for two days a year, when all of our churches have the opportunity to send people to speak on matters concerning this cooperation we have created. It is powerful and it is beautiful. Unfortunately, I am afraid our generation knows little of that.

I struggle with this myself. I remember growing up in church, sitting through business meetings, and thinking that we were wasting God’s time. I can remember arguments over pastoral benefits and carpet color. Our generation does not like that. In fact, most of us are fed up with that, and rightly so. However, I fear we can make an error that is at least as egregious when we think the solution is avoiding the business meeting altogether. The solution to bad business meetings is not to avoid them, it is to change them. That takes participation.

I believe most young Southern Baptists know little about their denomination and the way it works. That is a shame, too. Tens of thousands of churches work together, often in the midst of disagreement, to demonstrate unity and share resources for the Great Commission. After all, that is why our denomination was started in the first place, to send missionaries, and that is really the only thing that has held it together. Our convention has a missions legacy that is unprecedented. I wish more young Southern Baptists could experience that.

This is a Stewardship Issue
In the end, it is not about a bunch of people wasting time but about figuring out how to use our resources (and we have a lot) for the Great Commission. We have two giant missions agencies that send thousands of church planters and missionaries the world over. We have six seminaries that together are training the lion-share of pastors, church planters, and missionaries in the United States. Generally speaking, they are the biggest seminaries in the country. We have a commission on religious liberty and ethics that intercedes with the government on behalf of kingdom principles and LifeWay creates biblical resources and curriculum for churches far outside the reach of our denomination.

Every year, our convention gathers messengers in order to decide how we use these great resources for the spread of the gospel and making disciples. The convention is not simply a business meeting; it is a weighty stewardship. It is the chance for our churches to guide our cooperative resources. As with anything, they can be steered in a way that is ineffective, or they can be harnessed and used for God’s glory among the nations. But the ability to steward only comes to those who participate.

Perhaps we do not see ourselves as the ones who should wield such stewardship. After all, our parents have been the ones who made these decisions for the longest time. On average, our generation is far more interested in attending a Passion conference than our annual business meeting as Southern Baptists. Maybe we have taken the posture of the recipient for so long that we do not know what it means to make the decisions about how it is done. Nevertheless, there is a point where the children become the leaders. For us young Southern Baptists, that time quickly approaches. We have an inheritance of cooperation and Great Commission partnership that has lasted 171 years, and maybe it is time we see it as such.

J.D. Greear’s candidacy for president was a lesson for many this year. The grace and humility with which he withdrew galvanized a divided room. J.D. was right; we can do more together. There were a lot of different opinions in that room, but despite those differences, the unity that comes through the gospel of Jesus Christ is more than enough to foster cooperation.

And for us younger folk, J.D. provides another lesson. He ran. Instead of avoiding “convention politics” or dismissing this great stewardship, he placed his hat in the ring. He chose to get involved and pick up the responsibility that comes with an inheritance. He did not do so with an attitude of conquest or division. That was clearly demonstrated when he withdrew and cast his vote for Steve Gaines, encouraging his supporters to do so. After all, together we can do more.

Get Involved
So my appeal to you is simple: get involved. I know the concerns and things that disappoint friends my age about our denomination. These things do not change when we avoid responsibility. We need to participate in the right way, in a biblical way, with grace, humility, and thanksgiving for the cloud of witnesses before us. We need to be the kind of generation that makes the previous generation proud to pass the baton. We need to remember that one of our greatest strengths is our diversity, methodological and theological diversity. It sharpens us and constantly calls us from drifting too far afield.

Make sure your church sends a delegation. So many decisions are made over those two days, and your church has the very real ability to affect those decisions. Every, single messenger can approach the microphone and have their voice heard, and every, single church has the opportunity to send messengers. Several resolutions this year passed or failed on the passionate appeal of a messenger from the floor.

Furthermore, consider being a messenger yourself. Perhaps you did not like one of those decisions. Every vote this year did not go the way I wanted it to, but the only way to speak into those is by being there. That takes a lot for someone our age, I believe. It takes a change in posture. Personally, I want to go to a conference to “learn something” or “be edified” or whatever other term you attach to sitting passively while others are doing stuff. We need to see the real opportunity to advance the gospel through our actions at the Southern Baptist Convention, and we need to grab that inheritance while we can still learn from those before us.

Let us take a cue from J.D. and roll up our sleeves as well. As I watched our convention this year, I was thankful to God for all that he has done to bring together such an interesting group of churches. The fact that our convention exists is an act of the Spirit and God’s great grace. I felt a responsibility for it, and I pray that more people my age will do the same. Avoidance is not the answer, stewardship is. This is not conquest, it is not a generational war for control, but a great cooperative effort.

(EDITOR’S NOTE ­– This article was originally published on blog.keelancook.com. Used by permission.) 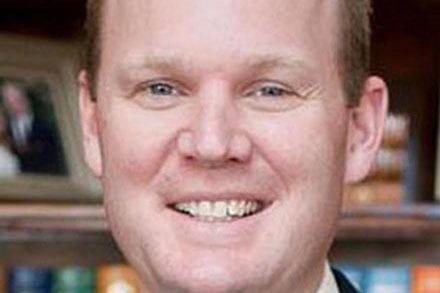 Inerrancy still matters; so does integrity