ALEXANDRIA, La. – There are tent poles, telephone poles, ski poles, fishing poles, utility poles, poles for vaulting and even pole beans, which really aren’t poles at all but look sort of like them.

Then there are public opinion polls.

The aforementioned poles have practical value. The actual value of public opinion polls is a subject for debate, especially when they are in reference to a political campaign.

“Opinion polls,” someone once observed, “measure the public’s satisfaction with its ignorance.” While this assessment might come across as somewhat cynical, when you understand the fragile nature of polls, it’s not too far from the truth.

“The techniques behind the numbers [in a poll] are a complex blend of probability studies, statistics, and sampling techniques that can easily and ruinously be thrown off target by a seemingly minor change,” Pulitzer Prize winning reporter Walter R. Mears wrote in the forward to “A Journalist’s Guide to Public Opinion Polls,” “and questionnaires can be skewed by a word that hints at an expected answer.”

“In the age of polls, all those sins happen all the time.”

To really understand any poll, you have to be able to examine the questions that were asked, how they were posed and even in what order they were presented. Each of these elements can affect the outcome of a given poll.

Who is conducting or sponsoring a particular poll also is critical in understanding its outcome; it can give some insight as to the motive for the poll. While some polls are taken to gauge public opinion, others are taken in an effort to shape public thinking. When it comes to political polls, it would seem the latter is the case much of the time.

When a poll is taken also can influence its results. “The so-called science of poll-taking is not a science at all but mere necromancy. People are unpredictable by nature,” American author E.B. White observed. “And although you can take a nation’s pulse, you can’t be sure that the nation has not just run up a flight of stairs.”

One example of the timing of a poll and its effect on outcome will take place before our very eyes over the next few days. The Republican National Convention concluded Aug. 30 and polls will reflect the carefully crafted images that emanated from Tampa, Fla. The Romney/Ryan ticket will a receive positive boost in most polling.

The Democrats [are holding] hold their national convention … in Charlotte, N.C. The Dems will present their best face to the nation and, just like the Republicans, Obama and Biden will be the benefactors of positive poll results. The effects of both conventions on the polls, however, will likely be short-lived.

Another factor that can have a tremendous impact on a poll is the sample, the people who are actually polled. This is never more evident than in a poll in reference to an upcoming election. Who is polled makes a big difference in its results.

Polling likely voters is a better barometer in trying to predict the outcome of an election, but there is one caveat. You have to trust the sincerity of the people being polled. They might be sincere when they indicate they are likely to vote or maybe they just want to come across as a responsible citizen to the pollster.

Another factor that can affect the outcome of a poll is over-sampling or over-polling people who are likely to think alike or hold the same positions. Over-sample Republicans in reference to an upcoming election and you will likely see a poll skewed in favor of that party’s candidate, and vice versa for Democrats.

An example of poll results not matching up with election outcome is found regarding marriage amendments.

A recent ABC News poll indicated 52 percent of Americans are in favor of legalizing homosexual marriage. Other polls in recent years have reported similar results. Based on the polls, you would think some state somewhere would have by now legalized homosexual marriage.

Though the polls indicate a majority of Americans favor homosexual marriage, in the 32 states that have cast ballots on the subject of marriage – 32 to date – the vote to affirm traditional marriage has been an overwhelming average margin of 67-33 percent.

Why are the poll results so different from the election outcomes on the subject of marriage? Any and perhaps all of the aforementioned factors have had an impact. While people may say one thing to a pollster for any number of reasons, when they are alone in the voting booth they may cast a very different ballot.

Between now and the presidential election there will be almost as many polls buzzing around as there are mosquitoes in a swamp in south Louisiana. Because of the aforementioned factors, you would do well to take all of them with a grain of salt. “A public opinion poll is no substitute for thought,” as financier Warren Buffett put it.

Study the candidates’ positions, become familiar with party platforms, listen to people you respect and, above all, pray. However, keep in mind that when it comes to polls, you are probably better off using a fishing pole than you are a political poll. 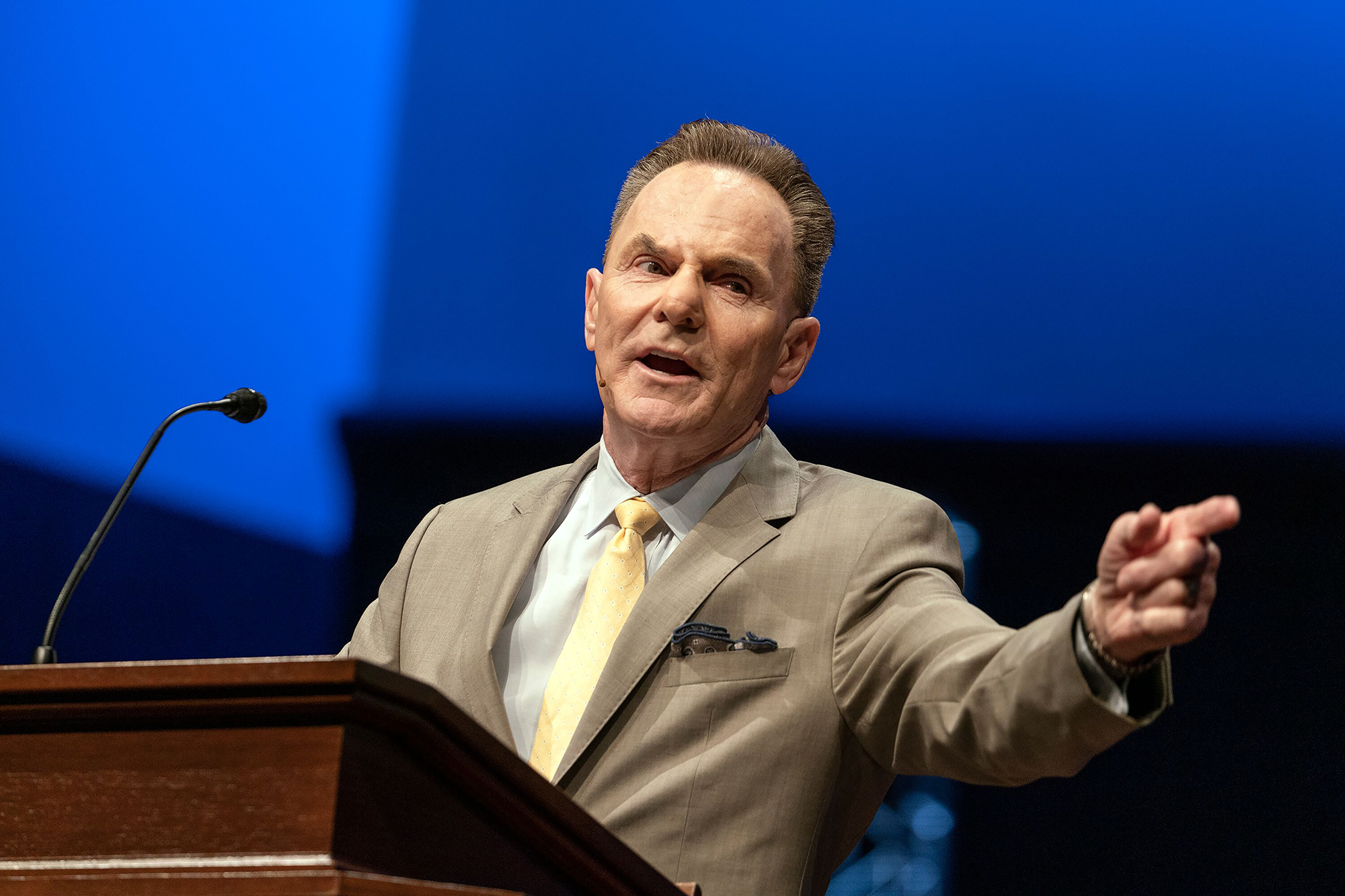 There has to be a better way