Giving with a cheerful heart

COVINGTON, La. – There’s nothing like trying to worship while wrestling with a preschooler. Helping a 3-year old adjust to “big church” can be a challenge. I had a friend whose boys slept through every service, morning or evening. I wondered how church could have such a sedative effect on her boys while having just the opposite effect on our daughters.

Occasionally I had the urge to pinch one of her boys just so she would know what it was like to wrestle during church like the rest of us. I never did it, but it wasn’t because I didn’t think of it!

One Sunday morning the children, including our 3-year-old Emily, went forward for the children’s sermon – you know, the kind that you get more out of than your child. Some folks from church had been to Guatemala on a mission trip and had brought back coins for all the children.

The minister talked about missions for a few minutes and then said, “Today, boys and girls, I am going to give each one of you a Guatemalan coin that you can keep.” So all the children eagerly reached into the bag, got a coin and proudly returned to their parents.

As soon as she did it, a look of horror came over her face, and she screamed, I mean screamed, “Hey wait a minute! I want my ‘watermelon’ coin back!”

What did the ushers do? They did exactly what Emily told them to do! They passed the plate back to her. She dug through the offering until she found her “watermelon” coin. She gladly exchanged her quarter for the coin.

It was one of those moments that everyone else loves and thinks is so … but can be a little embarrassing for parents. For days, we talked about our “watermelon” coins from “Gwatermala.”

When Paul wrote “God loves a cheerful giver” (2 Corinthians 9:7), what did he mean? Apparently, God smiles when we give from a willing heart. When God sees that we are grateful for the many blessings He has given us and that we want to give some of those blessings back to Him, He is well pleased.

There’s a story in the Book of Acts about a couple named Ananias and Sapphira. They were not cheerful givers. They did not make God smile. They conspired to sell a piece of land and give part of the money they had received to the apostles under the pretense that they were giving all that they had received for the property.

Peter, however, saw through their conspiracy and reprimanded them by saying, “Ananias, why has Satan filled your heart to lie to the Holy Spirit and keep back part of the proceeds from the field? Wasn’t it yours while you possessed it? And after it was sold, wasn’t it at your disposal? Why is it that you planned this thing in your heart? You have not lied to men but to God!” (Acts 5:3-4).

This story has a very sad ending. God judged both Ananias and Sapphira, and they died on the spot. Their death did not go unnoticed by the early Christians either. According to Luke, “great fear came on the whole church and on all who heard these things” (Acts 5:11).

Giving is very serious business with God. In Malachi 3:8, God posed a poignant question to the people of Israel: “Will a man rob God?”

When they asked how they had robbed Him, He answered, “By not making the payments of the tenth and the contributions. You are suffering under a curse, yet you – the whole nation – are still robbing Me” (Malachi 3:8-9).

Quite often we don’t take God seriously when it comes to the spiritual discipline of giving our tithes and offerings.

How do you view giving?

Do you see it as a duty? Is it a chore? Do you do it out of fear? Do you resent having to give? Do you do it grudgingly? Do you only give when presented with the necessity of a dire need? If you answered yes to any of these questions, you need to take a closer look at who God is and what He expects.

God makes it clear that it’s not only the gift that counts, but it’s the attitude with which we give it. Paul said it this way, “The person who sows sparingly will also reap sparingly, and the person who sows generously will also reap generously. Each person should do as he has decided in his heart – not reluctantly or out of necessity, for God loves a cheerful giver” (2 Corinthians 9:6-7).

When we respond in obedience, He makes every grace overflow to you, so that in every way, always having everything you need, you may excel in every good work. The ministry of giving not only supplies the needs of the saints; it also overflows in many acts of thanksgiving to God (2 Corinthians 9:8,12).

(EDITOR’S NOTE – Martha Bailey is a pastor’s wife. She and her husband Waylon minister through First Baptist Church in Covington, La. She is also a mom, speaker and author. This article was adapted by SBC LIFE, journal of the Southern Baptist Convention’s Executive Committee, from “Watermelon Coin” in “Putting My Dress-up Clothes Away: because big girls live in the real world” (Insight Press, 2007). 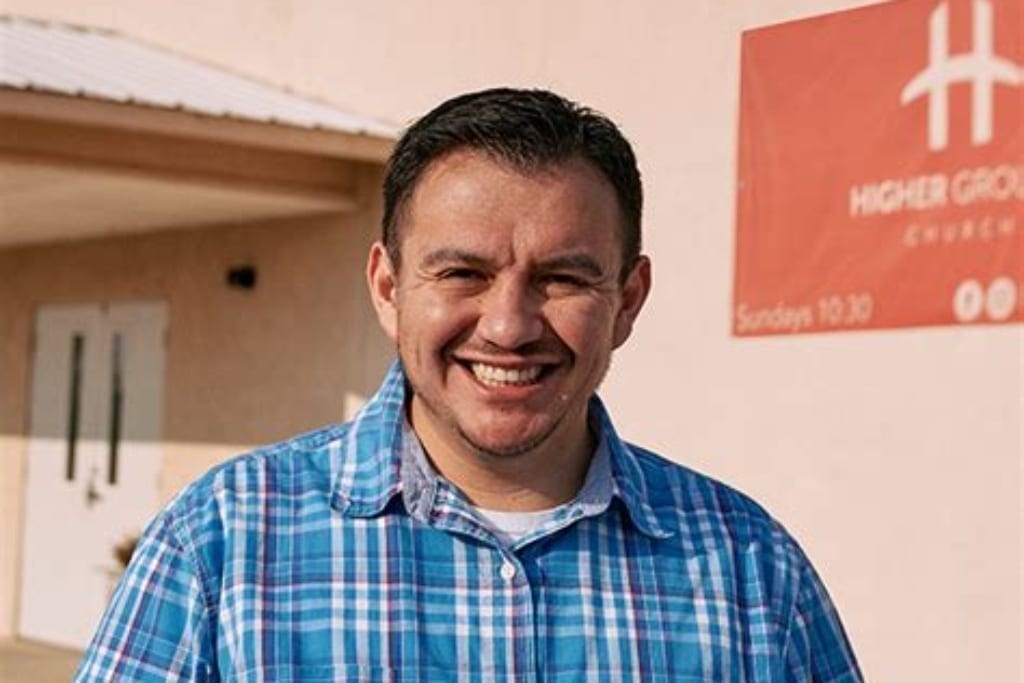 Week of Prayer Day 5: A light in darkness