NASHVILLE – Christians need to intensify their prayers for the Supreme Court in the countdown days to its deliberations on same-sex marriage later this month, according to Frank S. Page, president of the SBC Executive Committee.

Page, who issued a call to prayer for the court [in January], reminded members of the Executive Committee (EC) of the urgent need for prayer during his remarks at the EC’s Feb. 18 plenary session in Nashville.

The court is set to hear oral arguments [this month] on two cases that will either lead to the legalization of gay marriage nationwide or affirm the rights of legislators and voters to protect traditional marriage. It will consider the constitutionality of California’s Proposition 8 March 26 and the federal Defense of Marriage Act (DOMA) March 27.

California voters passed Proposition 8 in 2008 by a margin of 52-48 percent. The amendment stated, “Only marriage between a man and a woman is valid or recognized in California.” It reversed a California Supreme Court ruling that had legalized gay marriage. A district court later declared the law established by the voter-initiated amendment unconstitutional. That court’s decision was upheld by the Ninth Circuit Court of Appeals, paving the way for it to be considered by the U.S. Supreme Court.

DOMA passed both houses of Congress in 1996 with wide bipartisan support – 342 to 67 in the House and 85 to 14 in the Senate. President Bill Clinton signed it into law. Two years ago, President Barack Obama instructed the Department of Justice no longer to defend this federal law. Congress has stepped in to defend its constitutionality.

In his January call to prayer, Page listed five specific ways believers in Christ should pray for the nine justices of the highest court in our nation and for those who will present oral testimony before them.

Pray first and foremost that God’s will be done. Page outlined numerous instances of God’s judgment on individual sin (in King David’s and King Rehoboam’s lives) and on national sin (against the northern kingdom of Israel and the southern kingdom of Judah).

While our preference is for God to extend mercy to us, Page said that the Lord remains a “Righteous Judge” who “punishes the unrepentant heart,” whether an individual, a family or a nation. “If He allowed judgment to fall upon His chosen people throughout history, how much more on a nation that forgets God?” Page asked.

Nevertheless, plead for God’s mercy rather than His justice. Pointing to Habakkuk’s words in Habakkuk 3:2 (LORD, I stand in awe of Your deeds. Revive Your work in these years; make it known in these years. In Your wrath remember mercy!), Page called on Southern Baptists to “pray for the hearts and minds of the justices.”

Though our nation has wandered far from biblical morality, “it only takes five justices,” Page wrote, “to establish the constitutionality of these laws and rescue our nation from the precipice of moral destruction.” He urged Christians everywhere to ask the Holy Spirit to “guide and sway each justice.”

Pray for supernatural wisdom for those who argue for the constitutionality of these two laws. Drawing attention to the ebb and flow of the judicial process, Page wrote, “The law is a fluid thing. It is always being shaped by a combination of factors, including precedent, logic, the effect of past laws on the human condition and even personal charisma of the presenters.”

He urged Christians to “pray that the individuals selected to argue for the constitutionality of traditional marriage will have keenness of insight, eloquence and logical consistency in their arguments and in response to each question directed their way” and that “their arguments will be biblically sound, compelling, reasonable and persuasive.”

Pray that those who argue against biblical truth will be ensnared in their own pride and taken captive by their own conceits. In his remarks to the EC, Page expressed disappointment that the president of the United States had instructed the Department of Justice not to defend the law of the land.

Some of the arguments presented before the court will be intended to deflect the merits of the case by raising peripheral or technical matters that are not germane to the central issue. In his January call to prayer, Page observed that “the Psalmist frequently asked the Lord to let the wicked be caught in their own schemes (Psalm 10:2).”

Pray God’s Word back to Him. Page closed his call to prayer in January by quoting the entire chapter of Isaiah 59 as a “most fitting text for us to pray as we intercede on behalf of our nation.” He noted that the Isaiah passage acknowledges God’s might, His ability and His willingness “to rescue our land from imminent moral peril.” 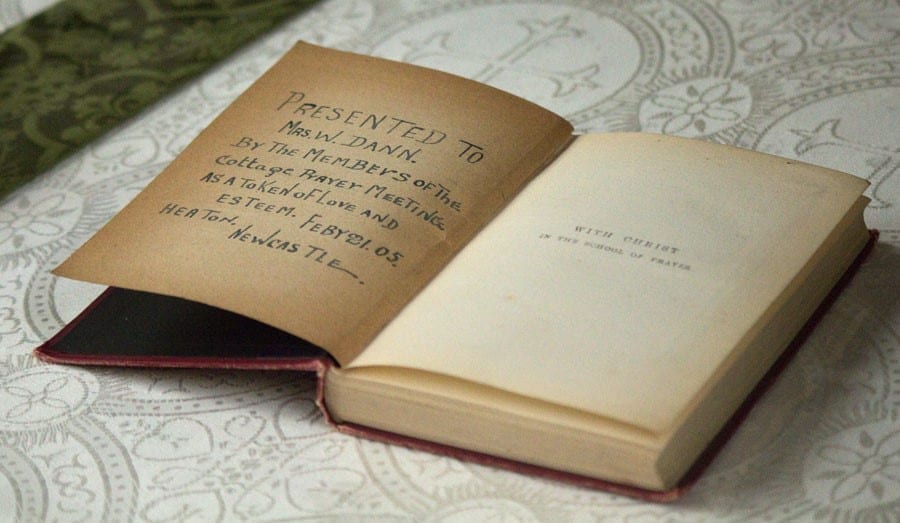