NEW ORLEANS – Pastor, have you ever had a meltdown in the pulpit?

In the news recently, two Atlanta radio jocks were fired for the on-air mocking they did of a New Orleans icon, former Saints football player Steve Gleason who has ALS (Lou Gehrig’s) and lives in a wheelchair and speaks through a computer.

They made fun of him, parodied his situation, and someone role-played Steve speaking of his coming death and such.

It was the ultimate in offensive.

In the article that ran here in New Orleans, one of the terminated idiots (I’m so objective in this story, as you can see) said, “What were we thinking?” The jocks apologized, and in a subsequent story, Gleason said he accepted their apology.

One of the men called it “a moronic two minutes.”

I have had a few moronic two minutes in my long lifetime, and expect some of our readers have also.

I know a pastor who was so exasperated with his small congregation that in a Sunday morning sermon, he berated them for their laziness and unresponsiveness and, working himself up into a lather, stalked out of the service, leaving his people sitting there.

The deacons – I think the church had three – went to him that afternoon to try to bring him to his senses.

Later that day, in the evening service, the pastor apologized to the church and kept on talking. Big mistake. The more he tried to explain why he did what he had done, he slipped into that same rant and once again, walked out of church, leaving the members stunned.

You will not be surprised to learn he was fired that week.

An uncontrolled display of the flesh by an undisciplined minister has aborted many a ministry.

Impulsive anger has caused a zillion problems. (Just the other day, I heard of a man who owned racehorses growing exasperated because a prize stallion kept fading in the stretch and failing to win. In a burst of anger, the owner took a shotgun and killed the horse on the spot.)

Impulsive buying by a husband or wife has ruined many a marriage.

When Margaret and I were young marrieds, we moved 350 miles with our 1-year-old son to enroll in seminary. This was the first time Margaret had ever lived away from her hometown, and I was trying to learn subjects like Hebrew and Greek while holding down a part-time job. The stress on our marriage was considerable.

On one occasion during one of our frequent arguments, I was so angry, I put my fist through the wall. Granted, it was only sheetrock and that’s not hard to do, but the sight of that – and the humiliation of having to go to the campus housing office and report it so it could be repaired – got my attention.

More and more, as I prayed about my temper, Galatians 5:22-23 kept returning to my mind. The solution to my anger, I realized, was not working on anger issues. It was to be filled with the Spirit and let Him bear His fruit through me.

As I grew in Christ, the temper – and everything else – came more and more under His control.


What to do after your moronic two minutes

I apologized to Margaret for the display of the flesh. She forgave me, then said, “I was goading you into it.” Her taking part of the responsibility helped me deal with it.

When any of us have such a meltdown, there is no substitute to the basic Christian steps all of God’s people are asked to do when they sin:

You are not perfect and never will be in this life. But the Lord deserves servants who strive to please Him in all we do.

Uncontrolled and undisciplined anything is always unworthy of Christ-followers.

(EDITOR’S NOTE – Joe McKeever, on the Web at www.joemckeever.com, is a Baptist Press cartoonist and columnist, a former longtime pastor and former director of missions for the New Orleans Baptist Association.) 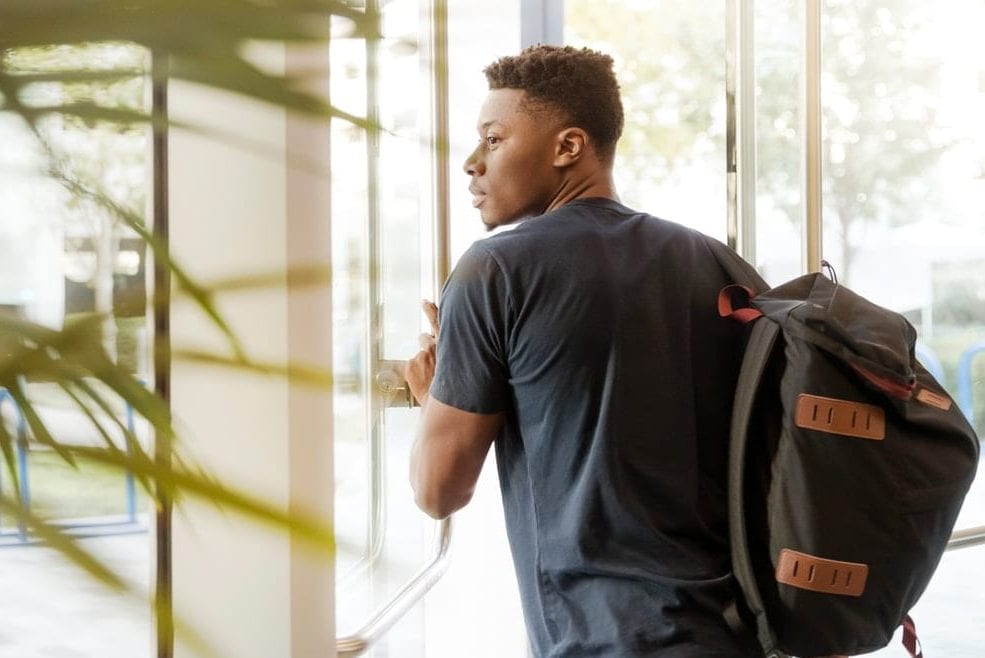 The most important lesson I learned from James Leo Garrett

The problem of evil – for atheists