A matter of righteousness

We share a common burden with our African-American neighbors, brothers and sisters concerning recent events. We are grieved by the egregious and continual harm done to them, repeatedly made evident to our eyes through cellphone images of atrocities and to our ears through recorded words of hatred. This burden is increased by our calling as pastors and teachers within the Southern Baptist Convention, a denomination which began with the desire to defend slave-owners. Herein we are compelled to address our history, continuing racial injustice and our biblical hope.

The Southern Baptist Convention (SBC) was formed in Augusta, Ga., in 1845. While Baptists in the south shared the theology, polity and missionary passion of northern Baptists, the critical social factor bringing division was undeniably the condition of African-Americans as slaves. The first Southern Baptist president explicitly argued that slavery was not a sin and that slaveholders deserved a place in our churches and missionary efforts. In order to justify an unjust social system, race-based chattel slavery, our founding theologians advanced depraved doctrines of humanity and society.

While federal and state laws have since improved in fits and spurts, the culture undergirding and the persons manifesting racism have not always kept up. By the mid-twentieth century, leading Southern Baptists were divided over segregation and civil rights issues. Some, like ethics professor T.B. Maston, stepped forward to argue against racism. Others, like pastor W.A. Criswell, took more time to change, though they did. In 1968, white Southern Baptists confessed to their black Baptist brothers and sisters, “we have come far short of our privilege in Christian brotherhood.” Against vocal opposition, Southern Baptists in 1968 bravely resolved to change their own culture and conduct.

However, the American sin of racism and the SBC’s participation in it called for a public and corporate expression of repentance and lament. Therefore, in 1995, the Southern Baptist Convention passed a resolution on racial reconciliation on the 150th anniversary of the convention to repudiate our own former beliefs, attitudes and actions. The Convention resolved to “unwaveringly denounce racism, in all its forms, as deplorable sin.” Southern Baptists confessed, “Our relationship to African-Americans has been hindered from the beginning by the role that slavery played in the formation of the Southern Baptist Convention.” The framers of the resolution wisely identified our racism as “inextricably tied to the past,” as “individual and systemic” and as held “consciously or unconsciously.”

Today, in our 175th year, this convention has come a long way from its beginnings. We have made significant strides to become a truly multi-ethnic denomination with more representation in churches and in leadership from persons of color every year. In 2012, Southern Baptists elected Fred Luter, Jr. as the first African-American president of the Southern Baptist Convention. In 2020, nearly one in five Southern Baptists are non-white. We rejoice in these evident fruits of repentance, but much remains to be done.

We are convinced by recent events in our nation that the Southern Baptist denunciation of racism in all its personal and systemic hideousness must remain as much a priority after 175 years as it admittedly did after 150 years and 123 years. The racial divide continues to wound us all. Just in the last few weeks, examples of racism have been witnessed across our land. In each situation, precious persons with a God-given inherent dignity appear to have been considered differently, judged partially, and treated brutally because of the color of their skin.

We know the white experience and the black experience in our nation are not the same, and we hope to change that injustice.

We have also been astonished to hear some who identify themselves as Christian theologians making arguments that contradict the content and spirit of the 1968 and 1995 SBC resolutions. Among other errant ideas we have heard are the following: That scripture does not command the reconciliation of all peoples; that the Word of God advances the system of slavery; and that oppressed peoples ought not seek freedom from wicked systems. Further, we are disheartened to hear people explain the deaths of unarmed black men with arguments based in supposed white superiority, suggesting that propensities to crime, misbehavior, and standardized test scores are to blame. These specious claims remind us of old ideas that Southern Baptists more than once resolved to denounce.

As Southern Baptist pastors and theologians committed to the 1968 statement and 1995 resolution, we rebuke any and all teachings which undermine the inherent dignity of the Image of God, the unity of humanity in creation and the unity of the church in redemption as worthy of formal exclusion. We decry claims that Christians ought not be concerned with matters of human justice. Righteousness characterized the concerns of the prophets and the apostles and the holy God who inspired them to speak His inerrant truth boldly to fallen human beings. Indeed, Christ is righteousness itself (1 Corinthians 1:30). We hope all Southern Baptists will today steel their resolve to exclude all racist doctrines as being contrary to the Righteousness of God.

We wish to speak to the injustice we have seen so as to help shape a better future for the children of both African-Americans and Anglo-Americans, indeed for all who live within this nation’s borders. We hope for a future characterized by genuine respect and immediate care for every single human being. We cannot ignore the atrocities. Some deny the severity of racism and its cyclical backlash, but as we write, riots convulse America’s cities. Lives and livelihoods are being destroyed, and anger is again engrained deeper into hearts. Violence and vandalism are immoral acts which do not adequately address the real problems in our society, but we must not ignore the cultural rot that brought us to this point. America’s repeated cycle of racism and riot must be dealt with at its spiritual and cultural root. The despair and hurt of our black and brown neighbors remain all too real.

We and our wives have had many conversations with our black Baptist brothers and sisters. As we listen, we discern a profoundly different reality than our own: African Americans are often stopped and questioned by police for no apparent reason other than skin color. Parents of black children feel that it is necessary to instruct their young boys and girls in how to help interactions with officers from becoming a misunderstanding that may lead to violence. What may be a matter of confusion for our children may be a matter of life and death for their children. They regularly hear the noise of car doors locking as they walk through a parking lot. Friends warn them of towns where they should not stop for gas and food while traveling. Interracial couples are stared at inappropriately in public. Racists whisper horrific names as they pass white parents who adopt black children. These are the cultural realities which God’s own beloved children face. We cannot change what has happened to them. However, we can acknowledge such prejudice and evil exists and grieve the harm it inflicts upon bodies and souls. We know the white experience and the black experience in our nation are not the same, and we hope to change that injustice.

Our concern for the suffering of our black and brown neighbors is not driven by politics nor derived from ideologies alien to scripture and the Christian tradition. Rather, we come to these conclusions and possess these purposes through reading scripture together in prayer with our brothers and sisters from across centuries and across cultures. With the church universal, we proclaim the focus of scripture’s message is the gospel of Jesus Christ: The Son of God became a human being, died on the cross for all our sins, and arose from the dead to justify whosoever will believe in him (1 John 2:2; Romans 4:24-25; John 3:16; the Apostles’ Creed; the Nicene Creed). The profoundly good news of the humbled and exalted Jesus Christ indicates God personally values all people and calls us to emulate his servanthood (Philippians 2:4-11).

The Holy Bible teaches that every human being is created in the Image of God (Genesis 1:27; Hebrews 1:3), that all human beings descend from Adam and Eve (Acts 17:26), and that all human beings are invited to become disciples of Jesus Christ (Matthew 28:18-20). Our Lord Jesus directly contradicted racism in a number of ways, including his powerful retelling of the history of the despised Samaritan who showed more respect for the inherent dignity of an injured man than did the hypocritical religious leaders of the latter’s own nation (Luke 10:25-37). Through the grace of union with Christ, we recognize no distinction between ethnic groups (Galatians 3:28; Acts 15:11). All those who truly receive the gospel of Jesus Christ become one with all others who receive the gospel of Jesus Christ. Our Lord tore down the dividing wall between us and united us in one new humanity (Ephesians 2:13-22).

Our purpose, borne of love for all people, is to call racists to repentance and restoration in Christ and to identify ourselves with our African-American neighbors. We wish to help carry our whole faith family’s burdens, perhaps helping provide a better future for us all. We admit we have learned much, yet we must listen even more to what our brothers and sisters speak regarding the reconciling and restorative work of God for all of our lives. We recognize that some may not be willing to carry such burdens. As we seek unity with all brothers and sisters in Christ, we lament the necessary divisions that tightening our union with African-American Baptists may create with others.

Whatever our burdened hearts and correct doctrines say, words would ring hollow if Southern Baptists were to leave in place the crooked paths of yesterday, paths which still have only been partially straightened. We are living in one of the most trying times in our history. The relational tension, personal stress, and social angst cannot be ignored. We can overcome this moment filled with pain, confusion and anger if we embrace the equal worth of all people, listen willingly to our various perspectives, strive sincerely to find common ground in truth and love and value leaders who provide wise direction with compassion, conviction and character. We can overcome the divisions of the past in our hearts, in our churches and in our nation as we seek true Christian unity with one another. We pray all will join us in doing so.

Ultimately, we long for the day when all people will worship together as one at the feet of the triune God, without regard to the divisions of culture, language or nation (Revelation 5:9). Until then, we will stand with our African-American neighbors in your ongoing social trauma, letting you know we are with you. We wish to carry your burden with you and thus fulfill the law of Christ, the righteous ruler who will judge all unjust rulers (Galatians 6:2). We desire for you to know the righteousness and comfort of Christ (Romans 5:1-5). We care for you, brothers and sisters, as fellow members in Christ’s one body (1 Corinthians 12:35). We desire for you to flourish in full freedom, and with you we long to see the Lord’s “judgment run down as waters, and righteousness as a mighty stream” (Amos 5:24). King Jesus, come quickly (1 Corinthians 16:22; Revelation 22:20). 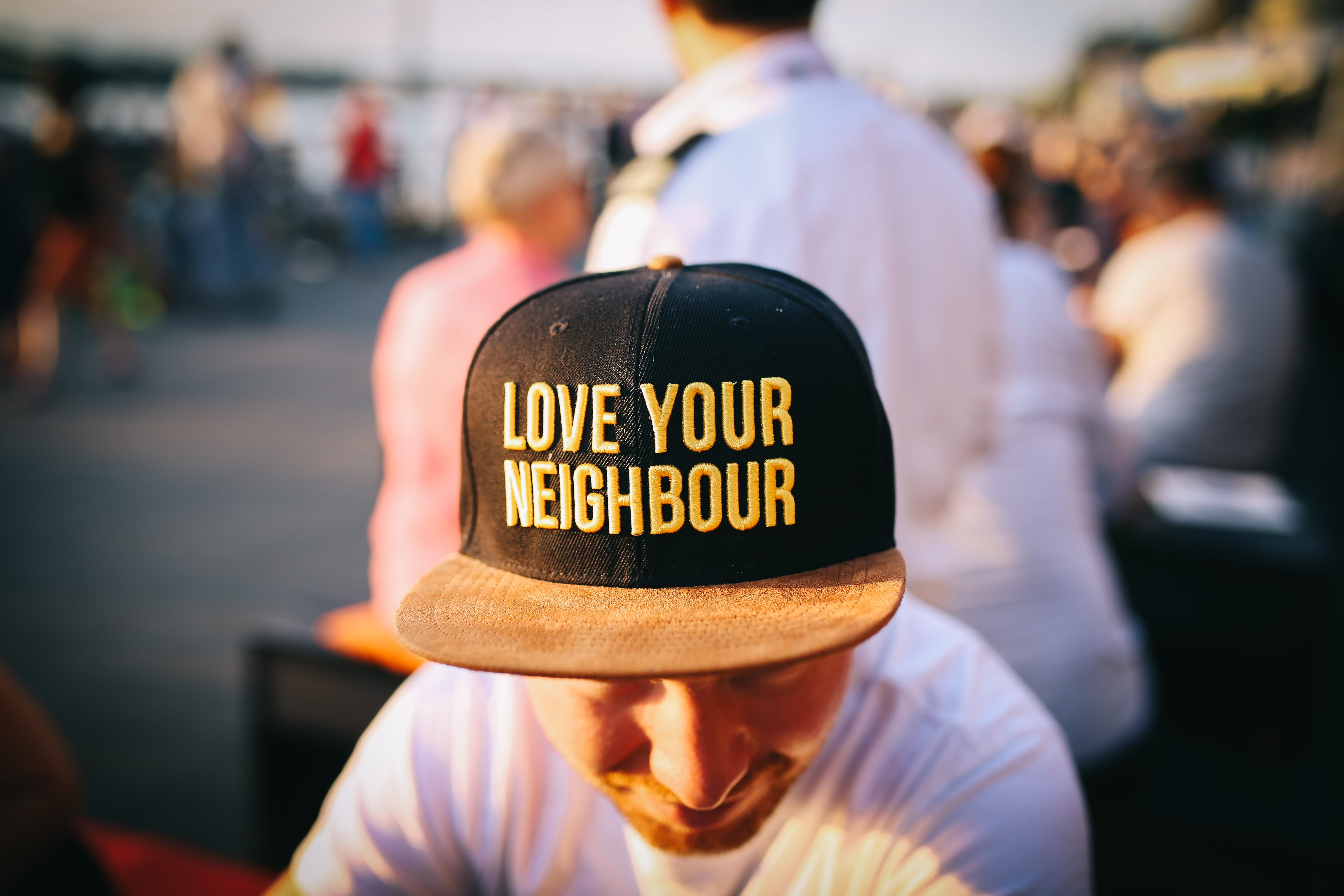 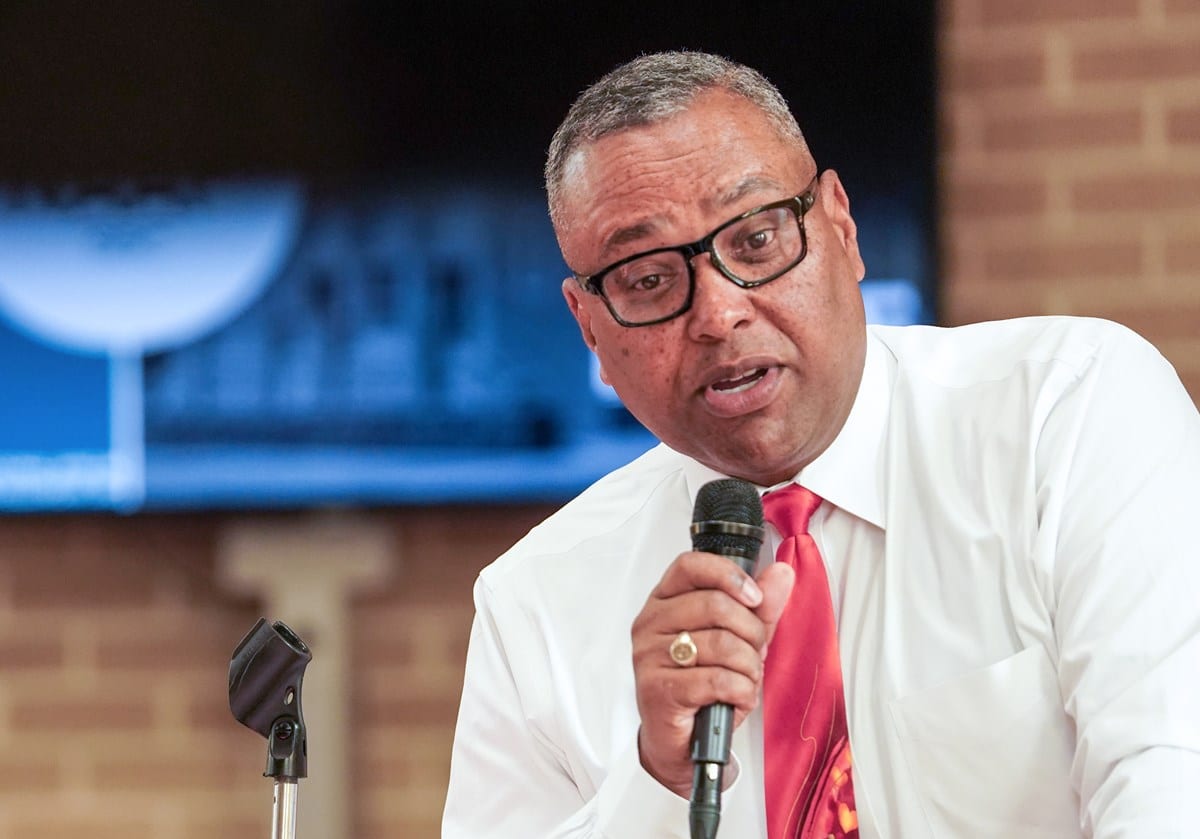