Even with the political divisions in our country, it should be our aim as pastors and evangelicals to prioritize the gospel of Jesus Christ and diminish, as much as possible, the division politics causes in the body of Christ.

Unfortunately, sometimes political conversations are unavoidable in the life of the church. Just the other Sunday, several members were discussing the recent impeachment proceedings. If that weren’t enough, Mark Galli’s Christianity Today editorial “Trump Should Be Removed from Office” stirred even more tension within evangelical circles.

Galli’s article prompted a number of responses, not the least of which came in the form of an open letter signed by nearly 200 evangelical leaders. Regardless of the outcome of the impeachment proceedings within the Senate, there will remain significant tension within evangelicalism regarding politics and the 2020 election.

Personally, I think it is wise to keep as much political tension out of the church as possible. The more we allow it to divide us, the less effective we will be in evangelizing the lost. I’m not going to get into the details of the impeachment, nor defend either side of those within evangelicalism. As pastors and church leaders, we must remember and be gracious with the following reminders.

1. We might not be who we choose to vote for.

As a democratic republic, we have the privilege of voting for politicians to represent our values and interests. But because of our two-party system, the presidential candidates may or may not reflect our values or the character we wish to be associated with. At times this dynamic creates an unappealing “lesser of two evils” choice. Many people vote out of a sense of duty and conscience. Others vote against a candidate rather than for another one. Just because someone may have voted for a Democrat or a Republican does not mean that person automatically carries the same values, character or even holds all the policies of the candidate.

Voting for someone and defending someone require different levels of engagement. While some are pleased with current policies or were pleased with the previous administration’s policies, we do not have to defend said politicians. If we defend a politician’s character in the midst of immoral or sinful behavior, we can become guilty of overlooking or defending sin. We must be careful here. Whatever your positions, when we defend the indefensible, we run the risk of losing our witness.

3. We must be careful to retain a prophetic voice.

As Christians, we must be willing to speak prophetically and evangelistically. When politicians act immorally or unethically, we ought to speak out. When unethical and immoral platforms are being promoted, we ought to speak out. If we do not retain a prophetic voice, we will lose our witness in the world. And as Christians who have an allegiance to the kingdom of Christ, we should be willing to speak out prophetically regardless of the party in power or the party we align with.

4. We should occasionally get out of our echo chambers.

In their excellent work The Coddling of the American Mind, Greg Lukianoff and Jonathan Haidt explore the tensions related to the “us versus them” culture that is so prevalent in contemporary politics. Part of the reason we are so divided is that we are able to get our information within our own chosen echo chambers of news. Social media plays to this reality as well. Clicks and likes form the basis for populating the articles on your feed. I’m not suggesting that you should watch, listen or read all news from all sources, but you should have a variety of news sources. At the least, we should recognize that each news source carries a bias. Using multiple news outlets helps us be more objective.

Might I humbly suggest that you get your news first from the Biblical Recorder. While the Recorder will not give you a rundown of the latest impeachment news, their staff is committed to news from a biblical worldview aiming to help Baptists fulfill their disciple-making mission.

(EDITOR’S NOTE – Chris Hefner is senior pastor of Wilkesboro Baptist Church and vice chair of the Biblical Recorder’s board of directors.) 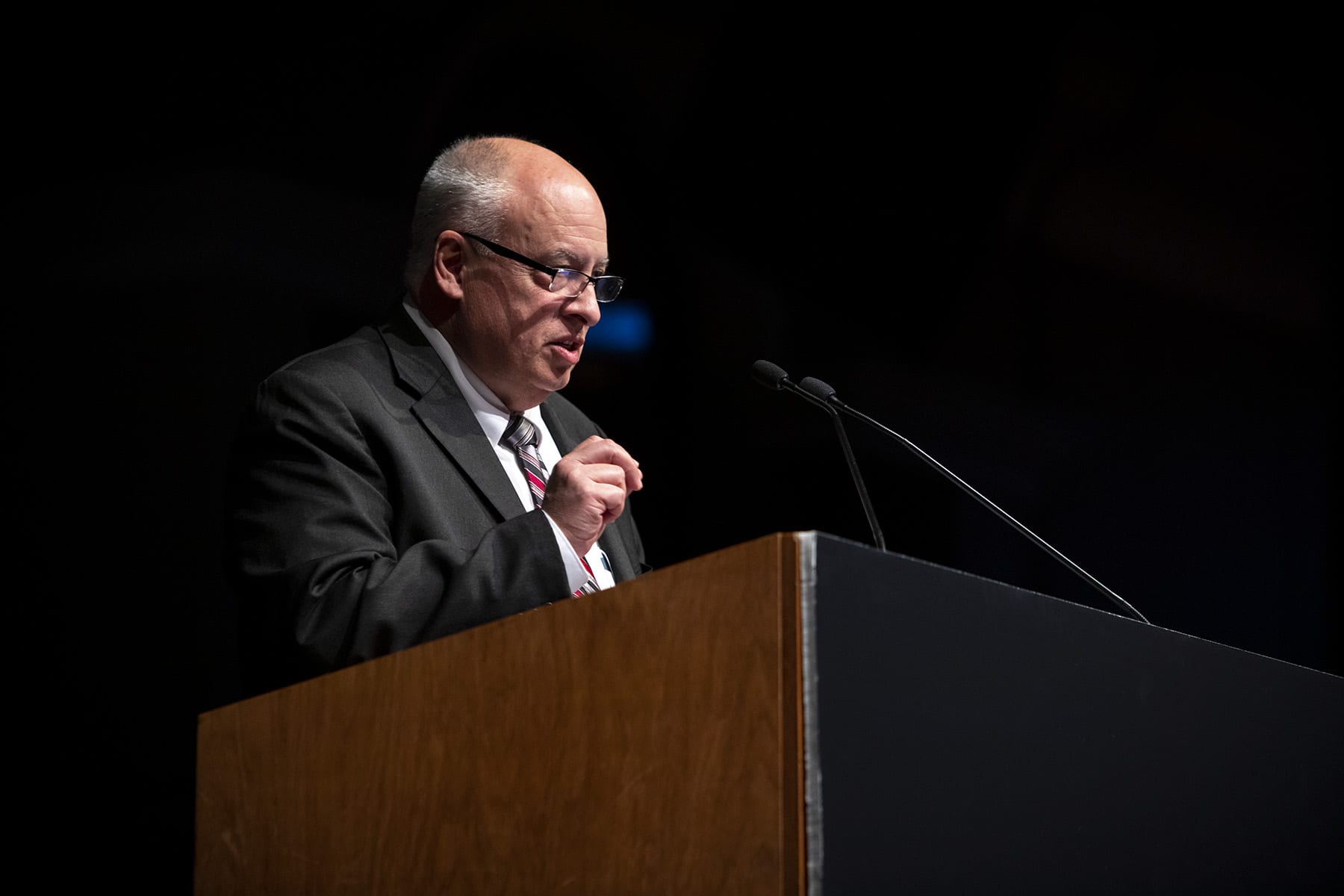 Keeping the ‘main thing’ the main thing during a political year