The tragic fall of Afghanistan’s government has led the international community to rally to assist evacuees fleeing the Taliban. More than 1,000 of these Afghan evacuees are slated for resettlement in North Carolina in the coming months.

As a pastor, I have been getting lots of questions about this crisis. Many of the questions are rooted in compassion with a sincere desire to help, like “How can we help people arriving overcome culture shock?” or “How can we meet basic needs like housing, clothing and food?” Other questions reveal cynicism, angst and fear, such as “How do we know people coming here can be trusted?” or “How do we know they are who they claim to be?” These questions, which are also asked about asylum-seekers at our southern border, aren’t new, but are actually the same questions that the early church was asking.

In fourth-century Antioch, Archbishop John Chrysostom objected to the congregations who were complaining about poor foreigners (including refugees and economic migrants) arriving in their city: “But to what extent do [the poor] seek to deceive you? They are fugitives, they say, strangers, worthless creatures, who have left their native land and are gathering in our city. Do you resent this, tell me, and do you pluck the crown of honor from your city, because all men consider it a common refuge, and prefer it to their own land? Nay, rather, for this reason you ought to exult and rejoice, that to you, as if to some common market, they all run, and consider this city their common mother.”

So if we accept Chrysostom’s challenge to reject suspicion, which is easily maintained from a distance, how should good neighbors receive those “who have left their native land and are gathering in our city”? The epistle of James, perhaps the oldest book in the New Testament, says that mercy triumphs over judgment (James 2:13). Mercy (compassion, gentleness or steadfast love toward others) is all over the Bible. More than 60 times throughout the Old Testament, mercy is used to describe God’s actions. When Jesus tells the story of the Good Samaritan, the concluding description of what it looks like to “love my neighbor” is to show mercy. Mercy is an important attribute of God and therefore must be a defining characteristic of people who know Him, love Him and are being conformed to His image.

So what does showing mercy look like? As people who have received great mercy from God, we become like Him and extend mercy to those around us. James goes out of his way to make sure readers know they need to include the poor, because God’s kingdom does not operate like the world’s systems (James 2:1-7). My friend, Pastor Rich Bowman, recently noted that James’ exhortation to be “unstained by the world” (1:27) is countercultural because prioritizing caring for the vulnerable and marginalized is at odds with the world’s tendency to favor the rich and well-off. In Matthew 25, Jesus makes it clear that the difference between those who followed Him and those who didn’t was their care for the poor and vulnerable. As people in vulnerable circumstances, refugees and other immigrants are prime candidates for a mercy that welcomes them and meets their material needs.

Over the years, we have seen many of our church members engage in healthy, merciful relationships, opening their homes to people with different religious or political views or socio-economic status. Some members relocated to communities where they could live side by side with refugees and immigrants, not as proselytization projects, but as neighbors. Those relationships led to after-school homework help for kids and ESL classes for adults, driving lessons for moms and new businesses. Other members created employment opportunities, pathways for careers and affordable housing options for families with no credit history. We love seeing the body of Christ valuing others as fellow image-bearers of God, rather than for what they can do for us.

Like James’ first-century readers, we must be doers, not only hearers (James 1:22), in response to this message. Here are three action steps, applicable to every community and every vulnerable person: First, contact a local refugee resettlement organization or immigration clinic like World Relief and Send Relief to find out how you can help build just and welcoming communities for refugee and immigrant neighbors. Second, contact your U.S. senators and ask them to show mercy by creating stable pathways to citizenship for immigrants who don’t currently have that option. Finally, pray fervently for the well-being of newly arriving refugees, that the United States will be a true home for them.

(EDITOR’S NOTE – K.J. Hill is pastor for community development and outreach at the Summit Church in Durham, N.C. Reema Nasrallah is director of mobilization and operations for the Summit Church, Chapel Hill campus.) 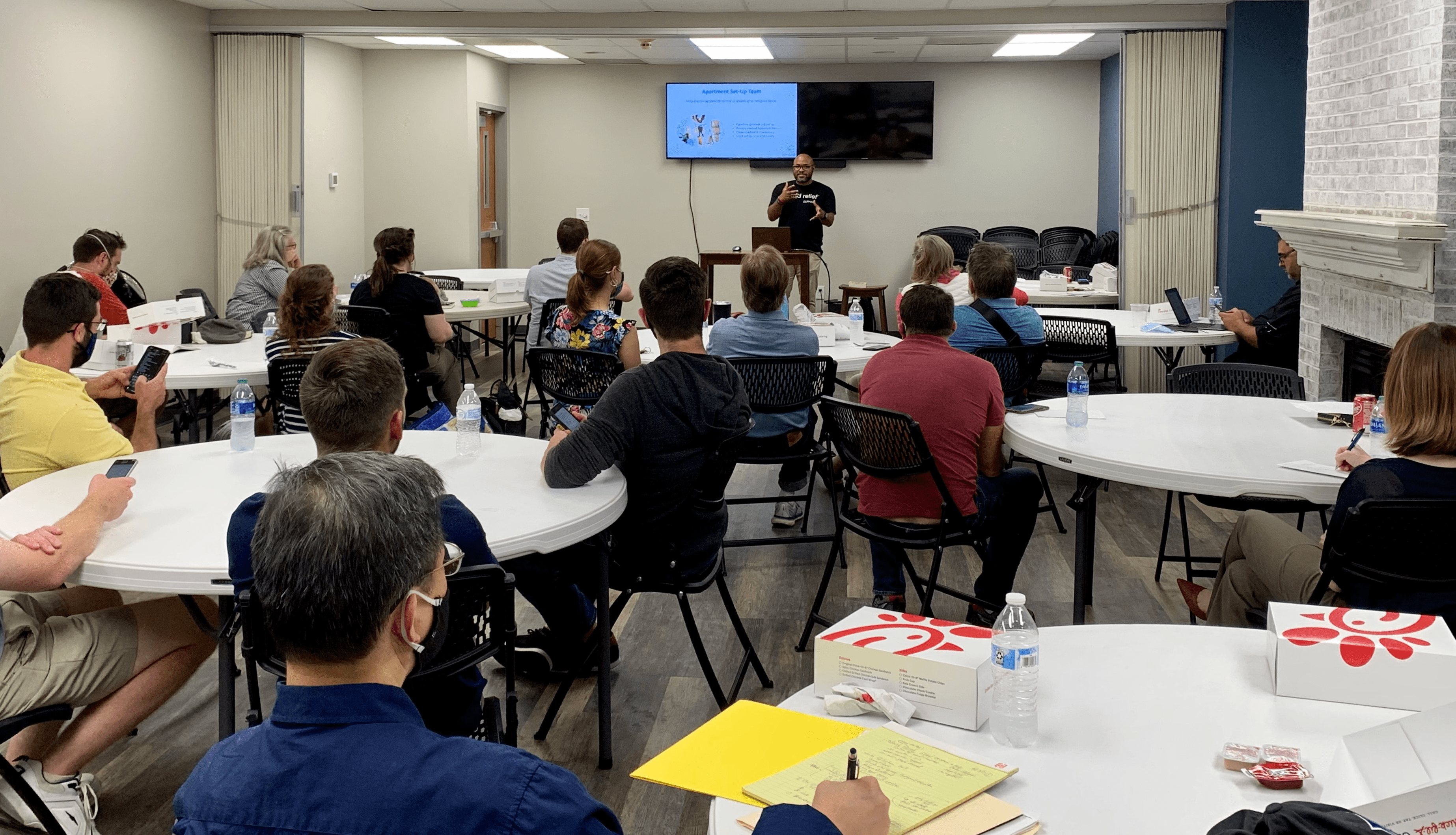