Ongoing prayers for the end of Roe

Nearly 50 years ago, the U.S. Supreme Court legalized abortion nationwide through its decision in a case known as Roe v. Wade. Since that time, millions of Christians have been praying for the reversal of that decision, and now there are strong indications the high court is closer than ever.

On May 2, a national news outlet released what it claimed was a draft opinion signaling that the court intends to make a decision in the current Dobbs v. Jackson Women’s Health Organization case that would overturn Roe v. Wade. The high court later confirmed that the draft opinion, while not final, was authentic.

If the court comes to that final decision, it would remove federal protection for elective abortions and represent a pivotal moment for our nation. The sanctity of life is a profound moral issue.

Pre-born children, like all humans, are made in the image of God and worthy of our care. That conviction has roots deep in Christian theology, and it extends far beyond the latest political or judicial moment. What will it take to make abortion unnecessary and unthinkable?

The end of Roe v. Wade would not signal the end of our prayers and advocacy on behalf of vulnerable and voiceless children, but rather a new beginning. While we should celebrate any progress made toward stronger protections for unborn lives, there is still much work to do.

As we strive toward a day when every image bearer receives the honor and dignity they deserve, we must remember that prayer is not our last resort. It’s our primary strategy.

Here are four ways you can pray in the days ahead.

Pray for members of the U.S. Supreme Court.

The nine justices that make up our nation’s highest court will receive an immense amount of political and social pressure as we await their final decision on Dobbs v. Jackson. Chief Justice John Roberts has expressed a strong desire for the court to stand against undue pressure. Pray for them to have wisdom and courage from above so they can render a judgment in accordance with godliness.

Overturning Roe v. Wade would not ban abortions nationwide, but rather leave the issue up to each state legislature. For years, many state representatives have been doing the necessary legislative work to shore up protections for the unborn. Pray for these local leaders to continue working diligently.

Pray for churches to extend compassion and care.

There is a common misconception that Christian pro-life advocates only care about children up until birth. A 2013 report by Barna Research indicates that practicing Christians adopt children at more than double the rate of the general population. In my state, I’m thankful for the Baptist Children’s Homes of North Carolina, which has been leading in this effort for many years. We are working together on an ambitious goal to end childhood homelessness in our state through the “Every Child” initiative. Many other conventions and associations have similar compassion ministries for orphans and mothers in crisis. As you pray for these efforts, also ask how you might get involved. While you may not feel called to foster or adopt, there are a number of ways you can support those who do.

Pray for your family, friends and neighbors.

Abortion is a highly controversial issue about which people have sharply contradictory views. Like other topics, it has the ability to stir disagreement and division. The issue may also feel deeply personal and difficult for women who have undergone abortion procedures. Pray for opportunities to speak with conviction and grace about how the gospel of Jesus Christ offers hope and redemption for all people.

May God continue to use us as a movement of churches on mission together—on mission together to protect the innocent, care for the hurting and vulnerable and stand for every man, woman and child made in the image of God. 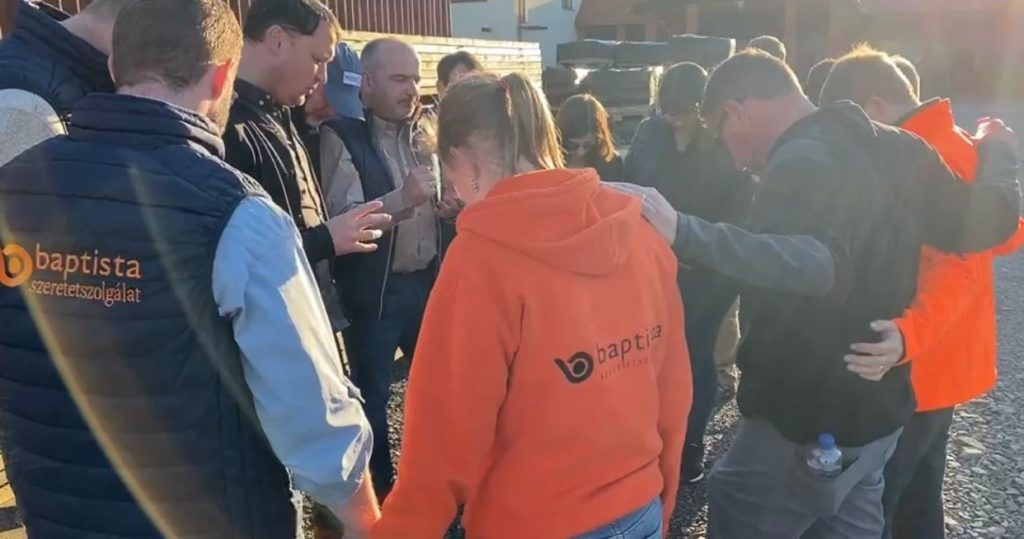 Why God sent me halfway around the world to pray