Before the COVID-19 pandemic, worshipers convened at First Baptist Church in rural Moss, Miss., every Sunday at about the time a tornado destroyed the church this Easter.

“The destruction is unreal. It looks like a bomb went off,” pastor Tony Johnson said April 14. “If it hadn’t been for COVID-19, there’s a possibility that we could have had some church members here that night.”

Days after a series of tornadoes cut a destructive path across nine southern states, killing at least 12 people in Mississippi and at least 22 in other states combined, Southern Baptist Disaster Relief volunteers were trying to practice social distancing while helping Johnson clear what was left of the church.

“The sanctuary, there’s no more,” Johnson said. “And back behind the sanctuary – the nursery was on the ground level, the Sunday School classes on the top level – the top level is gone. There’s nothing left of it.

“The wall caved in on the nursery, the ceiling fell in. But the sanctuary is nothing but a slab with a pile of blocks on it,” he continued. “Every pew that we have is busted open and strewn out.”

In nearby Laurel, Miss., a tornado destroyed the gym of Pleasant Home Baptist Church and damaged the sanctuary, leaving the facility structurally unsound. Pastor Caleb Rawls described the campus as a total loss.

“Due to the structural problems, we’re going to have to do a total loss on it,” Rawls said Tuesday. “Our church building had structural damage, but the gym just looks like a big ol’ wad of metal.”

Neither church suffered fatalities among members, the pastors said. Some members were injured, while others lost friends or relatives. Some homes were destroyed, and others were damaged.

“Because so many of our folks live close to the church,” Rawls said of Pleasant Home Baptist, a congregation of about 100 worshipers, “half of our folk have been impacted directly. We’re on Matthews Road … and the tornado basically went down it. It’s a lot of houses that are now roofless, holes everywhere, or there ain’t a house.”

A portion of the Pleasant Home sanctuary was still standing, and although electrical power had not been restored, the church was collecting supplies and food to donate to the community. Disaster relief volunteers had cleared roads and yards of trees and debris and were covering damaged areas of homes with tarps. Both pastors praised Mississippi Southern Baptists for generously responding to the churches’ distress.

Johnson, pastor of First Baptist in Moss, said he believes the church’s insurance policy will cover rebuilding costs. Of about 100 members, attendance averages about 38, according to the Southern Baptist Convention Annual Church Profile.

Among churches involved in relief efforts is Bassfield Baptist Church in Bassfield, Miss., which was untouched by tornadoes that heavily damaged much of the area. Pastor Ken Roberts said members of Bassfield Baptist have been cooking meals for first responders, community members and volunteers since Monday, while other members have been clearing debris.

“Everyone is sharing things. Everyone is just taking care of the needs of each other, and that’s such a blessing as a pastor to see.” 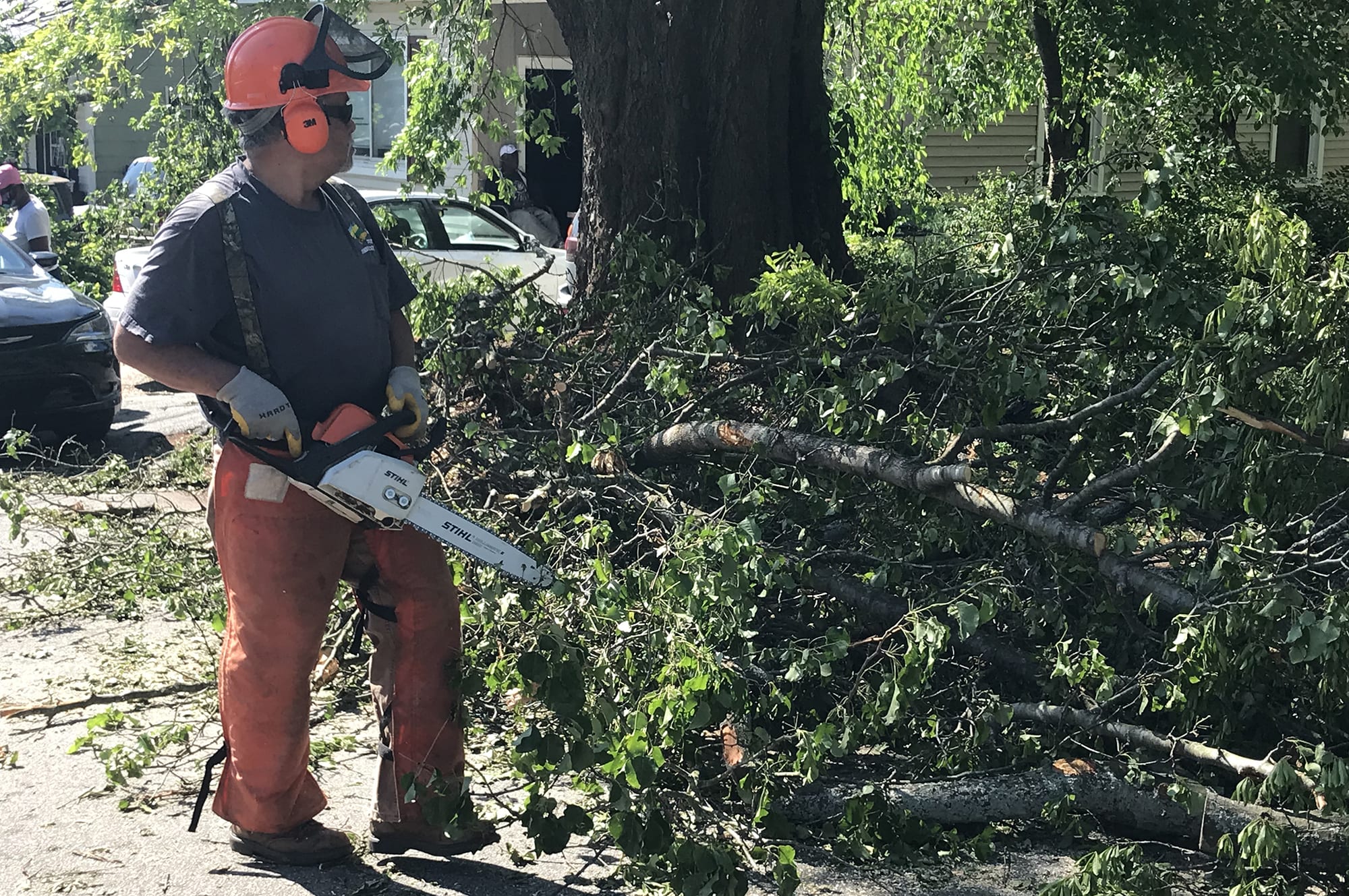 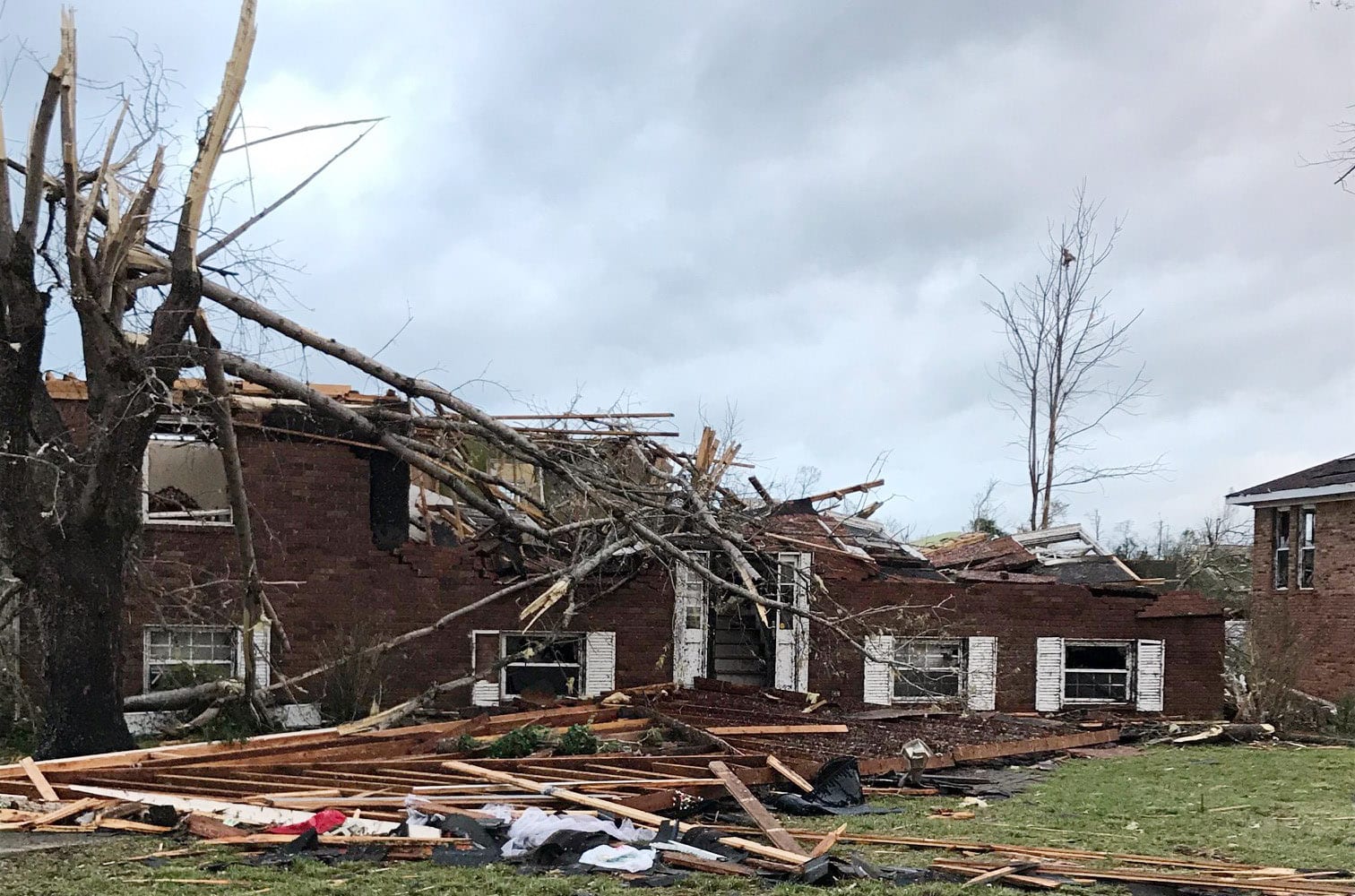