Dan Cathy’s views are in the majority

“Well guilty as charged,” is how Cathy responded to the Biblical Recorder when it was pointed out that some are critical of Chick-fil-A’s support of traditional values. “We are very much supportive of the family – the biblical definition of the family unit.… We are a family owned business, a family led business, and we are married to our first wives. We give God thanks for that.” (View the story here.)

For daring to express his view, he has been labeled homophobic, bigoted and his restaurant chain has been targeted by homosexual activists for a boycott.

The way Cathy and Chick-fil-A have been vilified by some homosexual activists and media reports, you would think that his view is aberrant, marginal and out of step with mainstream America. However, the truth is quite the opposite.

Based on the ballot box, a significant majority of Americans agree with Cathy. To date, 32 states have voted on the issue, and by an average margin of 67-33 percent, Americans in those states have said marriage is between only a man and a woman. North Carolina, in May, was the latest.

If you did not already know this, allow me to point out that if a candidate or issue garners 67 percent of the vote in an election, it is considered to be a landslide of epic proportions. Traditional marriage has even been affirmed by voters in liberal states like Oregon and California. The Golden State affirmed it twice – once with an initiative then with a constitutional amendment.

In spite of what the media seeks to portray, in spite of polls touted by special interest groups, in spite of what homosexual activists insist, if you support the concept of traditional marriage, you are not in the minority in America. Quite the contrary, you are part of a significant majority.

What you are witnessing with Chick-fil-A is an “end justifies the means” political effort to convince society to endorse homosexuality as natural, normal and healthy. This will be achieved if same-sex marriage is ever accepted in America.

There are millions of people like Dan Cathy who affirm a biblical and traditional view of sexuality.

So when the activists want to brand Dan Cathy as a hateful homophobe, don’t be deceived. They are actually calling the 67 percent of the American population who have voted to support traditional marriage hateful, homophobic and bigoted.

Dan Cathy is a hardworking, good man. He operates a good company. In many ways he is just like you and me.

Like many of us Cathy ascribes to traditional values. As a result, many brand him as hateful and his company worthy of boycott. Keep in mind that when they hold Cathy in contempt, they hold the 67 percent of us who agree with Cathy in contempt as well. 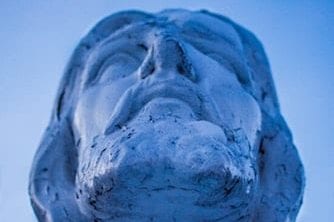