Should women be seminary professors?

Recently, Desiring God published an interview with John Piper regarding the place of female professors at seminary. In his argument, Piper defines seminary as primarily for “those preparing for a role that is biblically designed for spiritual men.” Therefore, since the pastorate is exclusive for men, it would be inconsistent with scriptural teaching for women to teach and prepare male students for a calling from which they, as a mentor, are excluded.

As a seminary-educated woman, I’ve had many conversations with friends and mentors regarding the place for female seminary professors as well as the broader experience of being a woman in seminary. All of my professors were male, but my seminary does employ some female professors and has created initiatives to increase female representation on campus. Currently, female professors teach women’s ministry, biblical counseling and some non-theological subjects such as English, or linguistics/foreign language (excluding biblical languages). I’m encouraged by their efforts.

As expected, the interview has caused quite a stir on social media. A few responses have already been published, including this one from Michael Bird. I appreciate Bird’s defense of women in seminary (and his affirming nod to my own seminary). He is right that many women in seminary feel devalued. That, fortunately, was not my experience.

However, Bird’s argument, while addressing an important point, seems to focus mainly on the value of a female professor as it pertains to advocacy and protection for female students. I am certainly grateful for this consideration. But I also think it is important to affirm the value of female seminary professors for reasons beyond what Piper and Bird present.

First, Piper’s argument focuses solely on the role of the seminary in training pastors. Seminaries exist to train ministers of all varieties. Most offer a wide range of fields of study. At my seminary, we have a number of students pursuing Pastoral Ministry or Preaching, but we also have many who study Biblical Counseling, Christian Education, or, my own areas, International Church Planting and Missiology. In fact, my seminary is well known for its focus on training missionaries. And since 2/3 of the missionary force is female, it stands to reason that seminary can’t only exist to train pastors.

Further, Piper explains that aspiring pastors should be taught by professors who are “an embodiment of the pastoral office.” I agree. But if many seminary students will go on to be missionaries or counselors, does it not warrant mentors who have experience in those fields? And if the Bible does not specifically exclude females from counseling and missions work then would it not be beneficial for students to learn from female professors who have been missionaries and counselors? If a female student can learn from male professors in fields not excluded to one gender, then the reverse should be true as well.

Seminaries do not take the place of the local church.

There is validity to Piper’s position that aspiring pastors should be taught and mentored by those who “embody that role and model that role and inspire for that role through their active involvement as elder-qualified men in the church.” The professor and pastor are different roles, and have different responsibilities with different ecclesial authority. A seminary does not take the place of the local church. In fact, it exists to serve the local church.

Also, seminary is not the only place where students receive this mentorship (nor should it be). Mentors can be found in the local church where students can get hands-on experience and learn from those who are currently pastoring in their context.

If men are actively serving in their local church now, they will be able to learn from their own pastors many things they cannot learn in a classroom. Seminary training only goes so far, but it is a huge asset when coupled with real-life learning in the local church.

There is a small inconsistency in Piper’s argument.

Towards the beginning of the interview, Piper affirms that women should attend seminary to get the best biblical grounding possible. However, if he considers seminary to be a place primarily for pastoral training – which is exclusive for men – then this raises the question of whether women should go to seminary in the first place. Women aren’t training to be pastors, and if seminary solely trains pastors, then women shouldn’t be going to seminary.

Seminary training is more than just a means of getting paid to do ministry, and there are many things one can do with a seminary degree besides teach. Seminary equips students to use their training and gifts to edify the local church. It’s valuable for personal formation. But it is discouraging to know that smart, qualified females desiring to teach others in a formal classroom might not be able to do so in seminaries that equipped them to teach in the first place.

Let us consider what we are communicating by simultaneously encouraging women to pursue seminary education and yet not affording these same women opportunities to use this education in the academic sphere.

There is value in diversity.

God created men and women to be different, in role and function but also ontologically. When we reduce genders to just their roles, we miss out on the glories of our diversity in who we are as image bearers. So, hiring female professors allows for seminaries that glorify God through diversity. Not only can men learn from women, but they should. When they don’t, they miss out on the God-given diversity of our humanity.

When it comes to classes directly related to the pastorate (preaching, pastoral ministry, etc) then I agree that only males should teach those classes. But there is also value to having female seminary professors bring a unique perspective to church history, missions and other subjects.

I am grateful for the women I know who are working towards this end. These women are not entitled or demanding a seat at the table, but they are using their intellect and their gifts to illustrate why they deserve that seat, all the while serving the church in the best ways that they can. I have been encouraged by their humility as they pursue seminary education, not knowing what they might be able to do with it later.

I am also grateful for the influence and teaching I received from my male professors. They were encouraging and supportive as I pursued theological education. I am thankful to have gained their unique perspective on scripture, theology, and missiology. It is because of this experience that I believe men would gain from learning from female professors.

Let those of us who have been afforded the opportunity to receive formal seminary training use it to edify the church. But let us also consider the value female professors might bring to our seminaries.

(EDITOR’S NOTE – Meredith Cook is a content editor for the International Mission Board. She has an M.Div. in Missiology from Southeastern Baptist Theological Seminary. This article was first published at intersectproject.org. Used with permission.) 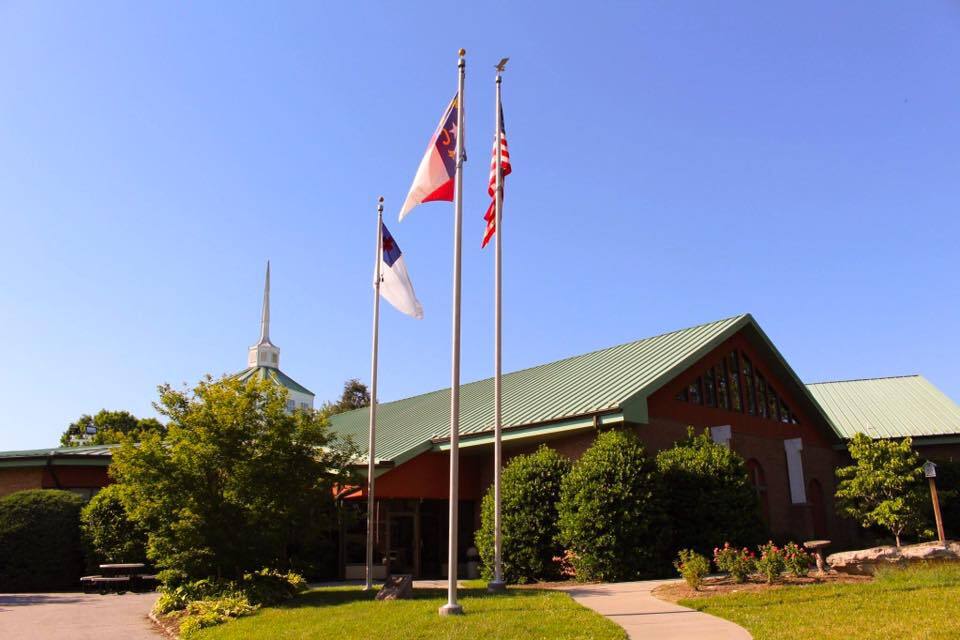