CENTRE, Ala. – Cade Hopper was certain he wanted to be quarterback for the Cherokee County High School (CCHS) Warriors before he was certain about Jesus.

The priorities have since been corrected, but it’s true. Even as a toddler at home he was already wearing black and gold while gleefully slinging the tiny plastic footballs CCHS cheerleaders tossed into the stands after a touchdown.

It was the prelude for Cade’s just-completed senior season, one that included fathers and sons, overcoming adversity, seeing boys become young men and learning that you can be passionate about something while keeping it in its proper perspective.

Dwayne Amos had an idea prior to the 2019 football season. His son, Jack, was a freshman on the CCHS football team alongside Cade. He reached out to Chad, Cade’s dad, on his interest that they start something called the Warrior Network and do the play-by-play commentaries during the season over Facebook.

Neither had any radio experience. But both were proud of their boys and loved Warrior football, and that was enough.

Across America right now, high school football state championships are being won and lost. The lights trained on a 100-yard stage are dimming in small towns and big cities until they blaze again on Friday nights next fall, bringing in a new set of stories, a new set of characters, a new set of never-agains.

Chad and Dwayne knew this season would be one of those never-agains.

Cade and Jack were both three-year starters, Cade at quarterback and Jack as a two-way star on offense and defense who played miles above his 155 pounds. In 122 seasons CCHS had made it to the state championship game only four times, winning one in 2009. This year would be trip number five.

“It was such a blessing,” said Chad, a deacon and adult Sunday School teacher at First Baptist Church in Centre, “to be able to watch your kid perform each week and grow in leadership with his teammates and younger players.”

Hometown announcers are called homers for a reason, and Chad and Dwayne made no attempt to hide their allegiance no matter the location. On a few road trips there wasn’t enough room in the press box, so they Skyped the entire broadcast from the stands.

Even so, there had to be some separation from the role of dad while calling a game. Dwayne didn’t say, “There goes my son on an 80-yard touchdown run!” Nor did Chad announce, “My boy throws the ball for another first down!”

Any sense of professionalism got its ultimate test Aug. 26 against rival Piedmont High.

Although the Bulldogs play one classification below CCHS, they were state champions two of the last three years. The Warriors hadn’t won a game against them since CCHS’ state title run in ’09. Last year, Cade had a miserable outing, throwing three interceptions in a 27-0 loss, the only shutout of his career.

That 2021 loss revealed a cornerstone of Cade’s faith, though. It’s something that allows him to be passionate about something like football while knowing it has a proper place in his life.

“He’s got this view at 17 years old that I probably didn’t have,” Chad said. “This is just a game. Don’t get me wrong, we take it seriously and spend a lot of our time talking football. We’ve been going to college games since he was 4 years old. It’s a big part of our lives. But it’s never been what it’s all about.”

Cade is known as the CCHS quarterback, but also for his faith. He’s attended several Lifeway MFuge camps with First Baptist’s student group and co-leads a weekly devotional for around 15 students in his school gym’s lobby. Chad credits student pastors Lance Hughes of First Baptist and Kevin Daniel of Pine Grove Baptist for their work with the football team this year.

In facing Piedmont, confidence was high despite last year’s outcome.

Cade’s preparation, focus and steadiness came into play with 1:16 remaining and the score tied at 14. Piedmont had missed a go-ahead field goal moments earlier and CCHS was now at midfield.

“We had extra focus and intensity that week,” Cade said. “We were confident we could win. On that final drive, we were so locked in on what we had to do. There were no distractions.”

The call came in – 97 Chi Middle Pivot – an over-the-middle pass to one of Cade’s best friends, senior receiver Malachi Horton. Cade made the throw and Horton made the catch before shaking off a tackle and running to the corner of the end zone for a 21-14 win that notched the series at 38 wins apiece with three ties.

But just as victories give you a platform, so do losses. CCHS squandered a road win in the final minutes two weeks later. On Oct. 14, Cade suffered a partially torn right quad tendon in the first quarter of a key region game.

At first, he was told he could be ready for basketball season. Football was done.

But the kid leaned on his favorite Bible verse – Isaiah 41:10 – to not grow weary or lose faith. He thought about his grandmother, a two-time cancer survivor.

When Cade suffered his injury, the Warriors switched to a run-heavy offense that featured Amos and junior running back Jacob Cornejo.

“I wanted to stay in the game even and contribute however I could,” he said. “Sure, I’d like to throw for a lot of yards, but with my injury, I knew that wasn’t going to happen. I was focused on doing whatever I had to win.”

An extensive rehab schedule put him back on the field three weeks later for the first round of the playoffs. The Warriors rolled into the state championship but lost 28-7 to Andalusia High School.

Chad uses the words “blessing” often to describe getting to call out each and every play of his son’s high school career and into a run for a shot at a state title. But it’s been even more of a blessing to see the influence Cade has gathered as the starting quarterback for a small town’s football team.

“He’s had a platform for a lot of young kids in the community. Losing the state championship was a disappointment, but at the end of the day he knows that we serve a Savior and that’s what it’s all about,” he said. “If you lose your Christian witness over a game, you’re doing it wrong.”

“It was very comforting to have that perspective,” Cade said. “As frustrated as I was after the [title] game, I knew it was still just a game.”

And it’s not like that platform has ended. Cade had a single day after the championship game to rest before hitting the basketball court. One of seven football players on the varsity squad, CCHS’s hoops season had to wait until football was over.

“I’ve been blessed with this position, and a lot of eyes are on me,” he said. “I just want to use the opportunity to set an example.” 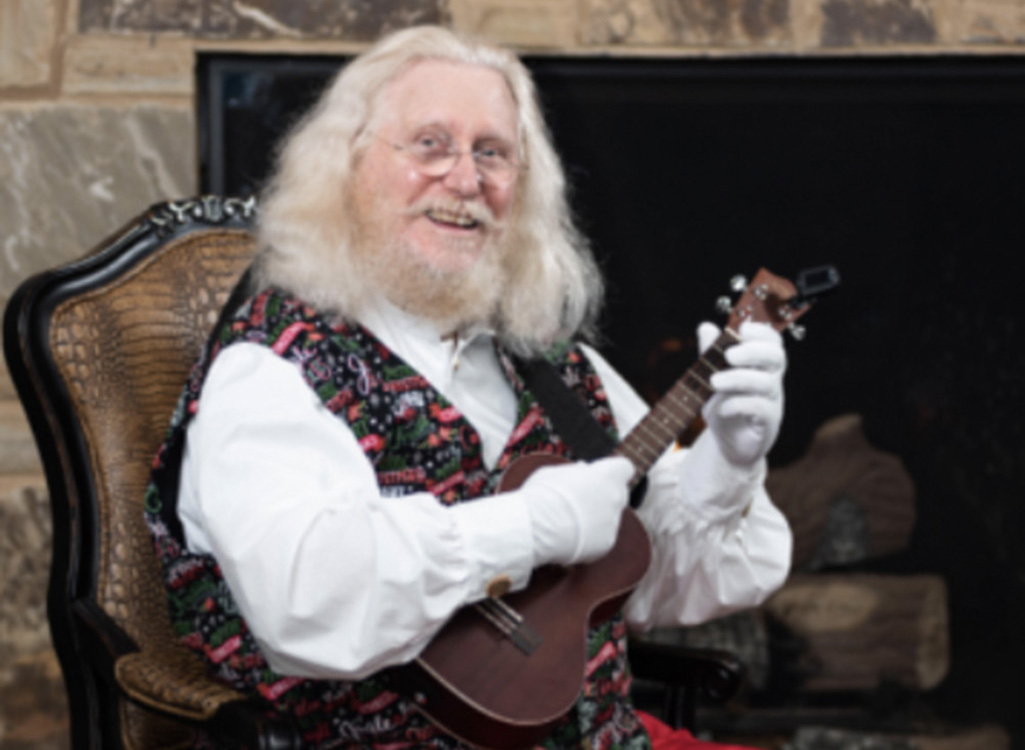 Pastors working as Santas bring joy, extend ministry to others during holidays

By By Tracy Riggs, The Alabama Baptist
December 21 2022 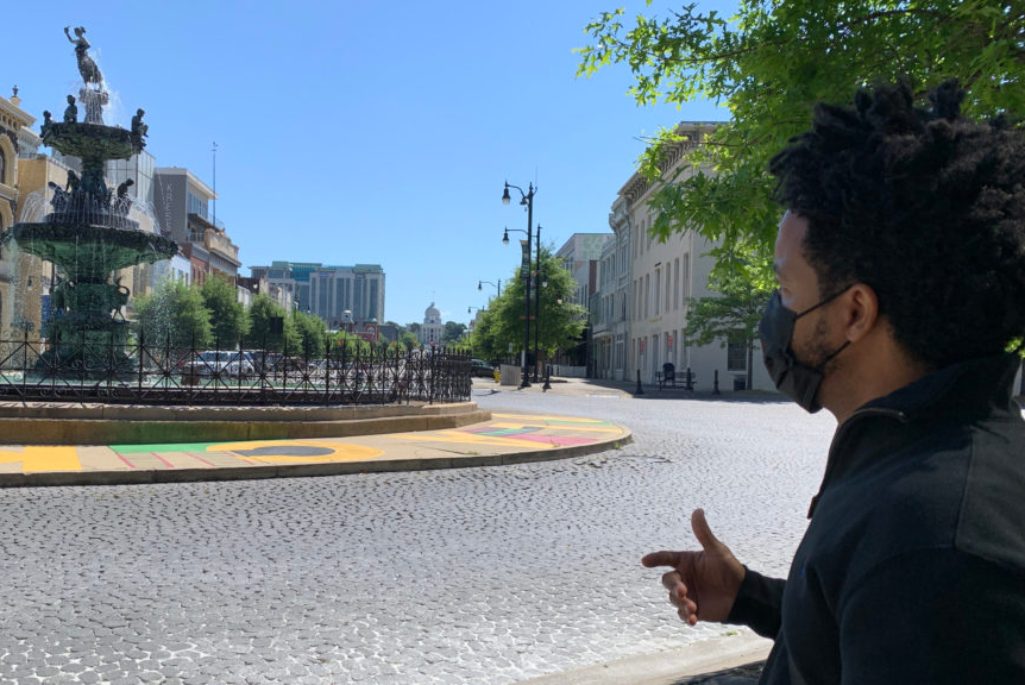