Fruitland Baptist Bible College conferred degrees on 29 graduates in a commencement service at the main campus in Hendersonville on Sept. 11.

President David Horton was warmly applauded when he said Fruitland, founded in 1946, will celebrate its 75th anniversary in 2021.

Horton preached briefly from 2 Timothy 2:14-16, a passage he said is “at the core of everything we do at Fruitland.”

He reminded the graduates to use care in their choice of words. Horton said he has never seen a time in which people are more impressed with the importance of their own words.

“Be cautious about words that are divisive, disrespectful, damaging, unkind or ungrateful,” he said.

Horton said he gets many calls from pastor search committees who do not question a former student’s academics, but rather express concern about a man’s online postings, which the committee feels disqualifies him for service as pastor.

“Don’t just give them your opinions, but rather give them ‘thus says the Lord God Almighty,’” Horton said. “Stop being obsessed with your own words and get obsessed with His Word. Let it get deep down inside your heart. Our words cannot change a life, but God’s words can.”

Chuck Register brought greetings from 4,300 congregations which are part of the Baptist State Convention of North Carolina. Register has served as associate director-treasurer since March of this year.

“Job well done!” Register said. “Today is the day for you to celebrate and we pat you on the back for a job well done.”

Fruitland is owned and operated by the Baptist state convention, and the school gets about half its annual budget from Cooperative Program funds provided by North Carolina Baptist churches.

Like many other schools and institutions across the state, Fruitland had closed its campus earlier this year as COVID-19 raged. The school had already established an online studies program so students could continue their studies.

Still, Scott Thompson, vice president for academic affairs, seemed to blink back tears as he told the graduates it was hard to be on the campus for six months with no students present. He thanked the graduates for handling the current crisis well and with little complaining.

The campus closure also allowed the school to put online for the first time their complete Hispanic studies program plus the studies program for Montagnards. Each program has more than 40 students, Horton said.

Many of the September graduates already serve churches in North Carolina and beyond.

Graduate Cliff McKnight said he was continuing a family tradition of attending Fruitland; his brother, Clint, graduated from Fruitland two years ago, and his father, Chuck, graduated in 1988. Wade McKnight, a great uncle, graduated years earlier.

Cliff is a native of Rockingham, but now lives in the town of Lake Toxaway, N.C., where he serves as pastor of Oak Grove Baptist Church.

“I love Fruitland,” Cliff McKnight said, adding that his father always won admirers for his expositional preaching, which he learned at Fruitland.

“You can tell the guys who come through here, they have a passion, No. 1, but they also have a way of pulling out and expounding on what’s in the Bible,” he said.

Graduate Michael Childers is launching a new church atop a mountain near Brevard, N.C., with help from the Baptist state convention.

The church is seeking to reach people in a nearby “pocket of lostness,” identified by convention leaders as an area where few people are followers of Jesus Christ.

Horton said Fruitland will re-open the campus for full attendance on Sept. 28, with good protocols in place to prevent the spread of COVID-19. Should an outbreak occur, he said the school will be prepared to switch to online studies.

(EDITOR’S NOTE — Mike Creswell is a contributing writer and formerly part of the Baptist State Convention of North Carolina staff.) 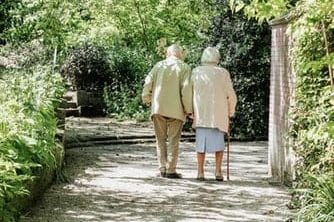