Arkansas State Baptist Convention (ASBC) Executive Director Sonny Tucker shared the news in a video call with International Mission Board President (IMB) Paul Chitwood that was presented on the ASBC’s Vimeo channel. In the video, Tucker explained how Arkansas Baptists had surpassed their 2020 budget with $21,374,103 given through the CP. In addition, the convention’s Lottie Moon Christmas Offering for International Missions surpassed its 2019 total by more than $900,000, coming in at $5,363,083.

In 2016 the state convention affirmed a process by which all overages would be split, with half going to the IMB and the rest remaining in-state to support ASBC ministries. That resulted in an additional $187,051 from Arkansas to the IMB in 2020. When combined, the state’s LMCO, CP designation and overages totals $10,257,752.87 given by Arkansas Baptists to the IMB in 2020.

The ABSC forwards 45.42% of its undesignated receipts to the Southern Baptist Convention (SBC) Executive Committee. Of that amount, per the SBC’s CP allocation budget, 50.41% is directed to the IMB.

“In a year marked with hardships, loss, separation and isolation, it is my honor and privilege to inform Arkansas Baptists of the incredible outcomes of our partnership and cooperation to support missions at every level,” he wrote. “… This surpasses CP giving in previous years and illustrates the heart and passion of Arkansas Baptist churches to see the gospel spread across the state, nation and world.”

Chitwood, in his call with Tucker, echoed those sentiments.

“Arkansas Baptists are among the most generous people in the SBC. To hear this report of staggering generosity that has come in a pandemic year, to know the nations are on your heart and you want the Good News to get to the very ends of the earth is such a blessing to us,” he said. “… Lost people will hear the gospel because of your generosity. It is making an eternal difference.”

Chitwood further noted the large number of Arkansas Baptists who work on the mission field through the IMB as well as those who have given financially.

“You’ve modeled what it means to be Great Commission Baptists, and we’re thankful for you,” he said.

SBC Executive Committee President and CEO Ronnie Floyd said it is “amazing to see how the churches of the Arkansas Baptist Convention continued their faithful financial support in reaching the world for Christ through the CP. Even through a global pandemic, the pastors, church leaders and churches were faithful to the Great Commission.

“I want to thank all of the churches as well as the wonderful staff team of the Arkansas Convention led by Sonny Tucker for keeping their focus on the Great Commission in these difficult times.”

Tucker exhorted Arkansas Baptists to continue giving towards the sharing of the gospel.

“It’s easy to get lost across all of these numbers, offerings and ministries. However, it’s vital to understand the impact of this level of generosity. Because of this cooperative effort, the gospel moves forward to impact lostness right here in Arkansas, across our country and around the world.

“… Even though records were broken and giving increased in 2020, we must not decrease our intensity and focus on cooperative missions. Not only would I encourage you to continue giving through your church to support CP missions, but I would urge you to find ways to get involved. Pray about this question. … How is God pushing you to get involved with community missions, church planting, disaster relief or the international mission field? The need is great and the workers are few.” 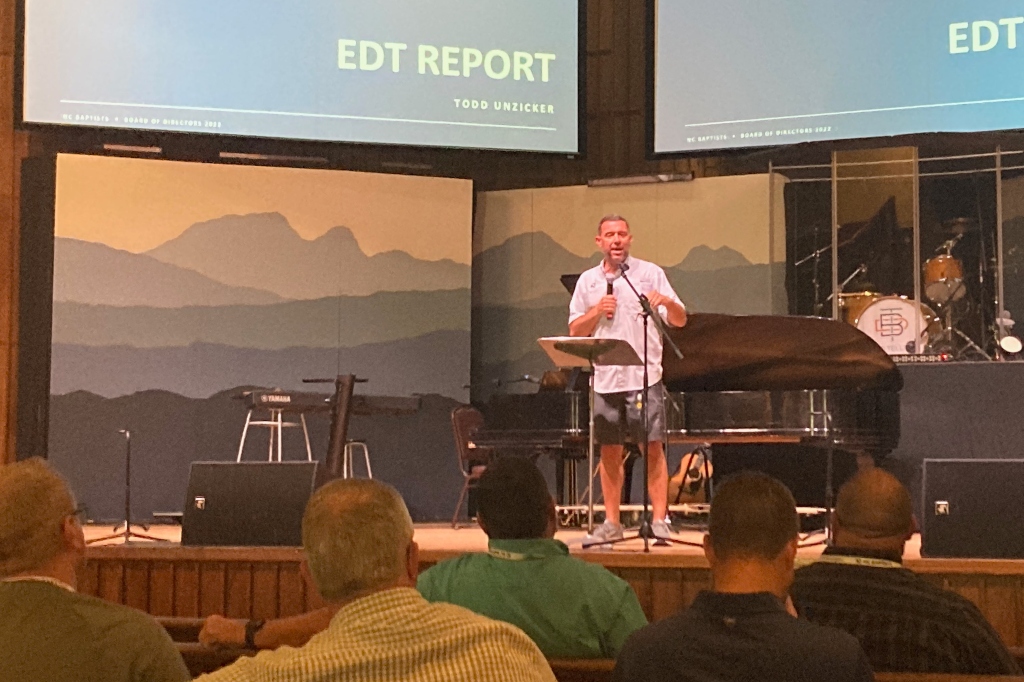