At Sending Celebration, IMB appointees reminded to abide in Christ

After a mission trip to Honduras, Shelton Johnson sensed God calling him overseas. “The Lord just opened my eyes to the need to go,” he said.

But, he had a wife and two kids. He wanted to be sure his family was sensing the call as well. Listening to the Lord’s leading in his family’s life, he waited for Him to call each member of his family, individually.

It started with his 11-year-old daughter, Addyson. She came downstairs one morning after reading Genesis. She said, “Daddy, the Lord told Abraham to go. His response was ‘Here I am.’ What are we waiting on?”

A couple weeks later, his 13-year-old son, Silas, had been doing a book study with some friends. He came to his dad one evening and said, “We’re all called as believers to go. What are we waiting on?”

Next, his wife, Brandy, was reading in Hebrews 11. She called him weeping one day. She’d followed him where his career led him around the nation. “I have supported you for the last 15 or 16 years moving around,” Brandy said, “but by faith, by faith I am called also!”

Fast forward a few years, and Shelton has been leveraging his logistics experience on the mission field, equipping the International Mission Board (IMB) teams that serve in the Americas in logistics and support. The family is involved in a local church plant there.

Shelton shared a story in 2019 of how a local engineer came to faith. God worked through Shelton’s space among overseas business professionals to radically change Eugenio’s eternity.

Now, as they’re being officially appointed by the IMB to continue their service, both Shelton and Brandy are passionate about sharing with others that their skills and career can be leveraged to help reach the nations, no matter their background. They are being sent by Bellevue Baptist Church in Tennessee.

“It doesn’t matter what your profession is. You don’t have to be a pastor or a seminary student. God’s just looking for a posture of obedience,” Shelton shared. “The Lord will do the equipping. It’s a beautiful thing to just have a posture of, ‘Lord, I don’t know what to do, but I will fix my eyes on You.’”

The Johnsons were two of the 24 missionaries participating in a Sending Celebration on Sept. 28 at Beaverdam Baptist Church in Beaverdam, Va. The IMB’s board of trustees approved the appointment of 22 new fully funded missionaries in their meeting, also held on Wednesday. One couple was approved by trustees in May but were not able to attend June’s Sending Celebration.

These missionaries represent those who have made their way through the IMB’s pipeline, first as candidates, and then as approved missionaries. As the IMB celebrates these and the over 1,100 more in the pipeline, they also understand that the need is great, and in order to reach the nations, together, more are still needed to go.

Our primary calling: intimacy, not activity

Jeremy Morton, pastor of First Baptist Church, Woodstock, Ga., expressed how honored he was to be in the presence of these missionaries who are taking the gospel to the nations.

Sharing the story of Mary and Martha, he pointed out that Martha was “distracted by many tasks.” Basically, she was overwhelmed. Mary, on the other hand, was sitting close by Jesus and attentive to His words.

Mary was prioritizing the right thing, Morton shared. “When we prioritize the correct thing – intimacy with Jesus – Jesus gives us the clarity we need to navigate the complexity of the world.”

“There’s only one thing that’s necessary for all of us in every season, every day,” Morton continued. “Every single day, we must intentionally sit in the Lord Jesus’ presence and be filled by His Spirit and His Word.

Work is important and valuable, Morton said, “but work that distracts us from intimacy with Jesus is not good, even if it’s ministry work.”

Morton reminded the newly appointed missionaries and all in attendance, “The primary calling on our lives is not activity but intimacy.”

Why we come together

“Why are we here tonight? Why have we come together?” IMB President Paul Chitwood asked attendees after bringing thanks to Beaverdam Baptist Church for their hospitality and partnership in the gospel.

“We’ve come together because the world has a problem,” Chitwood said.

After noting that the world does, in fact, have many problems, he continued, “There’s one problem that rises above every problem.” That problem is lostness. “We’ve come together because we know there’s a solution to this problem. That solution is the gospel.”

Steadfast missionary presence among the nations is the means to solving the world’s greatest problem. Chitwood expressed gratitude to the missionaries being sent out during the Sending Celebration.

He then posed a question to those attending the Sending Celebration and listening online: “What gifts, what skills of yours might God be calling you to use among the nations?”

He encouraged those who feel the call of God to follow up with the IMB.

“We want you to know that IMB is open for business,” Pourciau said. Visit imb.org/go or email [email protected] for more information about how you can be a part of going to reach the nations together.

Struck by their kindness, broken by their lostness

Bryan and Whitney Jackson felt the call to missions as a couple while doing student ministry in Kentucky.

They’d been involved in short-term trips their whole adult lives. Whitney served for a time as a missionary with the IMB while she was single. She fell in love with the people of East Asia.

When a local church asked Bryan and Whitney to share about missions during VBS, they were more than willing to do so. As they were teaching kids about missionaries, “the Lord really impressed upon my heart that this is what we should be doing together overseas,” Bryan shared.

“I feel like this is what we should be doing together,” Bryan shared with Whitney on their drive home. “Instead of talking about it, we should be carrying this out together to the nations.”

The couple immediately said “yes” to God. Through a series of opened and shut doors, the Lord led them to Japan.

Bryan’s calling to the Japanese was further confirmed one day when he joined Whitney who was teaching ESL (English as a Second Language) to a Japanese family in a Starbucks.

Hesaid, “I walked into Starbucks to meet the family, and the mother greeted me. She was so polite and so kind to me. I’d never been treated with that much hospitality and respect before. When I went back to the car, I was moved. This woman who was so sweet and so kind doesn’t have a relationship with Jesus Christ. No matter how nice she is, that’s not enough. She needs the gospel; her people need the gospel.”

The Jacksons have served a four-year term with the IMB and will be returning as career missionaries to Japan to share the gospel. They are being sent by Post Oak Baptist Church in Kentucky.

The next IMB Sending Celebration will be Nov. 13, in conjunction with the Georgia Baptist Convention Annual Meeting in Augusta, Ga.

(EDITOR’S NOTE – Myriah Snyder writes and edits for the IMB.) 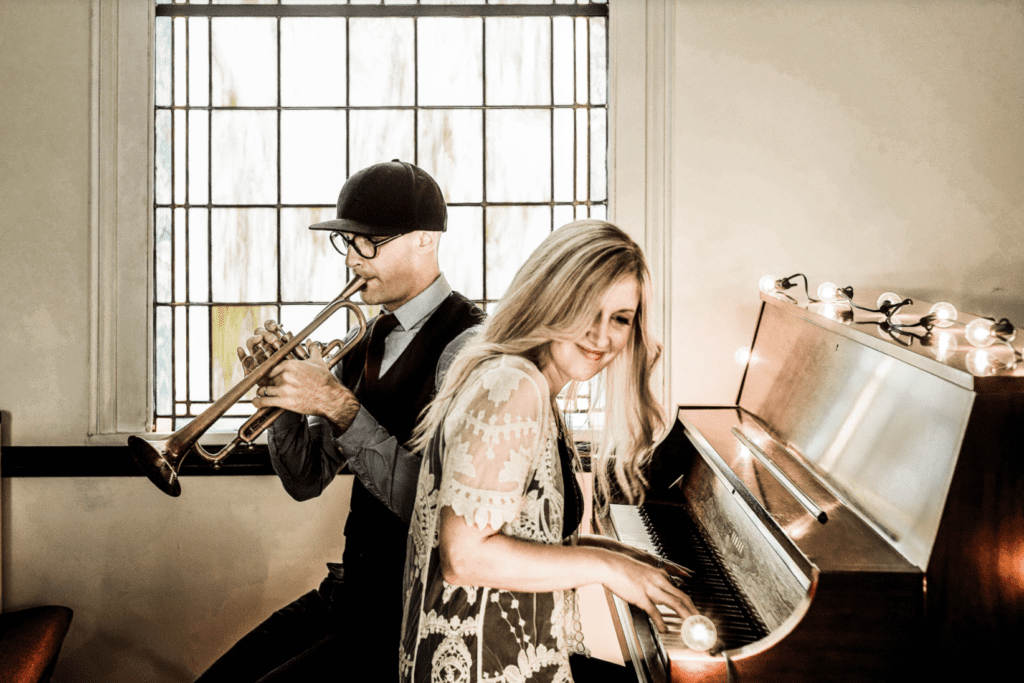 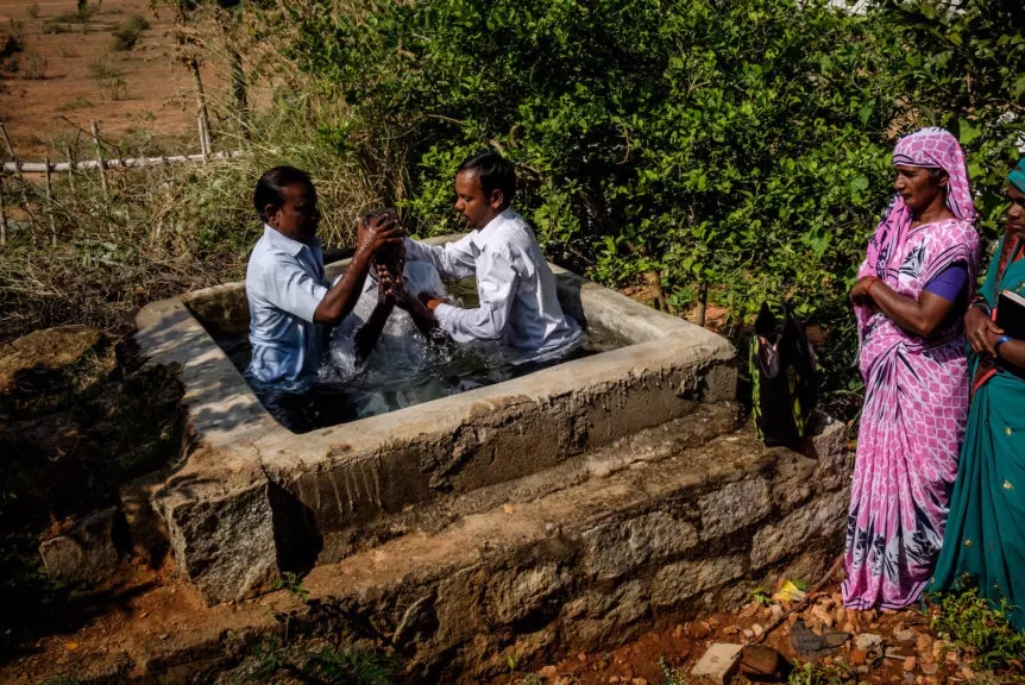