The new graduates of The Southern Baptist Theological Seminary have the same task as that of the shepherds who appear in the story of Jesus’ birth: to proclaim that the Savior of the world has come, seminary president R. Albert Mohler Jr. told fall 2020 graduates in a video message. Due to pandemic-related restrictions, there was no in-person commencement ceremony.

In Southern’s 226th commencement, 236 students received degrees from the seminary – even more than the 208 who graduated in the fall of 2019. The degrees awarded ranged from an array of master’s degrees to doctoral degrees including doctor of philosophy.

In words addressed personally to the graduates, Mohler pointed them to Luke 2:15-20, which he described as the first preaching of the gospel – a fact that’s often overlooked, but one that well illustrates the God-called steward’s most fundamental mission. Mohler charged graduates to endure in that mission faithfully, sacrificially and joyfully.

“They made known the saying that had been told them concerning this child, the saying that the angels had given them,” Mohler said. “We need to do exactly what those shepherds did. That’s really the task of Christian ministry, that’s really the task of Christian proclamation – to make known the saying we have received. It’s not just one saying, it’s not just the angelic declaration of the identity of the baby in the manger, it is beyond that; it is the entirety of all that is revealed in God’s Word.

Mohler said graduation is always bittersweet because in sending out those who’ve completed their degrees, faculty and friends are saying goodbye to cherished personal relationships. Even that is part of preparation for ministry, he said.

“We’re not here to keep graduates,” he said. “We’re here to send them out. There is pain in that, but it is the joyful pain that only a teacher of long experience can understand. Ministry is exactly the same. We receive people, but we don’t get to keep them. We may be in ministry with them and among them for decades, but the reality is we just don’t get to keep one another.

“But the promise is [that] we will be together and in between now and that great day when we are with Christ together, we’ve got a job to do – every single one of us. And that is the meaning of commencement; it’s about getting on with the job, with the ministry, with the calling to which you have been called.”

(EDITOR’S NOTE – Jeff Robinson is director of news and information at The Southern Baptist Theological Seminary.) 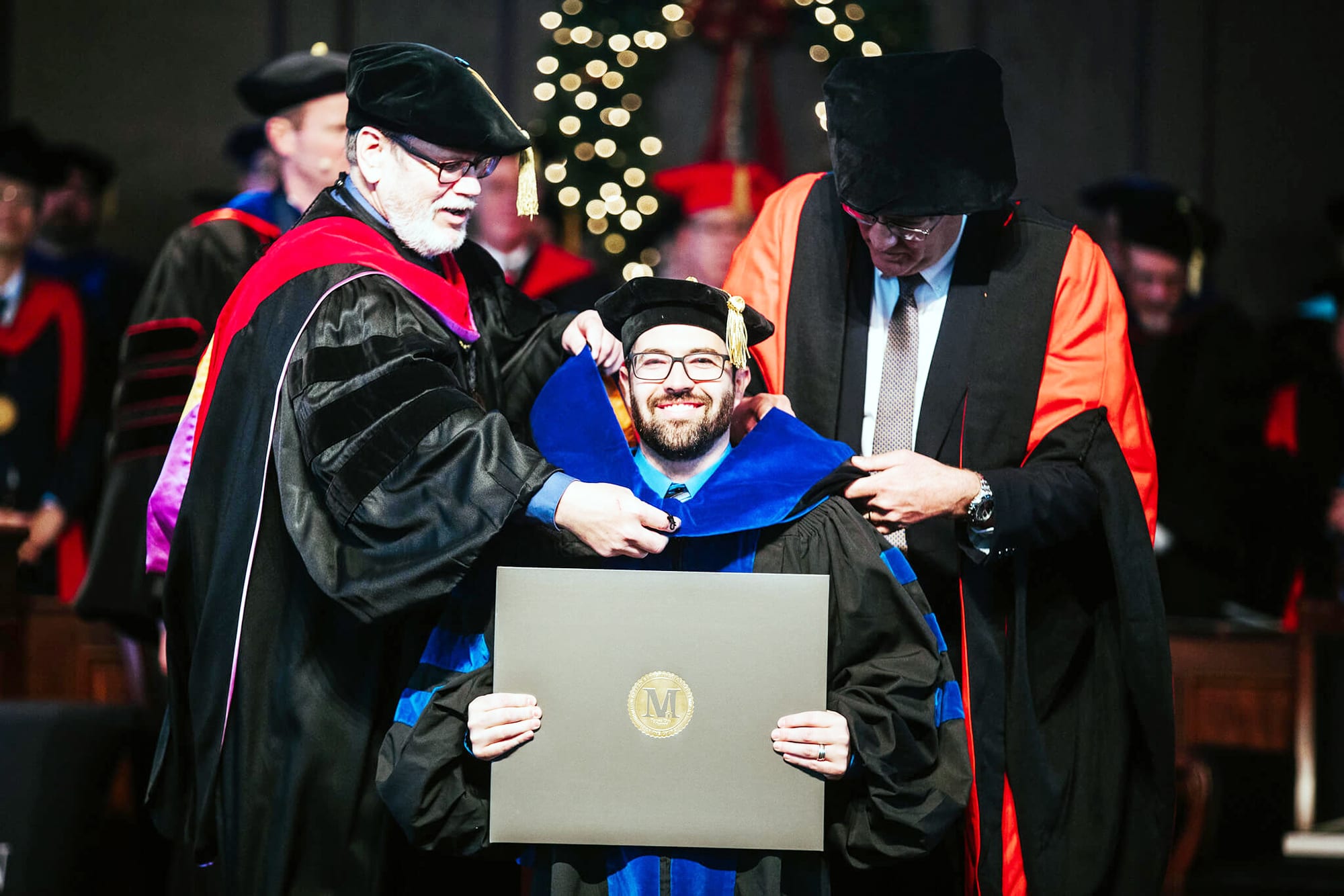