It’s 6 p.m. and Fernando Brandão, executive director of the National Mission Board (JMN) of the Brazilian Baptist Convention, heads into the most important meeting of the day. This standing event occurs Monday through Friday for one hour, with the exception of the last Friday of every month, when six hours are blocked off. Brandão and the JMN team are there to pray.

“When the Lord placed me as executive director of JMN, He did not call me to lead the mission agency,” Brandão says. “He called me to follow Him.”

Brandão knows that prayer is essential to this calling. Staying in communication with the Lord is vital to ascertaining direction for the ministry.

He practiced prayer as a leadership principle while pastoring Second Baptist Church, Brasilia. He joined congregants at 7 a.m. for daily prayer meetings before heading off to his day job in finance, usually returning to the church building in the evenings for services.

When he stepped into his leadership role with the convention, his awareness of the need to pray intensified, so he set aside more time for prayer. He maintains this spiritual discipline despite a full agenda and heavy travel schedule.

Business travelers often use time in the air to catch up on important tasks. Brandão resolved to concentrate exclusively on his most critical work – seeking the Lord – in these snatched hours. In flight, “I read my Bible and I pray,” Brandão says.

His face lights up as he recounts the 2012 flight when the Lord gave him the idea for a 100 Days of Prayer campaign. Brandão cast the vision to Brazilian Baptists, and the churches enthusiastically kept an uninterrupted 100-day prayer vigil – a continuous plea to the Lord for the salvation of Brazil’s 210 million souls. Since 2012, Brazilian Baptists have planted 2,300 new churches in Brazil.

In November, Brandão traveled to São Paulo to preach an evangelistic campaign. As usual, he prayed en route. Twenty-five thousand viewers logged on live to the event, and hundreds responded to his invitation to follow Jesus. Brandão shared his contact information from the pulpit and spent a joyous two hours after the event reading and responding to person after person who texted to say they had decided to follow Jesus. Brandão prayed for them as he flew home.

Throughout Brandão’s tenure at JMN, he has led in prayer. He responded to 2020’s pandemic and quarantine by making his personal prayer habit virtual and inviting his colleagues at JMN to join in.

Brandão understands prayer is the key to multiplication. As he considers the 210 million people in Brazil, he says, “We want one Baptist church for every 10,000 people who do not know Jesus.” Brandão is confident that the Lord can multiply churches to take the gospel to every unreached person.

For a while, he pastored a mid-sized church in Brasilia that birthed 38 church plants. At the same time, he held a federal position at the Bank of Brazil. His move from those responsibilities into national ministry leadership roles allowed him to equip and place ministers to cultivate reproducing churches nationwide.

His wife Marcia and their three children embraced Brandão’s new position, though it meant living on one quarter of their family’s previous income.

Brandão embodies the principle of multiplication. His crop is a hundredfold. But it grew from a scattering of seed that fell on him in adolescence.

Born in the rural interior of Bahia State to a humble Roman Catholic family, Brandão moved to the city of Jaguaquara because his parents wanted their two boys to have a good education.

Taylor Egidio Baptist School, one of the oldest in Brazil, was founded by pioneer Foreign Mission Board (now International Mission Board) missionary Zachary Clay Taylor. Brandão’s mother requested that the school grant student scholarships to her sons.

Brandão attended both the school and the adjacent Baptist church, where he responded in saving faith to Jesus under the preaching of FMB (now IMB) missionary Jerry Smyth. Immediately, he joined missionary Frances Smyth’s discipleship group. Fernando was 14 years old at the time. He recalls selling homemade popsicles to give his first missions offering.

God called Brandão to ministry, and after high school he earned a bachelor’s degree at a Brazilian Baptist seminary. The IMB missionary who was president of the seminary as well as one of his professors, Pioneer Evangelism founder Thomas Wade Akins, deeply influenced him.

Through relationships with IMB missionaries and their partners, Brandão enrolled in Southeastern Baptist Theological Seminary’s master’s degree program, graduating in 2016. Throughout his life, Brandão says, Southern Baptist missionaries serving in Brazil have had an impact on him. He is thankful for them and continues to cherish the ties.

While in Texas last February, he dined with James W. Bagby, a fifth-generation descendent of William and Anne Bagby, the first missionaries to establish Baptist work in Brazil. Brandão continues the Great Commission legacy, devoting his own life to investing in others who will invest in others also.

To stay close to the Lord, Brandão reads the Bible cover to cover three times each year. The Bible provides the content for many of his prayers.

Please join Brazilian Baptists and their IMB partners in praying that the multiplication rate of churches in Brazil will continue to increase, that all people may have the opportunity to respond to the Gospel and be enfolded in a local church. 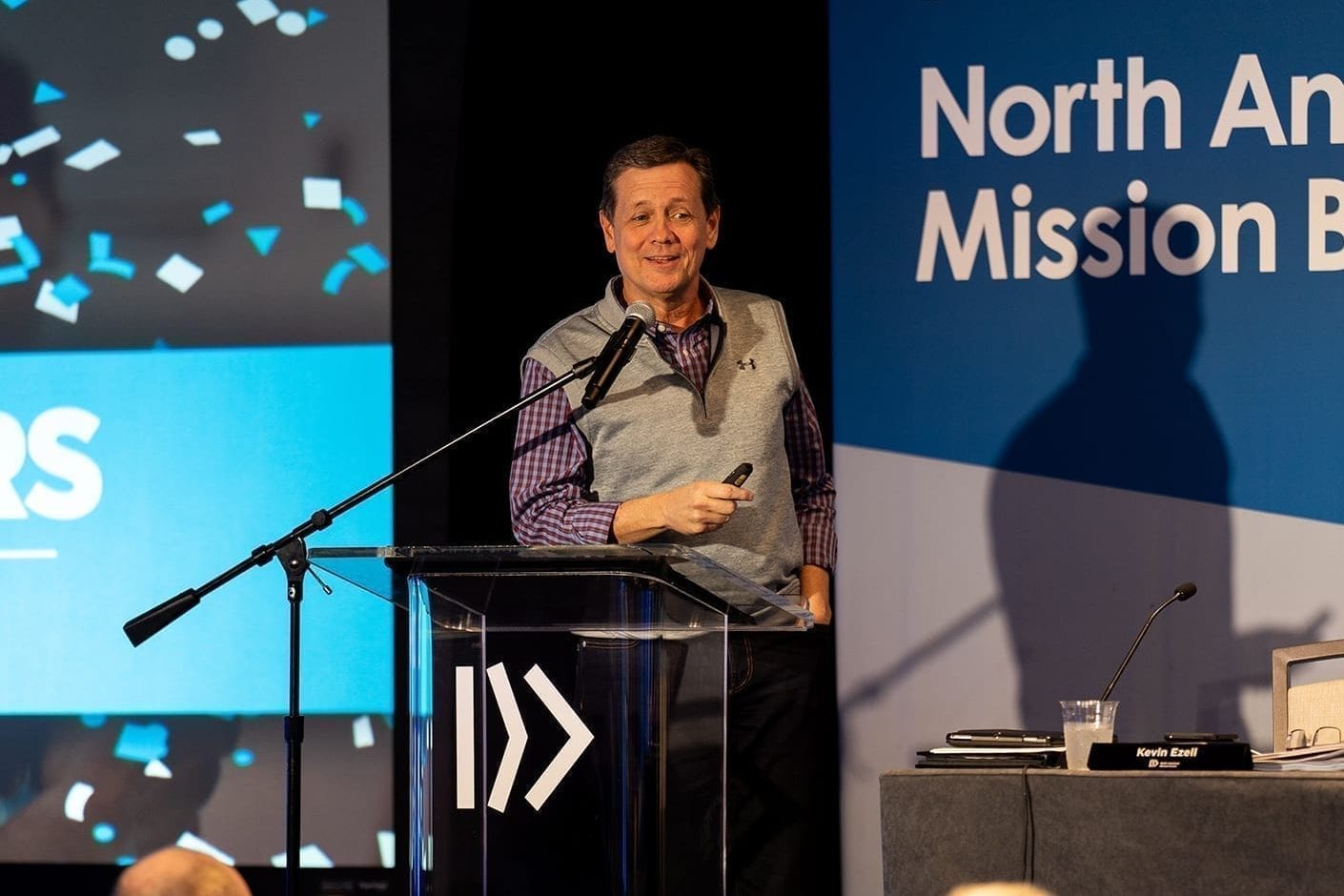 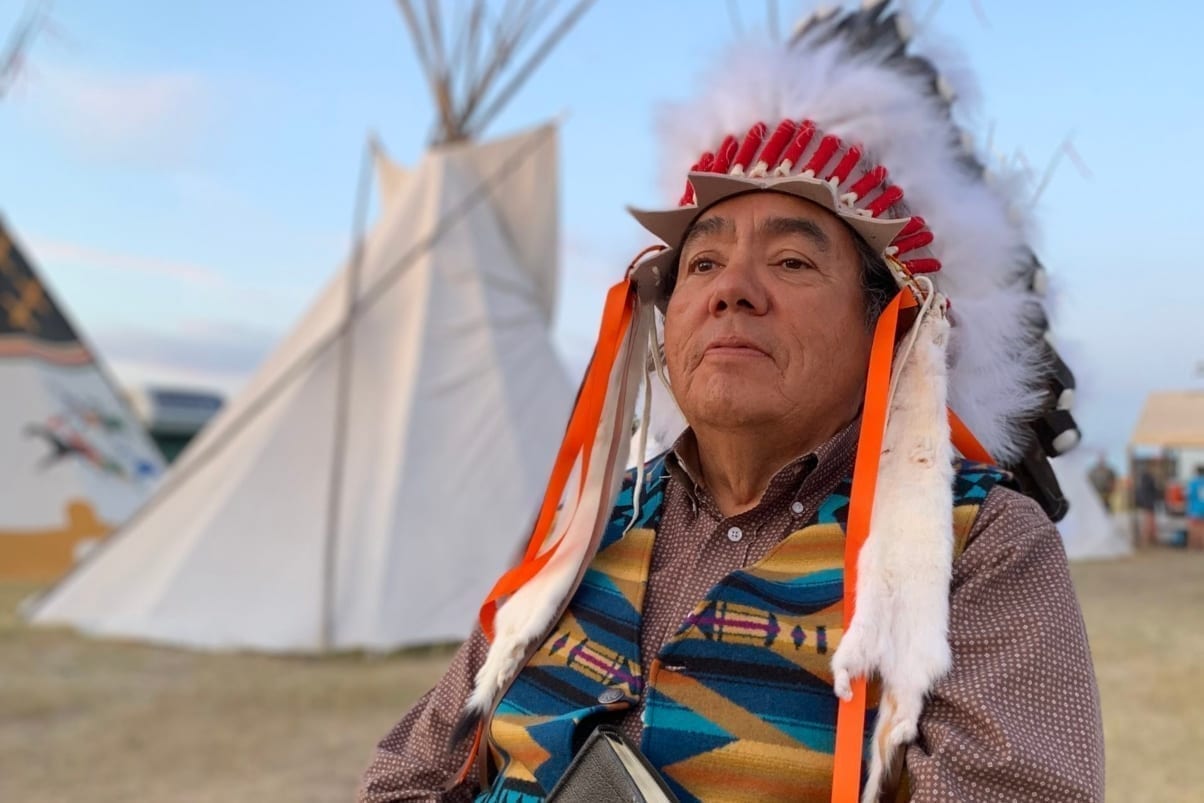 Bruce Plummer finds God in the midst of despair