According to one Ukrainian official, bombs fall every 10 minutes in the city of Mariupol alone.

As hearts and buildings are broken, International Mission Board (IMB) missionaries are providing a digital lifeline for Ukrainians through a Facebook ad developed by missionaries and global partners. Thus far, the ads have guided more than 5 million Ukrainians to The Hope for Ukraine website, which provides gospel resources, links to download a digital Bible and the ability to send a direct message to a Ukrainian or Russian-speaking Christian for help and prayer.

One ad is a video of a Ukrainian woman praying for her nation (below, turn on closed captioning for English subtitles), and one features the reading of scripture through Lumo Project videos.

Since its launch, 5.77 million people have seen the ads.

Whether it is Ukrainians sitting in their car at the border or hunkered down in Kyiv, they have access to the gospel and a lifeline to talk with a Christian about spiritual matters and ask for prayer. As of March 21, 565,456 people have watched the video to the end and 1,154 people messaged asking for help.

Bauman recently traveled to Poland with IMB president Paul Chitwood and other leaders. He recalls sitting and praying in the parking lot of Chelm Baptist Church in Chelm, Poland. The church converted its sanctuary into a refugee center.

“I saw the border – it’s horrific,” Bauman said. “It’s what the media portrayed it to be. It’s gut-wrenching. As any of us would do, we say, ‘Where’s my place in this?’”

“[God] made it very evident that, ‘I’ve put you in this place, in this position, with these skill sets, and with the ability to pull together a massive amount of talent and years of experience through different people, whether it be inside our organization or outside of our organization, to make something digital happen and happen quickly,” Bauman said.

Jacob Boss, the IMB leader for Europe, realized that Ukrainian refugees won’t be returning to their country any time soon. During their trip, Chitwood, Boss and Bauman had many conversations with Polish and Ukrainian Christians.

“Every one of them said that they wanted to see some way to get gospel saturation back into Ukraine,” Bauman said. “The question then became, ‘How is the gospel going to go back into a country like that?’ The best way, or most effective way, is going to be through their screens.”

Bauman and Chitwood noticed every person who came across the border pulled out their phone.

“During my time at the Ukrainian border, everyone I saw was glued to their phones, hungry for news of the war and from loved ones who remained in the country,” Chitwood said.

Bauman said he wants “to look for ways that we can marry, for the first time in a real-life crisis, aiding with a digital strategy, because they always seem to be separate – running, not necessarily against each other, but running in their own lanes.”

Knowing that back inside the country, people are also glued to their phones, Bauman determined they needed to get as much quality content into their hands as fast as possible.

“We needed to be prompt, but the only way that was going to happen was through tons of collaborations and the Lord’s favor,” Bauman said.

Don Martin is the director for MX Labs, which is the IMB’s evangelistic and discipleship innovation team.

Martin said MX Labs has been diligently working on its digital engagement strategy for around three years. The structure that made The Hope for Ukraine project initiative possible developed during this time. Martin said because they and their coalition partners are working off a common understanding and common tools, they can work together effectively.

“The impact of this effort has been far beyond what we imagined. Knowing that literally thousands of gospel conversations have begun gives us assurance that God is at work through this strategy,” Chitwood said.

Designated digital responders offer prayer and determine what physical help can be provided. The site launched with only four responders. Twenty-three people have now volunteered as responders and are being trained how to respond well and share their faith through an online medium. The IMB is also mobilizing Ukrainians in the U.S. to join the digital effort.

One message the responders received was from a mother begging for prayers for her daughter who had a high fever. They had just crossed the border and had nowhere to go and were clueless about where to go. Her husband had to remain in Ukraine to fight.

Another message said, “Help me in prayer, my son and 30 other men are in a basement without communication, water and food. May the Lord help to take them out and protect them and provide them with everything necessary for their lives.”

Responders sent messages, praying over the families and their requests.

“We do try to find them the necessary help, but our top priority, and what we instruct our responders in, is to share the gospel,” Bauman said. The message is, “We can be here to spiritually help you walk through this as best as we can.”

Through the platform, Bauman and the coalition are including ways to connect Ukrainians to Baptist churches in the areas where refugees are fleeing.

The hearts of Ukrainian Christians who work for the coalition are broken for their people still inside the country. Bauman said they can equip them to engage their brothers and sisters even though they may not physically be with them.

Pray now for Ukrainian responders as they answer requests for prayer and resources. Pray for encouragement and perseverance for IMB missionaries involved in the ministry and the Ukrainian church. 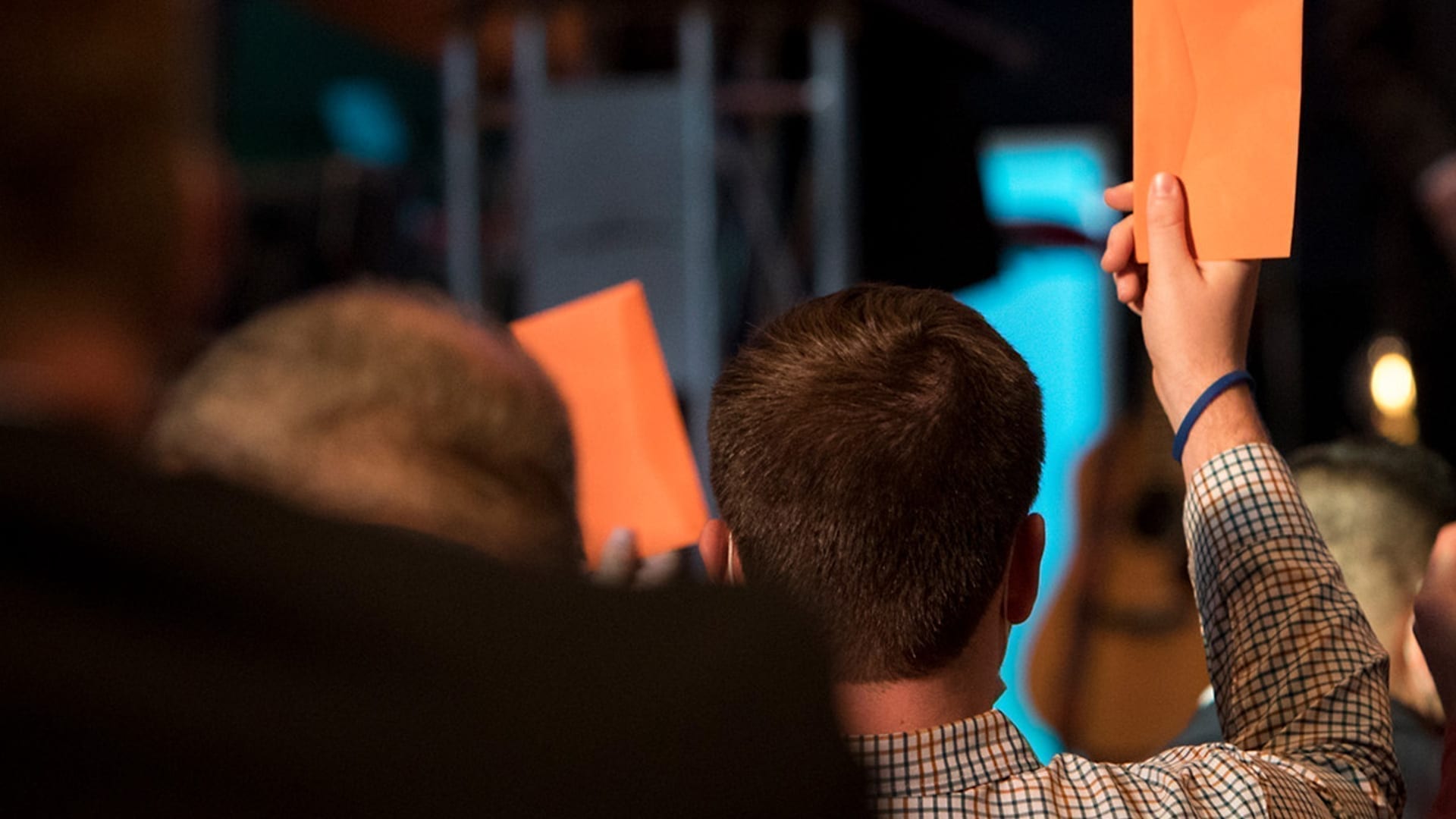 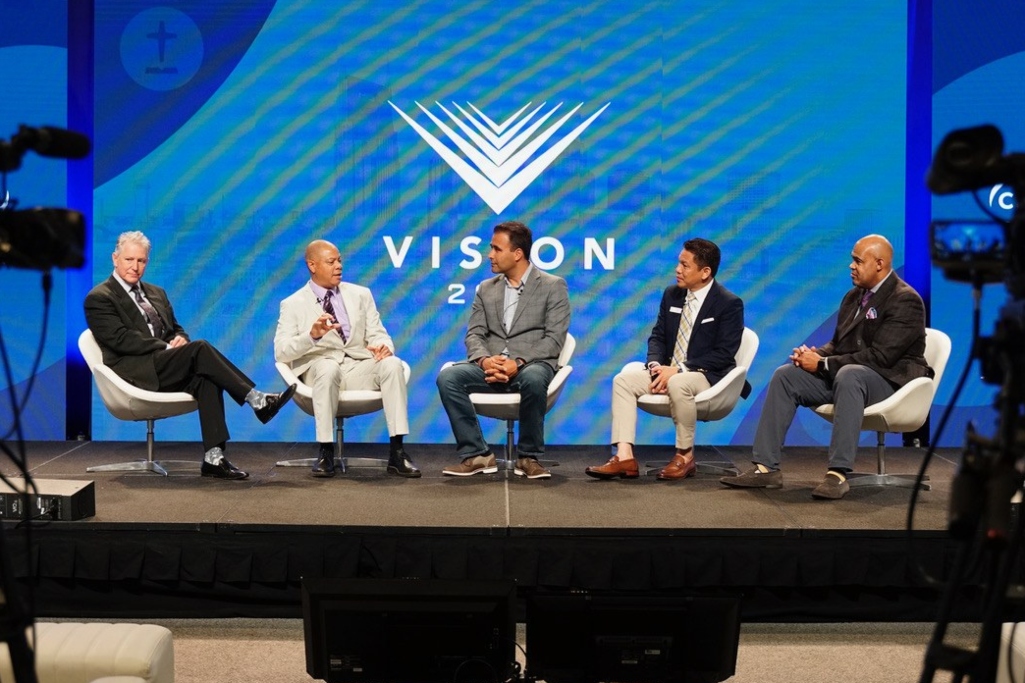