FORT WORTH, Texas – Recalling the labor and character of the list of individuals in Romans 16, Interim President David S. Dockery challenged graduates of Southwestern Baptist Theological Seminary and Texas Baptist College (TBC) to exhibit the same qualities in their ministry and service during the Dec. 2 commencement ceremony in MacGorman Chapel and Performing Arts Center on campus.

“The key factor … through the chapter of Romans 16 is the powerful identity marker that accompanies everything else that is said about them,” Dockery observed, adding that the list notes “what they did, they did ‘for Christ,’” their hard work, sacrifice, and achievements “were motivated by their love ‘for Christ,’” and “their very being was completely identified ‘in Christ.’”

The fall 2022 certificate, associate, bachelor’s, master’s and doctoral graduates included men and women from 31 states and 27 countries outside of the United States. Of the 356 graduates, 248 attended the ceremony to receive their diplomas in person.

The 56 students who were awarded their doctorates during the ceremony made history as the largest group of doctoral graduates in a single semester in the seminary’s history. Among the graduates were 38 students who were the first graduates of the Master of Theological Studies in Mandarin degree program and 37 students who earned certificates in Hispanic church planting, the first for the program. The first cohort of the new Doctor of Education degree, which included four students, were awarded their doctorates. Glory Joy Robinson, a student from Thailand, received her associate degree from TBC, making her the first graduate of the new degree program.

Before giving his commencement address, Dockery announced Adam Harwood, professor of theology at New Orleans Baptist Theological Seminary, as the recipient of the James Leo Garrett Jr. Award for Contribution to Christian Thought. J. Scott Duvall, senior professor of New Testament at Southwestern Seminary, and J. Daniel Hays, senior professor of Old Testament at Southwestern Seminary, were named co-recipients of the W. Curtis Vaughan Award for Contribution to the Study of Christian Scripture. Established in 2021, the awards are named for the late longtime Southwestern Seminary professors who taught in the disciplines of systematic theology and New Testament, respectively, and the recipients are nominated by the faculty of the seminary and TBC.

Dockery, who noted he has presided over more than 60 commencement ceremonies, said the list of believers in Romans 16 in “many ways exemplifies the kind of aspirational commitments that we dream about for the list of December 2022 graduates at Southwestern Seminary, including a life of faithful service, missional practice, and global awareness.”

Noting the names and characteristics of individuals included in Paul’s words to the church at Rome, Dockery highlighted Phoebe, who is referred to as a “faithful servant” which he said is “a term used of God’s special and faithful people.” Dockery observed Jesus is also called a servant adding that Mark 10:45 records that Jesus came to earth as “One who came not to be served, but to serve, and to give His life as a ransom for many.”

“Phoebe had helped many people through her service,” Dockery said. “She was likely a benefactor, a person of means.”

He encouraged the graduates to thank the “generous benefactors who are the Phoebes of our day” as they have helped Southwestern Seminary and the students, both directly and indirectly, noting the support from churches of the Southern Baptist Convention through the Cooperative Program. Dockery noted, “Phoebe’s name is on the list not because she was affluent, but because she had a faithful walk with Christ that motivated her to impact others through her service and through her generosity.” He challenged the graduates to “follow in Phoebe’s steps” as their lives “of service, like hers, was set apart for all the right reasons.”

Recognizing that Romans 16 records that Priscilla and Aquila “risked their lives for the sake of the Gospel,” Dockery said the couple was “perhaps best known for their influence on Apollos, who later became one of the finest teachers and leaders in the early church.” Dockery said the “rare phrase” used to describe Priscilla and Aquila was used later in history “to describe those willing to help the sick, to assist those who could not help themselves.”

“They will endure any trial, carry any cross, withstand any opposition in order to serve others and advance the cause of the Gospel,” Dockery said. “They’re ready to die to the flesh, die to the world, die to human applause.”

He added that it was “likely that some on today’s list may well join the list of those in history who risked their lives for the sake of the Gospel.”

Dockery said “one of the earliest converts in Asia,” Epenetus, was “one who deeply loved the Lord.”

“May God help you to be like Epenetus, to live faithfully for the sake of the Gospel decade after decade after decade, all the days of life here on this earth,” Dockery said, adding that Epenetus’ “years of walking with God and growing in the grace of God led to him to his faithful love for God.”

Dockery reminded the graduates that “it is possible to know God and not love Him, but it’s impossible to love Him unless we know Him.”

Observing that Mary “worked exceedingly hard for Jesus Christ,” Dockery said, “hard work may not seem like a glamorous description, but it’s a worthy and lofty commendation.” He noted that many of the graduates “have worked hard for years and years to get to this place on this special day” and that “based on the pattern to this point, your life will be characterized by hard work from this day forward.”

Adding that Tryphoena and Tryphosa are also commended for their hard work in the list of people in Romans 16, Dockery told the graduates, “May God give each one of you graduating today Spirit-enabled motivation to do the same, to serve others by working hard for the sake of the Gospel on behalf of others.”

Dockery also noted the lives of Andronicus and Junias, who were “compatriots willing to go to prison for the sake of the Gospel.” He added that other individuals were commended for their work for the Gospel and Christlike character, including Urbanus, Apellas, and Rufus.

“These people were the very backbone of the first-century Christian world,” Dockery observed. “And the list in today’s program includes names who we prayerfully trust will become the backbone of the 21st century, in this region, and in this country, and around the globe.”

Dockery noted the list of individuals in Romans 16 and the list of graduates in the institution’s commencement program were both “diverse,” but said what the two lists “shared in common was their commitment to Christ and their dedication to service for Christ.” He added this included giving of themselves for others, hard work, “strenuous toil,” faithful service, and “risking their very lives for the sake of the Gospel.”

In his concluding remarks, Dockery challenged the graduates to “stand firm in the Gospel, serve others, and work hard for the sake of Christ, don’t grow weary in doing good, don’t lose sight of God’s promises and His purposes for each one of you, stay tuned to those things that you have learned from this outstanding faculty who serve this institution, identify all aspects of your life with Christ, and be willing to risk your lives for the sake of the Gospel.”

Before awarding the certificates and diplomas, Dockery said, “May God allow your name to be joined to the list of other Southwesterners, so many among the 41,000 alumni of this institution who through the years have made a lasting impact in the lives of others, in the church, on the mission field, who’ve enriched society, who shaped culture, who make a difference for the Gospel, for Christ and His kingdom.”

The entire commencement ceremony can be viewed here. 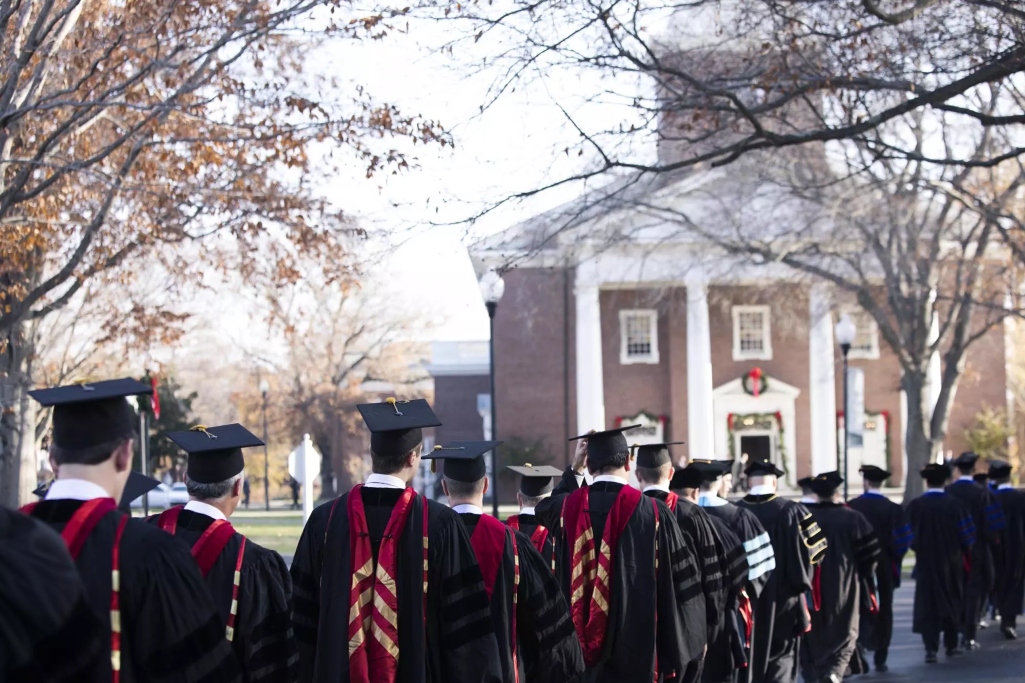 Supported by CP, world-class scholars ‘love where we’re at’ 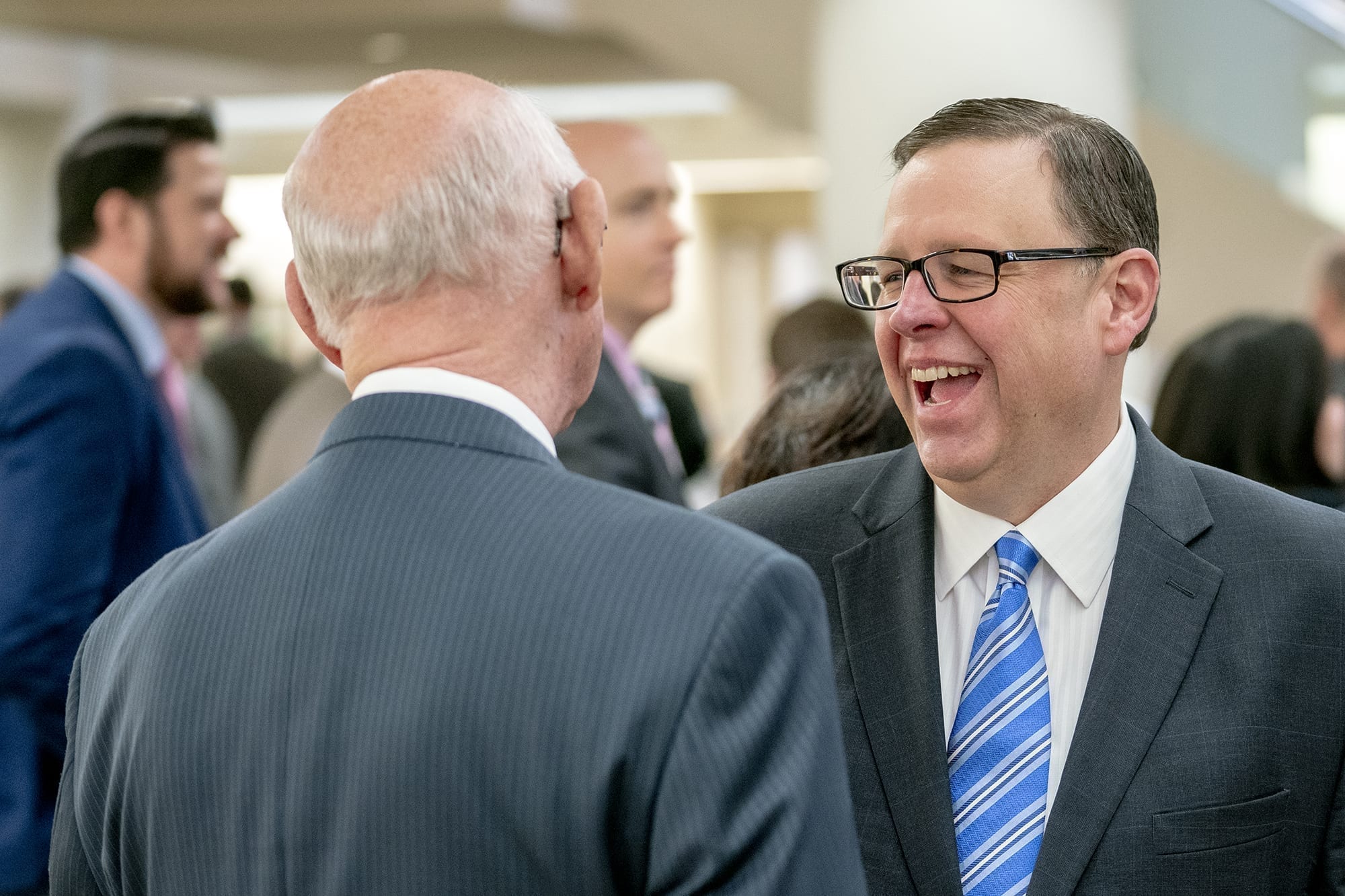