As an associational director of missions, Randy Babin had plenty of responsibilities. He never planned to become an accredited immigration representative. But God placed a burden on his heart to help immigrant families in his area.

As a result, more than eight years ago Soda Lake Baptist Association became the only Texas Baptist association recognized by the U.S. Department of Justice to offer immigration services.

Babin’s concern for immigrants who lack legal status initially grew out of a visit to a Hispanic congregation in his association. In casual conversation with a few individuals who could speak English, Babin asked where they and their families were from and what brought them to East Texas.

“They just looked at me funny and acted like they didn’t understand, even though I knew they spoke English,” he said.

The pastor soon took him aside, urging him not to ask those kinds of questions. He explained many members of the congregation either entered the country illegally, overstayed their visas or lacked current documentation to prove legal residency.

Apologizing for his gaffe, Babin said, “There has to be a way to help these people.”

“The pastor told me, ‘It’s harder than you think,’” Babin recalled.

About a year later, Babin received a phone call from Alex Camacho, director of the Baptist Immigration Center in McKinney, Texas, asking for space to meet with several immigrant families who had requested his services.

Babin granted Camacho’s request, and then he began to ask questions. From Camacho, Babin learned what is required for an individual to become a legally accredited immigration representative and for an organization to be authorized by the Department of Justice’s office of legal access programs to provide immigration services to a community.

He learned employment immigration typically is handled by lawyers who are hired by corporations – and paid well for their services. Family immigration focuses on keeping families together – particularly in situations where one or both parents may lack legal status in the United States, but children were born in the country.

While Catholic Charities and its subsidiaries are heavily involved in family immigration, Babin discovered few examples of Texas Baptists who were involved at that time.

He presented a proposal to the association’s executive board, and they granted him authority to take steps toward establishing immigration services for families as a ministry of Soda Lake Baptist Association.

Initially, Babin focused on recruiting someone to become an accredited immigration representative. But whenever anyone who expressed interest found out the legal requirements for accreditation and all the time and effort involved, they declined.

“It went from being a burden on my heart to being a frustration,” Babin said. “There were times when I thought I had found somebody. But once they found out it was more than just a matter of filling out paperwork, that there was a lot of important training they had to complete and tests to take, they lost interest.

“Then a pastor approached me after an associational meeting and said: ‘Randy, this is your passion. Have you asked the Lord about taking on that responsibility yourself?’”

Babin prayed about it, and he became convinced God was calling him to help people who wanted to gain legal status but did not know how or couldn’t afford to hire an immigration attorney.

“It’s a biblical conviction to me,” he said. “In the Old Testament, God instructed his people to welcome the stranger and the alien. And of course, in the parable of the Good Samaritan, Jesus taught us what it means to be a good neighbor – finding people who need help and providing it. … God wants us to take care of our neighbor.”

About 80% of those who seek help are from Mexico. Many entered the United States illegally. Others entered legally with a two-year work authorization, but they overstayed and did not gain renewed legal status.

Babin recalled how a couple from a local Baptist church met and befriended a homeless man who had been laid off from his job after an accident and was unable to find other work besides occasional day labor.

“He was a legal permanent resident – and that word “permanent” is important – but his card had expired,” Babin said. “Cards expire every 10 years, but your legal residency doesn’t expire.”

Although his immigration status remained unchanged, the man lacked the documentation employers required to prove he was in the country legally. Babin explained what was involved to obtain a new card. So the couple offered both to pay the required fee to secure a new card and to provide transportation for their friend to go to Dallas to get it.

Clients are asked to pay a nominal fee to cover basic expenses, “but we don’t refuse service to anyone because they are unable to pay,” Babin said, adding: “There are times we can’t help people, because of some technical issues of immigration law, and that’s painful.”

Babin acknowledged some members of some churches may not like the association’s providing immigration services, but no one ever has confronted him about it. He said while Baptists may have differing opinions about immigration as a national public policy issue, most are grateful for the help Soda Lake Baptist Association is able to provide to individuals and families.

“It’s people they know – a friend or someone in their congregation – we have helped, and they appreciate that,” he said.

Although Babin transitioned out of the director of missions role in recent years, he continues to lead immigration services.

“My prayer is for someone else to come alongside me – to work with me for a while, go through the process of becoming an accredited representative, and then take on the responsibility,” he said. “I can’t do this forever, and I don’t want to see it die.” 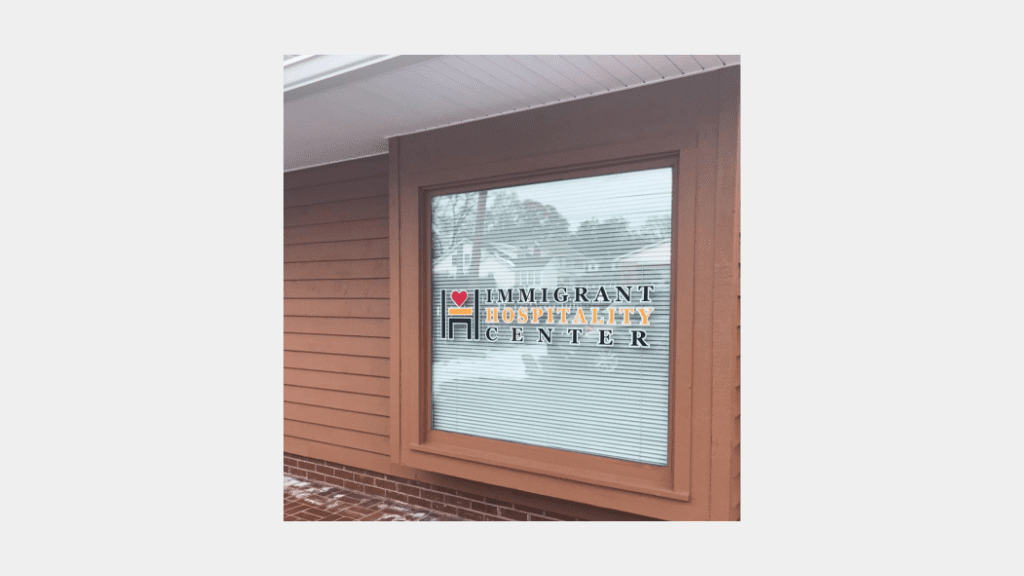