ERLC leader reacts to Biden’s first State of the Union

President Biden’s first State of the Union speech received from a Southern Baptist ethics leader both commendation for its support of Ukraine and objection for its endorsement of abortion rights and gay rights.

Speaking March 1 to a joint session of Congress and a national television audience, Biden began the traditional address by praising the Ukrainian people for their resolve in the face of Russia’s six-day-old invasion of their country. “We, the United States of America, stand with the Ukrainian people,” he said. The president led those in attendance in an extended standing ovation for Oksana Markarova, the Ukrainian ambassador to the United States, as a sign of solidarity with her country.

Yet, Biden also called for protecting the right to abortion while the Supreme Court considers a case this term that could result in the reversal of the 1973 Roe v. Wade opinion that legalized the procedure throughout the country. In addition, the president urged Congress to pass the Equality Act, a far-reaching gay and transgender rights proposal that opponents warn would significantly threaten religious freedom.

Brent Leatherwood, acting president of the Ethics & Religious Liberty Commission (ERLC), told Baptist Press, “It has been a long time since bipartisanship can be said about something in Washington, but we witnessed that in response to the president’s remarks about Ukraine last night. Confronting [Russian President] Vladimir Putin about his illegal and ghastly invasion should inspire broad consensus across party lines.

“Unfortunately, the latter part of the president’s remarks highlighted a laundry list of divisive items like the misnamed Equality Act and abortion,” Leatherwood said in written comments. “It is lamentable that the address went that direction, as our nation has big challenges before it right now and we need leadership that unifies.”

“It was good that the loudest, longest applause through the entire speech was actually right at the beginning for the ambassador from Ukraine to be able to tell the world that we are standing with” the Ukrainian people, Lankford said. “We should do what it takes to be able to make it very, very clear to Russia that the world will not put up with their aggression and continue to be clear on that.”

He was pleased the president began with Ukraine, but the speech “went downhill from there,” Lankford said.

By invading Ukraine, Putin “thought he could roll into Ukraine, and the world would roll over,” Biden said of the Russian invasion. “But he badly miscalculated.”

Putin met “a wall of strength he never anticipated or imagined,” Biden said. “He met the Ukrainian people. From President [Volodymyr] Zelenskyy to every Ukrainian, their fearlessness, their courage, their determination literally inspires the world.”

Describing the Putin-ordered invasion as “premeditated and totally unprovoked,” Biden said the Russian president “is now isolated from the world more than he has ever been.”

The U.S. president briefly described economic sanctions imposed by America and its allies against Russia. He also announced that the U.S. would follow the example of other countries in closing its air space to all Russian flights.

While the United States is giving military, economic and humanitarian assistance to Ukraine, the president reiterated American armed forces will not fight the Russians in Ukraine. The United States and its allies, however, “will defend every inch” of territory belonging to countries that are part of the North Atlantic Treaty Organization (NATO) “with the full force of our collective power,” he said. Ukraine is not a member of NATO.

“When the history of this era is written, Putin’s war on Ukraine will have left Russia weaker and the rest of the world stronger,” Biden told the members of Congress and the American people.

Speaker of the House Nancy Pelosi of California praised the speech on Twitter. The country and the world saw Biden’s determination “that democracy will prevail over autocracy. America’s commitment to Ukraine’s sovereignty and to the Ukrainian people remains ironclad,” she said.

In commenting on a lengthy list of issues, the president once again affirmed his support for abortion rights. “[A]dvancing liberty and justice also requires protecting the rights of women,” he said. “The constitutional right affirmed by Roe v. Wade, standing precedent for half a century, is under attack as never before.”

The Supreme Court is expected to rule by this summer on a Mississippi law that prohibits abortion after 15 weeks’ gestation. Many pro-life and abortion-rights advocates think the justices are poised not only to uphold the ban but to overturn the Roe ruling and the 1992 Planned Parenthood v. Casey opinion that affirmed that decision but permitted some state regulation of abortion. In briefs for the high court, Mississippi and many pro-life organizations, including the ERLC, asked the high court to reverse both the Roe and Casey opinions.

Carol Tobias, president of the National Right to Life Committee, said in a written statement after the speech Biden “is the most pro-abortion president in history. He has evolved into a virulent supporter of abortion on demand, solidified by his record number of pro-abortion executive orders, reversal of pro-life policies and pro-abortion legislation sanctioned by the White House.”

Biden urged Congress to send the Equality Act to his desk for signing. The legislation – which would add “sexual orientation” and “gender identity” to the classifications protected in federal civil rights law – would “ultimately steamroll the consciences of millions of Americans,” according to the ERLC. The House of Representatives passed the measure in 2021, but the Senate has not acted on it.

While acknowledging its strong disagreements with the president on some issues, the ERLC had encouraged Biden to use his State of the Union speech to point toward potential bipartisan agreement in three areas: immigration reform, refugee resettlement and countering China morally.

In his speech, the president called for securing America’s border and repairing the immigration system. He endorsed providing a path to citizenship for Dreamers, undocumented immigrants brought to the United States as children but with no permanent legal status.

Near the end of the address, Biden proposed a “Unity Agenda for the Nation” he thinks can be accomplished: Defeat the opioid epidemic; support mental health, especially of children; help veterans and put an end to cancer. 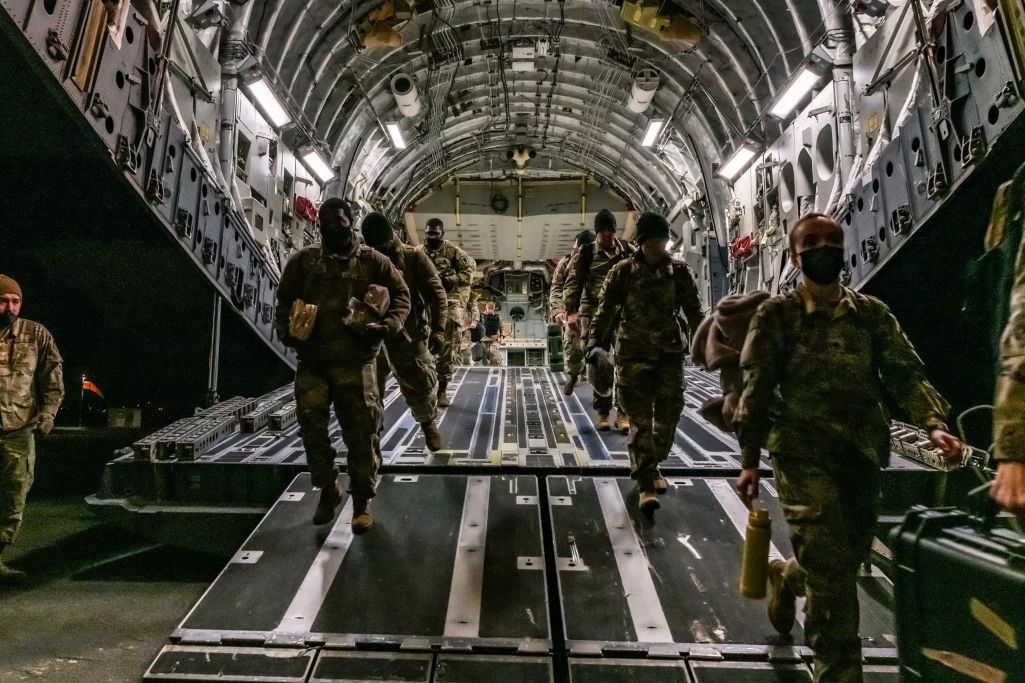