Evangelical Christian and other advocates for resettling more refugees in the United States are waiting to see if the Biden administration will fulfill its latest commitment following what they described as a disappointing failure by the president.

After receiving criticism for his inaction, President Joe Biden finally signed a presidential determination on refugee admissions April 16. However, the president kept the goal for the 2020-21 fiscal year at 15,000, the ceiling established by the Trump administration in its final year. Biden’s determination came after he had said in February the goal would be 62,500 for the year, which ends Sept. 30.

Southern Baptist ethicist and religious freedom leader Russell Moore said the decision “to keep the unprecedentedly low ceiling on refugee admissions is dismaying and inexplicable. A broken political promise is one thing, but this broken promise will cost the lives of many fleeing slaughter.”

In written comments, Moore, the president of the Ethics & Religious Liberty Commission (ERLC), said Biden “should rethink this decision immediately.”

The administration apparently did just that after supporters of increased refugee resettlements decried the announcement. A few hours later, White House Press Secretary Jen Psaki said Biden is expected “to set a final, increased refugee cap for the remainder of this fiscal year by May 15.” Because of the “decimated refugee admissions program” left by the Trump administration and the burdens on the refugee resettlement office, Biden’s “initial goal of 62,500 seems unlikely,” Psaki said in a written statement.

Jenny Yang, senior vice president of advocacy and policy for World Relief, said on Twitter after Psaki’s statement, “There’s no doubt [Biden] broke his promise on raising the #refugee ceiling and now we’re in a ‘wait and see/prove it’ mode to see actual follow through from the [administration].

“The [administration] needs to earn back our trust that they will follow through on their statement today to lift the cap in May,” Yang said. The “walk back” by the White House does not change the fact the cap of 15,000 “remains in place for the foreseeable future” and “the resources to resettle 62,500 refugees are still there,” she said.

World Relief is an evangelical organization that works with the U.S. State Department to resettle refugees, many who are Christians and other religious adherents persecuted for their faith.

The United Nations has defined a refugee as “someone who is unable or unwilling to return to their country of origin owing to a well-founded fear of being persecuted for reasons of race, religion, nationality, membership of a particular social group or political opinion,” according to its 1951 Refugee Convention.

The federal government’s resettlement of refugees is distinct from its efforts on the Mexican border to address the waves of children and adults seeking asylum in this country.

Refugees must pass a stringent screening process that includes multiple biometric and biographic checks and an interview before being eligible to enter the United States, according to 2020 guidelines by the U.S. Citizenship and Immigration Services. The processing time before refugees enter this country averages 18 months to three years, World Relief reported.

The United States’ reduction in the ceiling has come at a time when strife in multiple countries has resulted in massive numbers of refugees. As of mid-2020, an estimated 26.3 million people were considered refugees, according to the U.N. High Commissioner for Refugees (UNHCR). More than 80 million people, including 30 to 34 million children, were forcibly displaced, the UNHCR reported.

In early February, Biden issued an executive order designed to rebuild the refugee resettlement program and announced he would raise the ceiling to 125,000 in the 2021-22 fiscal year that will begin in October. Evangelical and other refugee resettlement advocates commended the actions. He also indicated to Congress the cap for this year would be increased to 62,500 from 15,000.

The president still had not signed the necessary determination on the cap by April 11, when the International Rescue Committee said its analysis showed a record low of only 2,050 refugees had been admitted to the country through the first six months of the fiscal year. At that rate, the total of 4,100 for the year would be the smallest in U.S. history. Because of Biden’s failure to act, the travel plans of more than 700 refugees approved for resettlement have been canceled, according to organizations that support refugee resettlement.

Leaders of the Evangelical Immigration Table (EIT), which advocates for refugees and a just immigration system, expressed their disappointment with the delay by the Biden administration a few hours before the president announced he had signed the determination.

In an April 16 written release from EIT, Moore said, “Rhetoric is no refuge for the persecuted – we need action. We know the program is a secure and thorough process by which America can serve as a beacon of freedom and safe harbor for the oppressed, including persecuted Christians and other imperiled religious minorities. President Biden must make good on his word and any further delay is unacceptable.”

Care for refugees is one of the focus areas of Send Relief, the SBC’s compassion ministry performed through the cooperative effort of the North American Mission Board and International Mission Board. Send Relief, which encourages churches to proclaim the gospel while meeting practical needs, served 13,933 people in its work with refugees and internationals in North America in 2020. It mobilized more than 850 people to serve in refugee ministry. Those numbers do not include overseas work with refugees. 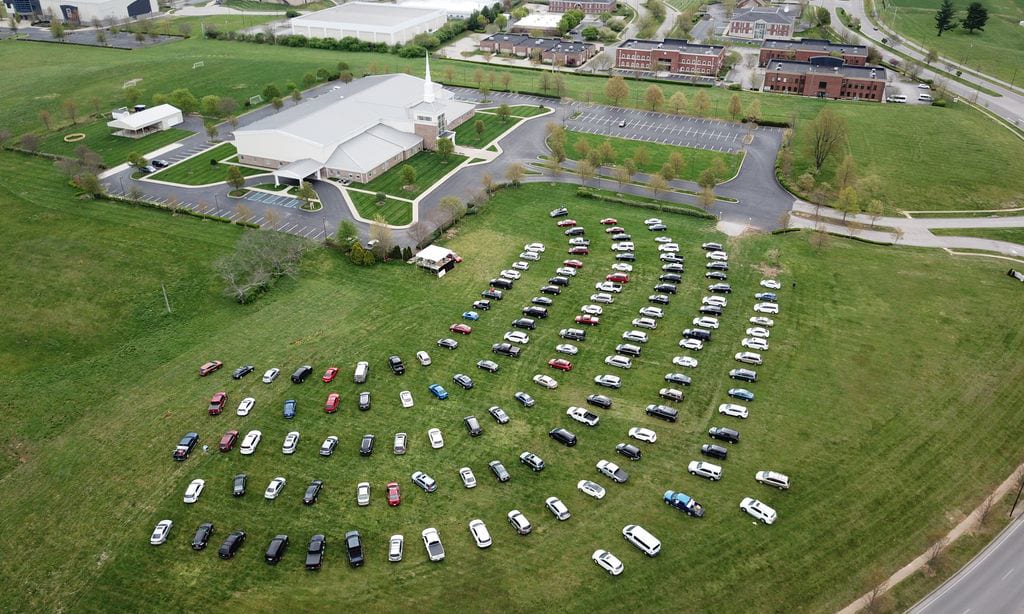