Falwell resignation made official after back-and-forth with Liberty board

Liberty University’s board of directors formally accepted the resignation of president Jerry Falwell Jr. on Tuesday (Aug. 25). The board’s action brought closure to a public back-and-forth that occurred the day before as Falwell and board members released what appeared to be conflicting information to news outlets.

After multiple news reports on Monday said he had agreed to resign his position, Falwell denied the reports, calling them “completely false” – and the school followed late Monday evening with an email saying Falwell “agrees to resign … then reverses course.”

Liberty released a statement Tuesday saying the board had acted to ratify the resignation effective immediately.

Reports of Falwell’s exit came amid allegations that he condoned an affair between his wife and a man described by Falwell as a family friend. The man, who was also a business partner, told Reuters that he had a sexual relationship with Becki Falwell from 2012-18, and alleged that Jerry watched their encounters.

In an interview Monday evening with Virginia Business, Falwell called the allegations “90% false.”

“I call upon the University community and supporters to be in prayer for the University and for all its leadership, past, present and future, as we walk with the Lord through this stormy time of transition,” said Jerry Prevo, Liberty’s acting president.

Falwell, son of Liberty founder Jerry Falwell Sr., had been on indefinite leave since Aug. 7 after criticism for posting a photo to social media that showed him on a donor’s yacht with his pants unzipped and his arm around a female Liberty employee. He told a local radio station the photo was taken during a costume party while he was on vacation.

Sunday evening, Falwell released a statement to the Washington Examiner claiming Becki had an “inappropriate personal relationship” in the past with a family friend who had threatened to go public. Falwell said he and his wife had faced “increasingly threatening behavior” including extortion.

In the statement, Falwell also denied being involved in the sexual relationship. He described the situation, even after the relationship had ended, as “like living on a roller coaster” and a “‘fatal attraction’ type situation.”

“Over the course of the last few months,” Falwell said in the statement, “this person’s behavior has reached a level that we have decided the only way to stop this predatory behavior is to go public.”

Less than 24 hours later, the Reuters report was published. Hours after that, several news outlets reported Falwell had agreed to resign – and shortly afterward, he denied it to Virginia Business.

Falwell became Liberty’s president after his father’s death in 2007 and presided over an era of tremendous growth for the university. Enrollment has grown from 38,000 to 100,000, and the school’s athletics program has moved to the top level of NCAA competition.

The school’s endowment grew to more than $1.7 billion under Falwell’s leadership, and he oversaw approximately $1 billion in ongoing or planned construction on the 7,000-acre campus.

Prevo, who had been the chairman of the board of trustees, was named acting president Aug. 10. On Aug. 21, the board of trustees met and released a statement saying “the decision whether to retain Falwell as president has not yet been made,” and requesting “prayer and patience as they seek the Lord’s will and also seek additional information for assessment.”

But in the email Monday night, Lamb wrote that since Falwell went on indefinite leave, the board of trustees had determined he should not return, writing that “additional matters came to light that made it clear that it would not be in the best interest of the University for (Falwell) to return from leave and serve as President.” 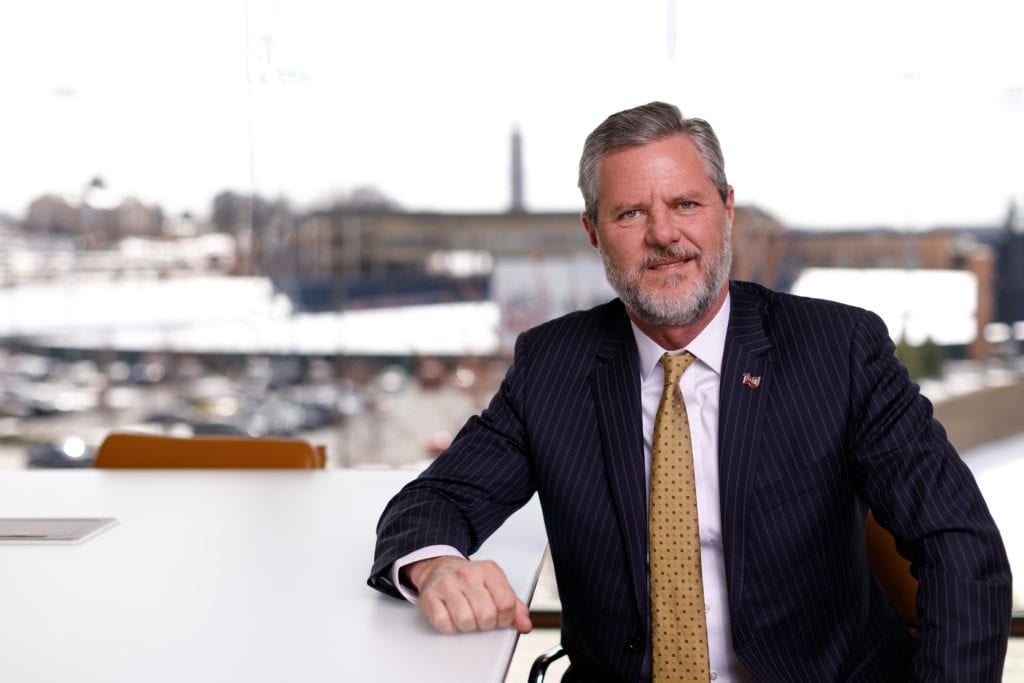