Southern Baptist Convention (SBC) Executive Committee (EC) President Ronnie Floyd urged Southern Baptists to return to unified Great Commission cooperation as he lamented “a sound of war in the camp” of Southern Baptists and issued an updated Vision 2025 Feb. 22 at the EC meeting in Nashville.

Before laying out the details of Vision 2025, Floyd urged EC members to put aside pride, anger and personal independence and to “lead the way in helping create a Bible-based, Christ-centered and Spirit-controlled culture in the SBC.”

The keys to Vision 2025 are its five strategic action steps, economic support anchored in a level of Cooperative Program (CP) giving not seen since the 2008 recession and cooperation fueled by the fruit of the Spirit among SBC leaders, entities, state conventions, associations, churches and laypersons. Spreading the gospel throughout the world – reaching every person for Jesus Christ in every town, every city, every state and every nation – is Floyd’s goal.

“I appeal to all of us here tonight and those who are with us online, please get behind this vision and let’s do something big for God together,” Floyd told the EC at the Grand Hyatt Nashville downtown hotel, where COVID-19 safety precautions were in place.

“We must begin to take this vision everywhere and listen to pastors, churches, associational mission strategists, state convention leaders and national entities about how each one of us can own this vision personally and in ministry collectively. We must do this because this is our greater cause. Together, we can do this to the glory of God.”

After Floyd’s address, the EC unanimously adopted Vision 2025 by voice vote in a motion brought by EC Chairman Rolland Slade, who invited leaders to sign a pledge written on a large display board to pray for and promote the Vision 2025 goals. EC members’ spouses and other guests also signed the statement on display.

Among support already extended toward Vision 2025, Floyd said it was a privilege to announce that the North American Mission Board (NAMB) has pledged to invest an additional $5 million over the next four years to support student evangelism nationwide.

Johnny Hunt, vice president of evangelism and leadership with NAMB, said the giving is in addition to monies already allocated to the states.

“This $5 million is on top of and separate from the $4.5 million in evangelism that already is being used in funds distributed by NAMB to non-South state conventions starting Oct. 1, 2021,” Hunt said. “So that’s nearly $1.2 million more than the funds available to non-South states this year.”

Hunt told Floyd his passion for the vision is “one of the major reasons” NAMB made the commitment. “So it’s your vision that has been the fuel for the $5 million that’s been committed.”

“This generation of teenagers needs Jesus more than any generation before them. We cannot ignore this great need,” he said. “For the greater cause, we must turn the brightest spotlight possible upon it by challenging and equipping our churches to see this turnaround occur.”

In other support, Floyd announced with gratitude that the SBC Fellowship of State Executive Directors of the 41 state conventions adopted a unified statement supporting Vision 2025 at its 2021 annual retreat.

Floyd urged Southern Baptists to consider the truth of the current condition of the SBC, including division and public communication not indicative of the fruit of the Spirit.

Southern Baptists can achieve unity by behaving as Christians, talking to each other and not about each other, operating by biblical principles, behaving with humility and avoiding “condescending words that offend and divide.” We should avoid “undercutting, cowardly and carnal practices demonstrated oftentimes through the blogosphere and social media.”

“Your words or my words are not the final words. God’s Word is!” Floyd said. “And, one day He will judge all of our words, motives and actions. For the greater cause, Christians should work through our problems in the right way, in the right spirit and in the right place.”

“This sound of war in the camp of Southern Baptists is concerning to me and I know it is also concerning to many of you. While we hear and see how the American culture is so out of control, my friends, our own culture within the Southern Baptist family is also out of control,” Floyd said. “We are living downstream of this current culture in American life rather than living upstream against the currents.”

He described the nation as ideologically, politically, philosophically, racially, ethnically and culturally divided, and in the midst of a pandemic and an uncertain economy.

“For the greater cause in this fever pitch environment, each of us needs to be very careful with the words we write, speak, tweet or post. As SBC leaders and followers of Jesus, our public behavior matters,” he said. “Our words matter. Our tone matters.”

In explaining Vision 2025, Floyd said the drop in CP giving since the 2008 recession – affected by a drop in the both the percentage of churches that give through CP and the percentage of undesignated gifts that those churches give – reflects that Southern Baptists are not engaging and communicating with churches effectively. Southern Baptists are not “sharing and living a consistent message of who we are with the churches because we keep walking on our own message,” and “are not providing the churches with a concise and compelling Great Commission vision that will move them to support it.” 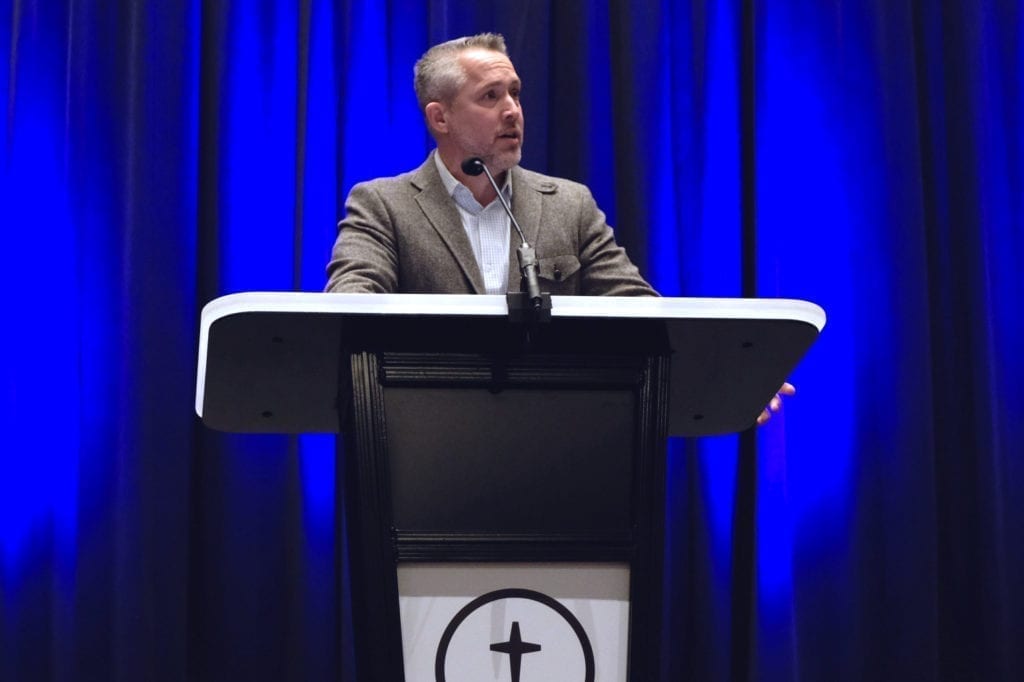 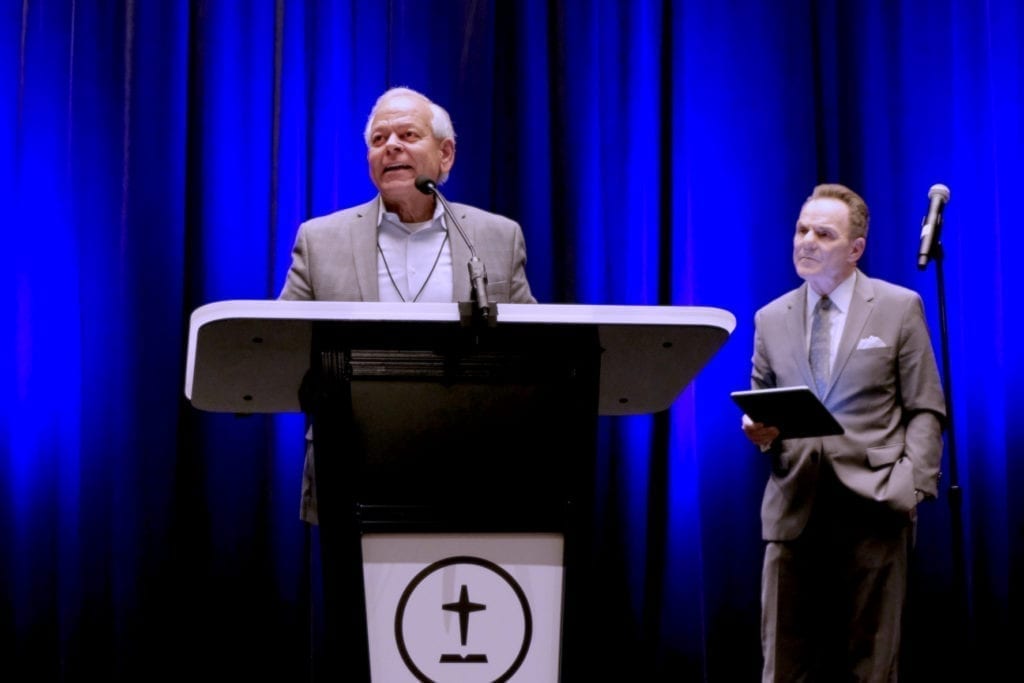