The death toll from the blast that shook Lebanon’s capital city of Beirut on Aug. 4 has risen to more than 200 people. Many are still missing, according to the city’s governor, and hundreds of thousands of residents are living in damaged homes and buildings.

Send Relief, Southern Baptists’ compassion ministry, has partners in the area who are on the ground responding to many of the immediate needs, including providing bottled water, food boxes, clothing and other supplies.

“Our Send Relief team is working with partners on the ground in Beirut to meet tremendous needs after the explosion a week ago,” said Bryant Wright, president of Send Relief. “They are helping with clearing debris in the 13-square-mile area directly affected by the blast and assisting residents to repair their homes and providing water to those who have been displaced. Our partners are providing help in the name of Jesus to those most in need. Please pray for all those affected by this horrible tragedy along with our partners who are ministering there.”

Glenn Lewis* and his wife have been serving in the cleanup effort through their local church. He described their task of transporting debris from homes and apartments down to the street.

“Cream-colored double doors, leaning against the wall, need to be taken down to the street,” Lewis wrote. “At eye level a crimson handprint is smeared on one of the panels. In [one neighborhood], nearly every home is stained with blood.”

Lewis and the group from their church also passed out sandwiches to shell-shocked survivors as they assisted in the clean-up. Many of their neighbors continue to experience a sense of helplessness and ruin.

Reports indicate that the detonation of 2,750 metric tons of ammonium nitrate generated the blast. The material had been stored in the city’s port for roughly six years. Several protests have broken out across the city in response to alleged mismanagement and corruption in the government.

Beirut had been undergoing a severe economic crisis before the explosion displaced more than 300,000 people from their homes and injured more than 4,000.

Send Relief is providing temporary housing and assistance for first aid and medical expenses. So far, 200 families have been helped through Send Relief. Due to COVID-19 restrictions, Southern Baptist Disaster Relief involvement is not expected.

Partners asked for prayer for grace and wisdom for the people of Beirut and the nation of Lebanon. They ask for God to comfort those who have lost loved ones as they grieve and work through the tragedy.

The churches, relief workers and emergency personnel also need strength, courage and endurance as they continue their efforts to restore the city.

“Please pray for the despair and anger that many are feeling to be channeled into service and sacrifice for others,” one partner in Beirut said. “Pray that God will use the brokenness being felt by millions to soften hearts to receive both physical and spiritual help.”

Learn how to support the relief efforts in Beirut at https://www.sendrelief.org/beirut/. 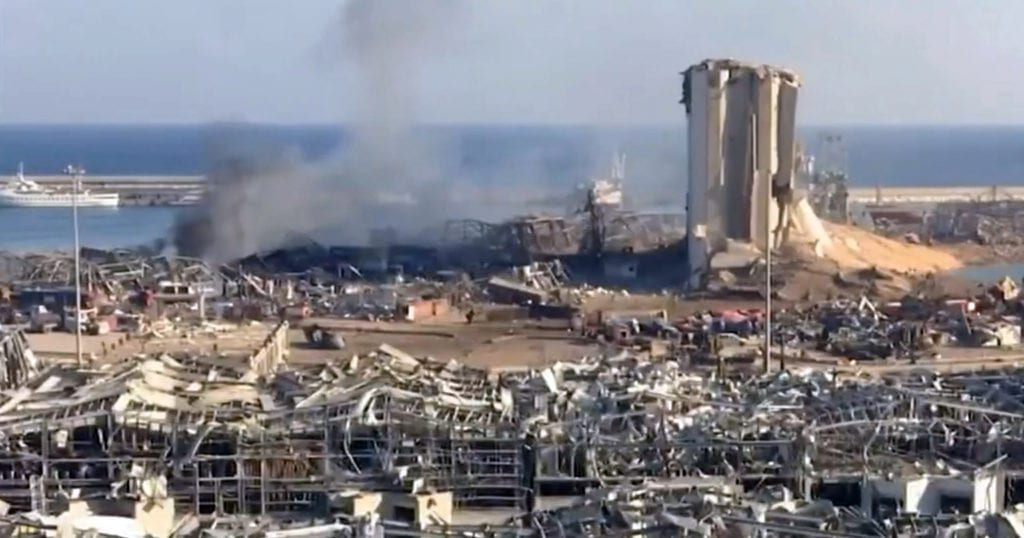