One was a young church plant, a few years old and outgrowing their meeting space. The other was an older congregation located on Charlotte’s “main vein,” with a desire to reach the city in a fresh way. Two churches with different demographics and histories ultimately offered exactly what the other sought.

They held one thing in common: faithfulness to their mission to see the gospel move in Charlotte.

In 2018, more than two years after launching, Mercy Church was looking for a new facility. They met at a Jewish senior citizens’ activity center. Several offers fell through, lead pastor Spence Shelton recalled. He felt optimistic about a facility they put an offer on one Sunday, only to learn the next morning that they were outbid.

But about 30 minutes after that call from Mercy’s facility search team, Shelton’s phone rang again. It was the head of another search team – the pastoral search committee for Candlewyck Baptist Church in Charlotte.

Candlewyck’s membership had been in decline for about 25 years, Shelton learned. A transition pastor, having observed Mercy’s ministry, proposed an idea: What if the members of Candlewyck joined Mercy Church and gifted the facility to Mercy so ministry could continue there?

“You guys need a facility, we want to reach people,” Shelton remembered him saying. “What if we did this together?”

In the months leading up to the conversation, Candlewyck members were challenged to do whatever it would take to reach the next generation with the gospel.

The church was on Providence Road, an area Shelton would have loved to be in. He never considered it possible to find a permanent place there. After visiting Candlewyck, he and other Mercy elders knew the decision was worth exploring.

Shelton recognized God was “doing something in this group of people that I’ve never heard of, and I think we need to hear more of, which is an older generation saying, ‘Whatever it takes, even if it means us handing off our legacy that we paid for … we’re going to entrust this to the next generation because it’s not working, and the gospel’s worth it.”

With much prayer, Mercy’s elders chose to receive the gift and trust God through the change. But because Candlewyck’s facility actually had lower occupancy than the activity center Mercy was using, they continued meeting at the center and launched the Providence Road location as a second campus and set up staff offices there.

The members of Candlewyck voted to formally dissolve the church, and about half joined Mercy as members, while the rest pursued membership at other local churches closer to their homes.

Shelton saw the opportunity for churches to merge as something that could be pursued more often, but he said it should be done with much care and thoughtfulness.

“It was a big deal to us that there wouldn’t be an ‘us and them’ dynamic,” he said.

Four Mercy members and four Candlewyck members built a lay-led transition team that included a contract lawyer and someone familiar with commercial real estate to help make the transition as smooth as possible. They met every week for a period of time to address various concerns.

Tony Ferguson, a Mercy member who was part of the transition team, said they were careful not to paint a picture of a “rosy, perfect environment.”

“It was very realistic in the way we approached it. What it took was a lot of giving on both parts and a lot of just watching the Lord work and smooth out all the little bumps along the road,” Ferguson said.

Mercy offered a membership process uniquely for Candlewyck members. For every new member, a Mercy member was assigned to act as a partner in walking with them through the process.

“It was a church-wide, full-on effort. It was very, very challenging much of the time,” Ferguson said. “We addressed it with the main point of, ‘What do we want to see? We want to see Jesus being glorified. How are we going to do that together?”

On their first Sunday together, they met after services to celebrate and pray over the former Candlewyck members, “thanking God for their faith and asking for more faith in the days ahead.”

One couple from Candlewyck is now part of Mercy’s deacon team.

“We’ve been so much better for it,” Shelton said. “Mercy has spiritual grandparents now.”

John and Margaret Adams were Candlewyck members who joined Mercy. They shared their story in a Mercy Church video, looking back at how quickly they became involved as greeters on Sunday mornings and how that let them get to know other members and attenders.

“We were accepted,” Margaret said in the video. “And that was our fear, that we would not be.”

John recalled the season in which the Candlewyck congregation was trying to discern their next steps.

“We’d been praying, ‘Lord, fill up this building.’ … We want to fill up the building based on what He wants us to do, not what we want to do.”

Mercy completed some updates and renovations to the facility when they moved in, and John remembered being asked what he thought about the changes.

“We love the building, but we love the people more,” he said. “And to see people come and fill up this room, and people come in and be baptized down here, that’s what makes it for us.”

“I am beyond amazed at the people that hung with Mercy from Candlewyck that are so engaged and involved, and what a legacy they have left, to watch what God has done there,” Ferguson said.

The church continued to grow as two campuses until the COVID-19 pandemic again forced them to pivot in ministry last year. With restrictions strictly limiting who could enter the senior citizens’ center, Mercy leaders decided to again meet as one campus on Providence Road and instead started an outdoor service, an indoor service and an online service on Sundays.

“It’s kind of been the hub of our church during a really hard time,” Shelton said.

A vision names an existing culture

Before Shelton, together with a launch team, planted Mercy Church, he was on staff at The Summit Church in Durham, where he went through a church planting residency. When choosing a city to plant in, he found, through conversations with local missionaries, pastors and strategists, a “widening gap growing of people that needed the gospel” in Charlotte.

“What became clear was even though there are a lot of churches, the population was booming, and there’s a lot of church plateau and decline in our city,” Shelton said.

He recruited about 25 individuals from Raleigh and Durham, five from Greensboro and 30 already in Charlotte to build a launch team.

“We didn’t just recruit them to be warm bodies,” he said. “We recruited [and trained] them to be missionaries.”

Shelton said the time spent preparing the team bore fruit in how they fully committed to the ministry in Charlotte. Throughout their two-year commitment, he saw “100% involvement” in community groups, ministry teams and tithing.

“It’s more than just ‘I switched to a new church,’” he said about the team’s attitude. “It was a 60-person missionary team.”

Mercy Church started gathering again as one campus at the new Providence Road location when COVID-19 restrictions kept them from meeting at a senior citizens’ center.

Church planting runs in the DNA of Mercy Church, even as a new set of 60 members prepare to launch a Northeast Charlotte campus – something Shelton sees as training for planting a church.

The church’s vision is to “devote ourselves to being a maturing, multiplying, multicultural church” in the next five years. They hope to plant two Mercy campuses and two churches and send 10 overseas missionaries.

“If we’re going to mature our people, then that’s going to end in them going,” Shelton said.

Mercy plans to open a campus near the senior citizen center where they previously met, so members in that area can continue ministry where the church started.

“We’re gonna put a roof over where Mercy people already are, to help them reach their community,” Shelton said.

He hopes to establish a church planting residency at Mercy similar to Summit’s and send a first resident to plant a church by 2025. It’s a vision that “is actually just putting words to a culture that already exists at our church.”

While Charlotte is not identified as a prioritized city for church planting, Shelton continues to see a growing need for churches in the city. Future church plant locations will depend largely on where there is need and where residents feel called to, but Shelton expects to plant not only in North Carolina “but in our backyard – because we need to.” 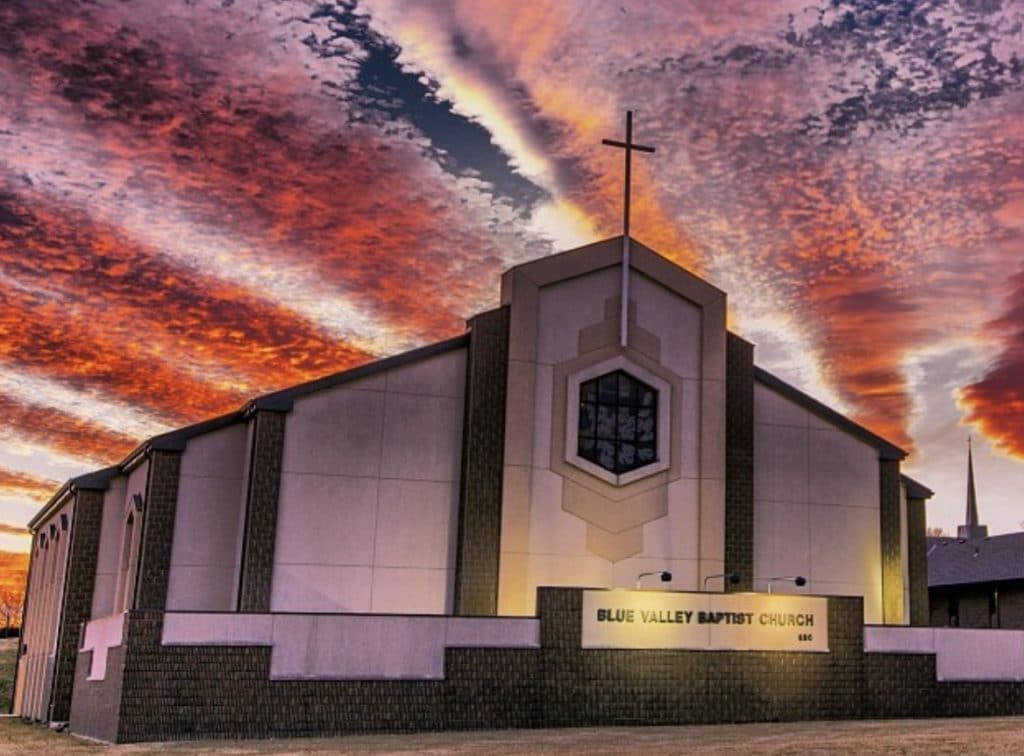 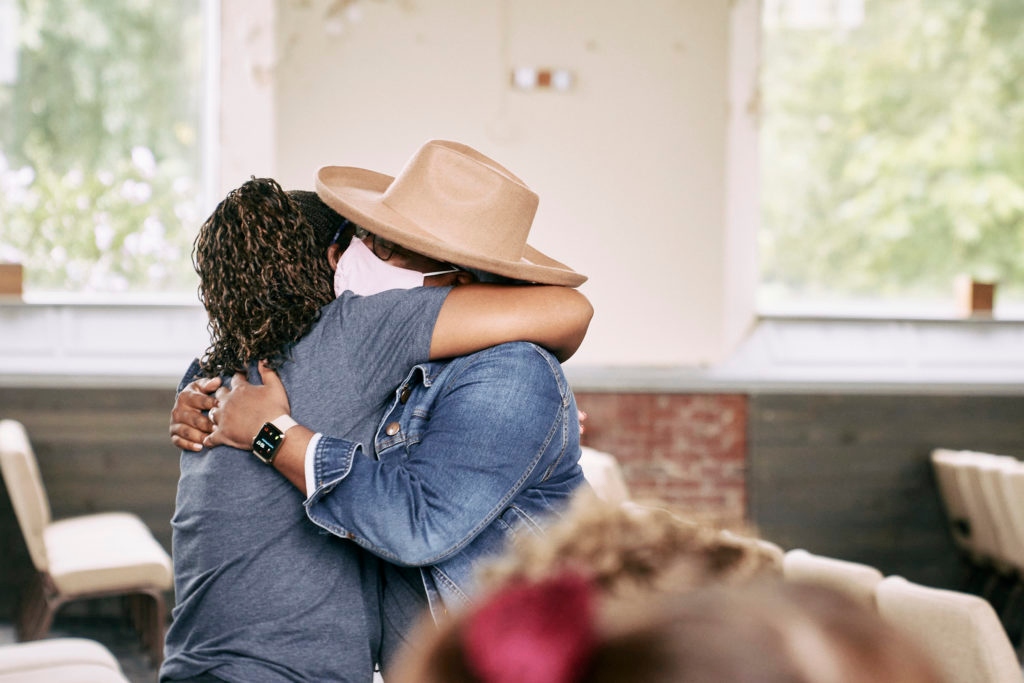 Many turned their backs on North St. Louis, but Jesus never did