Snow shuts down half of this province in the winter. Where a person is when the immobilizing snow hits is where they will be until the spring. This inability to travel has dangerous and sometimes deadly consequences for people living in remote areas who need healthcare.

The 160-bed hospital where Brady Drew* practiced medicine supports around 1 million people in this country. Drew served in Central Asia with the International Mission Board (IMB) for 20 years with his wife Rani* and their children.

“It’s really a very remote, ‘back at the back of the planet’ place,” Drew said of the area.

This hospital is the primary medical facility in the province and many of the patients who frequent the hospital travel for days on the back of a donkey to receive health care. It takes some patients five days to reach the hospital.

“They would have great faith that now that they are in the hospital, they’re going to get better,” Drew said. “They’ve spent their last dollar to get there by donkey, or wheelbarrow, or taxi or whatever they could afford.”

The hospital is supposed to stock and supply free medicine, but Drew said the hospital often sends patients to outside pharmacies to fill their prescriptions. Another hurdle families face is lodging.

Every patient is accompanied by a caretaker, and family members of patients cannot stay in the hospital and must find accommodation. Drew said they often stay in local hotels, which are typically large rooms with mats on the floor where many others also stay. A night’s stay costs the equivalent of one or two dollars.

The hotels, as well as the entire town, have limited electricity and clean water is scarce. Drew saw the needs and wanted to help.

“I just wanted to step in. I wanted to provide somebody with either a place [to stay] overnight, or a square meal or help them buy their medicines,” he said.

Drew started by speaking to a pharmacist. He sent patients to this pre-arranged pharmacy with specially marked prescriptions. He asked that the pharmacist keep a tally of all medicines he prescribed, and then Drew paid for the total at the end of the month.

He also began paying one night’s stay for his patients’ families, but soon began investigating opportunities for more sustainable and long-term shelter. Drew said the Lord gave him the vision to open a medical hospitality house that would provide lodging and meals for families of patients.

In addition to meeting physical needs, the hospitality house provided an opportunity to share the Good News of Christ with people who have little or no access to the gospel. The Drews purchased televisions to show the JESUS film and other faith-based videos.

A local believer named Burhan* manages the hospitality house. Though illiterate, he is familiar with scripture because he regularly and repeatedly listens to audio versions of the Bible.

Burhan’s journey to Christ began with a dream that led him on a journey to find spiritual healing and salvation.

“In his dream, Jesus was at the top of a waterfall with a decaying body in a coffin and a very well-preserved body in a coffin. Jesus told him, ‘I can preserve you in life and in death,’” Drew said.

Burhan asked the man in his dream, “Well, who are you?”

He woke up and knew he needed to find out about Jesus. He had to travel to find someone who could tell him more.

Drew said Burhan, who has no passport, traveled to two neighboring countries in search of someone who could tell him about Jesus. He couldn’t find anyone, so he returned home where he met a foreigner who told him about Jesus and gave him an iPod with a recording of the New Testament on it.

Burhan wants to provide others who’ve made long journeys with the same opportunity to hear about Jesus. He distributes Christian media to guests who pass through the hospitality center. Through technology, the gospel has journeyed into even more remote regions of the country.

Over dinner in the hospitality house, Burhan would ask leading questions as Drew would share the gospel following a showing of the JESUS film.

One night, for example, Burhan led the discussion with this question: “I hear there are Muslims that are believing in Jesus now. Can that really happen?” he asked, nonchalantly.

Through encounters like these and repeat viewings of the evangelistic film over several years, the guards at the hospitality house committed their lives to Christ. A woman who cleans and does laundry also committed her life to Christ.

Now all of the staff at the hospitality center are Christians.

The current capacity of the house is 30 people, and it’s often full, especially in the winter, when all the roads are closed.

Heavy snowfall brought two pregnant women and their husbands to the hospitality house several months before the women were due. One of the women said she has been pregnant three times and lost all three babies. For this pregnancy, she wanted to be seen at the hospital and hopefully go home with a living baby. The staff members shared the gospel with the two couples.

Many people have heard about the hospitality house and will check in there before going to the hospital to make sure they have a room. Other people stumble upon it.

One of these “stumblers” was a man who came to town for eye surgery but wasn’t able to obtain the services he needed. His funds were insufficient. He walked through the local bazaar and prayed and asked the Lord if He was real, could He help him? The man ran into a short-term worker who pointed him in the direction of the hospitality center. A discount was arranged with the eye surgeon, and he was able to work for some extra money while he stayed at the hospitality house.

The man was amazed that God immediately answered his prayer.

Another man brought his son on a three-day journey to the hospital. The young boy needed surgery for a hernia. The hospital told him to return in two weeks. The man spent half of a year’s salary to travel to the city and returning later was financially unfeasible and impractical.

Realizing that the hospitality house is not well set up for housing children for many days at a time, Burhan offered to host the father and son in his own home so the son could play with his children. Each evening Burhan faithfully shared the gospel with the father, who committed his life to Christ. He was the first Christian among his unengaged, unreached people group.

The father’s earthly story has a sad ending. Desperate for money, he signed up for military service and was killed in a volatile area. The man is now spending eternity in heaven.

Though some earthly stories have sad endings, many stories are still unfolding as new Christians grow in their faith and share the hope that they found in the hospitality house.

The Drews are currently in the U.S., while Burhan and other Christians continue to operate the hospitality house. 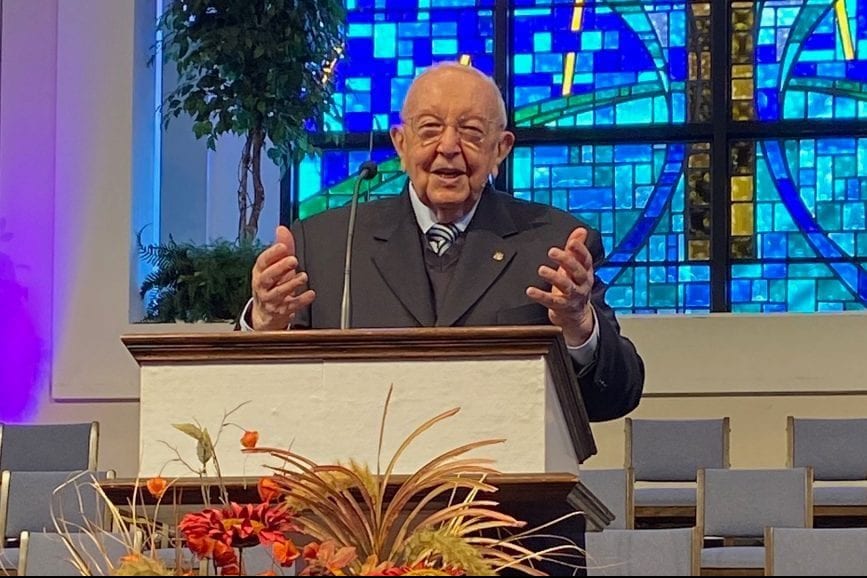