Supporters of the Equal Rights Amendment (ERA) are seeking to revive the controversial proposal in the face of adversarial legal opinions and criticism of its connection to the expansion of abortion rights.

The U.S. House of Representatives gave the revival campaign its latest boost March 17, approving in a 222-204 vote a resolution that would retroactively eliminate the four-decade-old deadline for the amendment’s ratification. Four Republicans joined Democrats in supporting the measure.

Success in the Senate will likely prove more challenging for ERA supporters, since 60 votes would be needed to overcome an expected filibuster.

The first section of the Equal Rights Amendment (ERA) says: “Equality of rights under the law shall not be denied or abridged by the United States or by any State on account of sex.”

Both the House and Senate voted by two-thirds majorities in 1972 to propose the ERA to the states. In doing so, they established a seven-year deadline for its ratification. When it appeared three-fourths of the state legislatures (38 states) would not ratify the amendment by 1979, both houses of Congress acted in unprecedented fashion to extend the deadline by three years. No other states approved the ERA by 1982, however.

Since then, the effort to revive ERA has failed to gain support in federal courts from an estimated 20 judges, most recently in early March. In January 2020, the office of legal counsel of the Department of Justice issued a memorandum that said the amendment “is no longer pending” before the states because Congress “may not revive a proposed amendment after a deadline for its ratification has expired.”

Pro-life advocates, meanwhile, have long contended the ERA – in its language guaranteeing equal rights for women – would result in the establishment of abortion rights in the U.S. Constitution and the eradication of all restrictions on abortion and its funding.

“To achieve equality rooted in God-given dignity, the Equal Rights Amendment is not the way forward because it would make taxpayer-funded abortion readily available,” said Chelsea Sobolik, a policy director for the Southern Baptist Ethics & Religious Liberty Commission (ERLC). “Abortion does not honor women but instead places them at an even greater disadvantage as abortion targets baby girls and harms women’s health. A bill that promotes the killing of the unborn, like the ERA, cannot ultimately be pro-woman.”

She added: “Ensuring human dignity is protected in our laws is a guiding priority of all of our work at the ERLC. The truth of the imago Dei both informs and inspires our advocacy for policies that uphold the immeasurable worth of women and girls in a world that too often neglects the image of God in their lives.”

Marjorie Dannenfelser, president of the pro-life Susan B. Anthony List, said after the House vote, “Abortion is the greatest violation of human rights in our day – the clear antithesis of equality. Its ratification would mean the indefinite blocking of state and federal policy to protect the rights of children in the womb.”

Douglas Johnson, senior policy advisor to the National Right to Life Committee (NRLC), called the vote “ERA’s poorest showing in the House in 50 years.” The original ERA resolution received votes from 94% of House members in 1971, and a 2020 resolution to remove the deadline gained support from 56%, Johnson said. He noted the latest House action was 62 votes short of the two-thirds majority required to amend the Constitution.

According to the NRLC, the ERA “is likely to be employed as a textual constitutional foundation for judicial rulings that would invalidate virtually any state or federal law or policy that impedes access to abortion, or even that has a ‘disparate impact’ on the availability of abortion.” It also is likely to be interpreted to require unlimited government funding of abortion, according to the NRLC.

Pro-abortion organizations have supported the ERA with the expectation it will be construed by courts in those ways.

After the House vote, Alexis McGill Johnson, president of the Planned Parenthood Federation of America, said, “We know an equal society cannot exist unless all people have the right to make their own decisions, plan their own futures, and control their own bodies. And we know the fight for reproductive rights – including access to abortion – is inextricably linked to the fight for women’s equality.”

The ERLC said in a 2019 policy brief the ERA could eliminate not only all restrictions on abortion and its federal funding but also conscience protections for pro-life health-care workers.

Opponents’ concerns are related not only to abortion. In its policy brief, the ERLC said the amendment “could eliminate distinctions based on sex, and effectively erase sex-segregated spaces, leaving women vulnerable.” Sex-segregated areas, “such as women’s shelters and prisons, could be viewed as discriminatory and opened to biological men,” according to the ERLC.

The effort to revive the ERA “has suffered an unbroken 40-year string of rejection by federal judges of every political and judicial stripe,” NRLC’s Douglas Johnson said in a news release. By his count, 20 federal judges and justices have failed to support supporters’ legal claims that the ERA is still alive, he said.

Rudolph Contreras, a federal judge in the District of Columbia who was nominated by President Obama, ruled March 5 the congressional deadline for the ERA was valid and the amendment had expired. The passage of the ERA by the legislatures of Nevada, Illinois and Virginia between 2017 and 2020 had no effect, he said.

Ruth Bader Ginsburg, the late Supreme Court associate justice and a supporter of the ERA, said in February 2020 the deadline had passed and the amendment’s supporters should start the ratification process over.

Before the original 1979 deadline for ratification of the ERA, 35 states had endorsed it, but five of those states rescinded their approval.

The late Phyllis Schlafly – a lawyer, conservative activist and president of Eagle Forum – led the opposition effort by pro-family and pro-life advocates in the 1970s and early 1980s that resulted in the states’ failure to ratify the ERA.

In the House vote Wednesday, the four GOP members who voted for the ERA resolution were Reps. John Curtis of Utah, Brian Fitzpatrick of Pennsylvania, and Nicole Malliotakis and Tom Reed, both of New York. 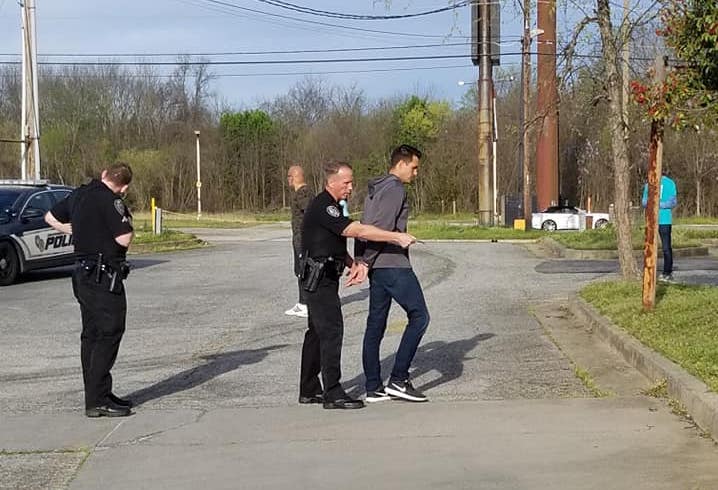