A year of supposedly temporary leadership convinced a presidential search committee it need look no further for the next president of the Southern Baptist Ethics & Religious Liberty Commission (ERLC), the leader of that effort said Sept. 13.

Though Brent Leatherwood was not originally a candidate, the search committee presented him with “great confidence, joy and honor” as the nominee for president of the entity, Todd Howard told his fellow ERLC trustees in their annual meeting. The full board responded to Leatherwood’s nomination with a unanimous vote to approve him as the ninth president in the commission’s history.

Leatherwood, 41, had served as acting president of the entity charged by Southern Baptists with addressing moral and religious freedom issues since the trustees placed him in that role at their September 2021 meeting. He succeeds Russell Moore, who served as the ERLC’s president for eight years before resigning June 1 of last year to become public theologian for Christianity Today, which he now serves as editor-in-chief.

Howard, chair of the presidential search committee, acknowledged its members did not initially consider Leatherwood as a candidate because he, as Howard put it, “did not check two boxes in particular” – pastoral experience and education. The eight criteria established by the search committee included calls for the candidate to be “pastoral in heart” and “appropriately educated.” While the profile did not require an earned doctorate, it expressed the committee’s preference the candidate have a doctorate or a law degree.

Though he has not served as a pastor, Leatherwood “is appropriately pastoral,” said Howard, pastor of Watson Chapel Baptist Church in Pine Bluff, Ark. He described Leatherwood as a “warm” and “friendly” person who “thrives meeting new people.”

Regarding education, Howard told trustees Leatherwood “is well-read, self-taught, and has a solid grasp on the important issues that he would have to be dealing with” and can hire others to address specific needs.

“[F]rankly, 13 months of solid leadership through the turbulent waters of the current Southern Baptist Convention was in the end more compelling than advanced degrees.”

In an ERLC news release, Howard said Leatherwood “became the top candidate by virtue of his leading well through the various challenges facing the commission during the interim season. He has intangible leadership qualities that we could not ignore.”

Following its final interviews with Leatherwood, the committee voted unanimously, “for the first time in this process,” to recommend him as the next president, Howard said.

The committee had “many outstanding and qualified candidates” to consider, Howard told trustees at the end of the 14-month search process. He read 1 Samuel 16 – the account of Samuel’s anointing of David as Israel’s king after God rejected seven other sons of Jesse – in explaining the committee’s experience. After doors closed for some, and others withdrew from consideration, Howard said, the committee found itself asking in a fashion similar to Samuel’s question of Jesse, “You have any more sons?”

Baptist Press photos by Brandon Porter Left, Brent Leatherwood reacts to the news that he has been unanimously elected as the next president of the SBC ERLC. Right, Todd Howard, chair of the ERLC presidential search team, describes the process of selecting Brent Leatherwood as their candidate for the spot.

After the election, Lori Bova, chair of the trustees, said Leatherwood “has made this seem like much less of a transition, because the team under his leadership has not missed a beat. He created a culture where our staff could feel confident to move forward in the work that was set before them.”

Partnerships grew during the last year, she said. Leatherwood worked to strengthen relationships with Baptist state conventions in particular. As part of that effort, the ERLC resumed a meeting with Baptist state ethics leaders that had not been held for several years.

“[I]t is necessary in the spirit of Baptist cooperation that we would have a leader at the helm who would be a bridge builder, be a relationship builder,” Bova told the trustees.

Leatherwood joined the ERLC staff in 2017 as the entity’s director of strategic partnerships. He later became chief of staff and vice president of external affairs before accepting the acting president’s responsibilities.

He came to the commission after nearly 14 years of service in primarily the public policy and political arenas, including four years as executive director of the Tennessee Republican Party and three years as a senior legislative aide to Rep. Connie Mack IV, R-Fla., in the U.S. House of Representatives. He received a bachelor of arts in political science and government from the University of Central Florida.

Leatherwood and his wife Meredith are members of Nashville’s The Church at Avenue South, where he serves as a deacon. They have three children.

Baptist leaders at both national and state levels, as well as pastors and a state governor, commended Leatherwood in written comments provided by the ERLC. Among those:

Tennessee Gov. Bill Lee said he could “think of no one better” than Leatherwood to be the ERLC’s next president, “leading Southern Baptists as they strive to represent Jesus through faithful and humble engagement in the public square.”

Richard Land, the ERLC’s president from 1988 to 2013 and now its president emeritus, said Leatherwood “has led wisely and courageously” during what he described as “a tumultuous and strident period in our nation and our convention. Southern Baptists and America both desperately need the information, inspiration, and guidance the ERLC can provide under Brent Leatherwood’s leadership.”

The National African American Fellowship (NAAF) of the SBC expressed its strong support for Leatherwood, said Frank Williams, NAAF’s president, and Dennis Mitcheel, its executive director. “Brent is a proven leader and trusted partner. His commitment to gospel-centered public policy is seasoned by his sensitivity to the nuanced lived experiences of our diverse [SBC] family,” they said.

Kevin Ezell, president of the North American Mission Board, said, “As I have observed, Brent has a strong faith, knowledge of Scripture, and an unbounding love for Jesus. These are critical tenets for anyone who leads one of our Southern Baptist entities.”

Todd Gray, executive director-treasurer of the Kentucky Baptist Convention, said Leatherwood has been “a helpful partner” as acting president. “Brent’s familiarity with grass roots Southern Baptists, as well as the issues that matter most to us, will help him succeed as he leads in providing resources to help churches address the pressing cultural issues of our day as well as represent us on a national level,” he said.

In a Twitter post Tuesday, [Russell] Moore said the ERLC “could not have made a better choice for president.” Leatherwood “is brilliant, godly, brave, and Christlike. He is a phenomenal leader, and I can’t wait to see what God does,” he said.

At 41, Leatherwood was elected at the same age Land and Moore were when each became president of the commission.

As acting president, Leatherwood took over for Daniel Patterson, who served in that role for three months after Moore’s departure before becoming executive pastor at Central Baptist Church in College Station, Texas. 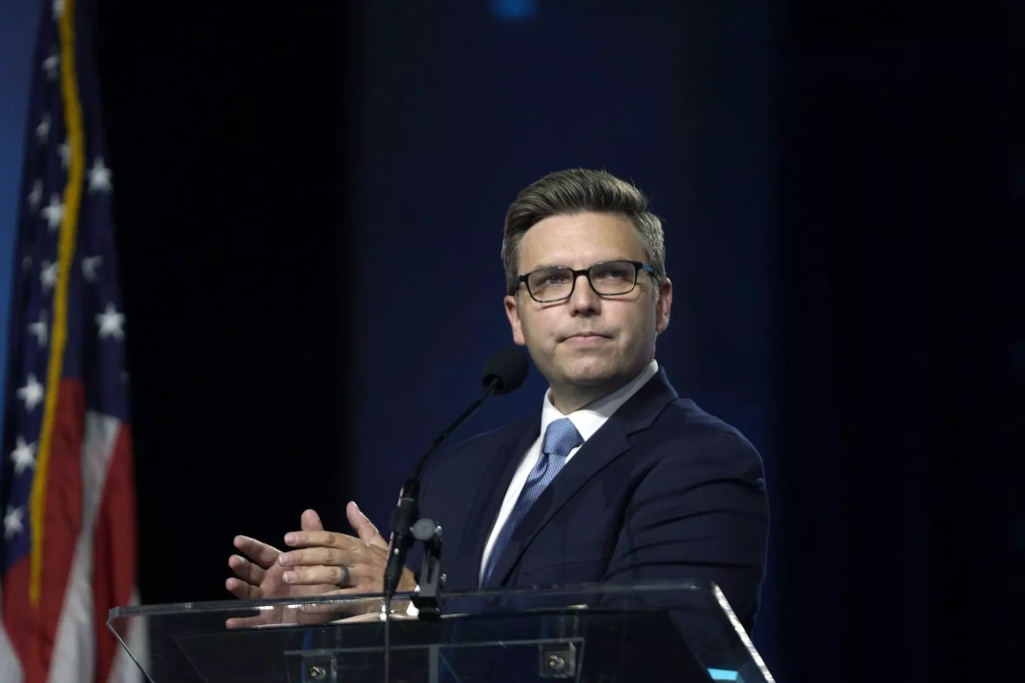