Internationally-known evangelist and apologist Ravi Zacharias sexually abused women under the guise of massages for a chronic back injury at least as far back as Feb. 2014, according to a report commissioned by Ravi Zacharias International Ministries (RZIM).

Although not a Southern Baptist, Zacharias was a popular speaker at apologetics events and a friend to many Southern Baptist Convention (SBC) leaders. In 2018 he addressed messengers at the annual meeting in Dallas with the message “Convictions that conquered the world.”

Four cell phones utilized by Zacharias, whose ministry lasted approximately 50 years, provided the bulk of evidence that he had multiple relationships with women who were not his wife. That evidence includes well over 200 “selfie”-style photographs of women, many of them explicit, as well as conversations over email the report termed as “amorous.” As the “silent partner” of two Atlanta-area massage parlors, Zacharias made unwanted advances and pressured therapists toward inappropriate touching.

In a statement, the RZIM board called the report’s findings “horrendous.”

“We believe not only the women who made their allegations public but also additional women who had not previously made public allegations against Ravi but whose identities and stories were uncovered during the investigation,” it read. “Tragically, witnesses described encounters including sexting, unwanted touching, spiritual abuse, and rape. We are devastated by what the investigation has shown and are filled with sorrow for the women who were hurt by this terrible abuse.”

In its statement the board said it has enlisted victims advocate Rachael Denhollander as a consultant and “confidential liaison” to educate board and senior leadership as well as work with survivors.

RZIM hired the law firm Miller & Martin PLLC to conduct an independent investigation following a Sept. 29, 2020, report by Christianity Today on accusations of sexual abuse against Zacharias from three women who were employees of the Atlanta-area massage parlors. That came three years after Zacharias denied accusations of an illicit online sexual relationship with a woman in Canada. That woman, later identified as Lori Ann Thompson, confidentially settled the dispute in the fall of 2017 with a nondisclosure agreement.

Prior to the 2018 SBC Annual Meeting, RZIM’s board had assured the Committee on Order of Business that Thompson’s accusations were without merit, said Steve Gaines, pastor of Bellevue Baptist Church near Memphis, who was SBC president at the time.

“We were assured that the single allegation at that time had been settled and was false,” he told Baptist Press. “The more recent revelations from the investigation of Ravi Zacharias have broken our hearts. We grieve for every woman who was abused in any way.

“This behavior is deplorable. I commend RZIM for the independent investigation. Sexual abuse is sin and must be dealt with.”

In the Washington Post, Thompson expressed appreciation for RZIM’s apology, but said “it must be backed by action.”

“I’d like to know how each member of the executive leadership feels they themselves have failed,” she said. “Don’t hide behind the institution. We almost didn’t make it out of this. … We almost lost our marriage. We’re not looking to be litigious, but we’re looking for them to be accountable. They tried to actively crush our family.”

According to documents filed with the Georgia Secretary of State, Zacharias was involved as a “silent partner” with two spas in Alpharetta, Ga. – Touch of Eden and Jivian Wellness.

Therapists at those spas told Christianity Today that Zacharias would repeatedly “try for more than a massage” and sent “obvious cue[s] that he wanted more.” Over time, several therapists told investigators those requests morphed into acts of sexual abuse.

Of the more than 50 individuals – including more than a dozen massage therapists – who were interviewed for the report, only one said Zacharias engaged in sexual intercourse with her. The woman, who was struggling financially at the time she met Zacharias, said he offered to help pay for her schooling and monthly living expenses as well as compensate her for the massages.

According to investigators, “she told us she ‘felt obligated’ to do what he asked because of the financial support he provided.” The woman went on to describe the encounters, which lasted a number of years, as rape.

Zacharias, she said, would make “her pray with him to thank God for the ‘opportunity’ they both received. She said he called her his ‘reward’ for living a life of service to God, and he referenced the ‘godly men’ in the Bible with more than one wife.” He would often warn her against speaking out, telling her “she would be responsible for the ‘millions of souls’ whose salvation would be lost if his reputation was damaged,” the report said.

A massage therapist Zacharias met in 2014 in Bangkok was one of four women determined to receive “a significant portion” of funds provided through Touch of Hope. According to a description in the Notes application of one of Zacharias’ phones, Touch of Hope was “a humanitarian effort on the part of RZIM meeting short term needs for long term gains.” In actuality, said investigators, it was a “purely discretionary fund” with “no clear guidelines governing how money would be granted.” Through Touch of Hope, the woman from Bangkok received $40,000 for culinary school in the United States.

Zacharias would often travel to Bangkok or other areas of Southeast Asia for writing trips where he would spend days or even weeks alone. In the Notes application for one of his phones, investigators found translations of certain words and phrases in Thai and Mandarin. Those phrases include “I miss you so much,” “a little bit further,” “U R beautiful,” and “I’d like to have a beautiful memory with you.”

Former SBC President Johnny Hunt, a longtime friend of Zacharias, said in an interview that he was “heartbroken” by the report.

“It’s difficult to digest,” Hunt said. “I discounted [the allegations] far more than I should have. I really grieve and have deep pain for the victims.”

Hunt also stated that he “never saw any hint” of the behavior outlined in the report, and that he was “deeply grieved” for Zacharias’ wife and children, as well as the staff of RZIM.

Zacharias concealed his activities by a variety of means. His chronic back pain was well-known and even acknowledged by the Miller & Martin report. Thus, it stated, “he was able to hide his misconduct in plain sight” because his actions often took place when he was alone with massage therapists.

In addition, Zacharias covered his tracks electronically. Witnesses said he carried at least two phones with him at all times that were on a separate plan from those used by RZIM. He also insisted on remaining separate from official RZIM communication platforms through the use of private email addresses and while at the organization’s headquarters would use the public wireless access rather than RZIM’s virtual private network.

Zacharias claimed these steps were for security purposes, but the result was that no one at RZIM would have had access to his devices or email communications. The report also said Zacharias would use encrypted platforms – where deleted messages are impossible to retrieve – such as BlackBerry Messenger and WhatsApp.

Following Thompson’s allegations, Zacharias announced that he had learned how steps to guard himself digitally must accompany those he had taken in a physical sense. But, the report said, “as the architect of those ‘physical safeguards,’ Mr. Zacharias well knew how to elude them.”

In January, Lifeway Christian Resources confirmed that they were among merchants who had removed RZIM materials from their inventory “based on the allegations that have been widely reported.” RZIM’s UK Board, Zacharias Trust, issued a statement after the investigation’s findings applauding the women who had come forward while announcing “a clear separation from the global RZIM organization.” In an email to Baptist Press, RightNow Media confirmed that all RZIM content had been removed in October as allegations surfaced and the investigation had begun.

Attempts by RZIM staff to confront or question Zacharias’ behavior were quickly rebuffed.

They joined a growing number of staff who were met with indignation after speaking out or asking questions. According to the report, Zacharias would be “strident and inflammatory,” describing critics as “nasty people” and “lunatics” engaging in “satanic-type slander and falsehood.”

After many details of Thompson’s communications with the evangelist were made public, Zacharias attempted to explain himself in an all-staff virtual meeting in Jan. 2018. Many in attendance found his reasoning “nonsensical,” but when they expressed doubts about his story “they were ignored, marginalized, and accused of disloyalty.”

Zacharias was born in Madras, India, and grew up in Delhi. Raised Anglican, he was originally a skeptic until surviving a suicide attempt at 17 years old. He would go on to become an evangelist and rose to prominence in 1983 when he spoke in Amsterdam for a Billy Graham crusade.

He founded RZIM in Aug. 1984. Based in Atlanta, the organization claims a team of nearly 100 speakers and ministry in 15 countries. During Zacharias’ ministry he spoke to audiences and groups around the world and authored more than 30 books. 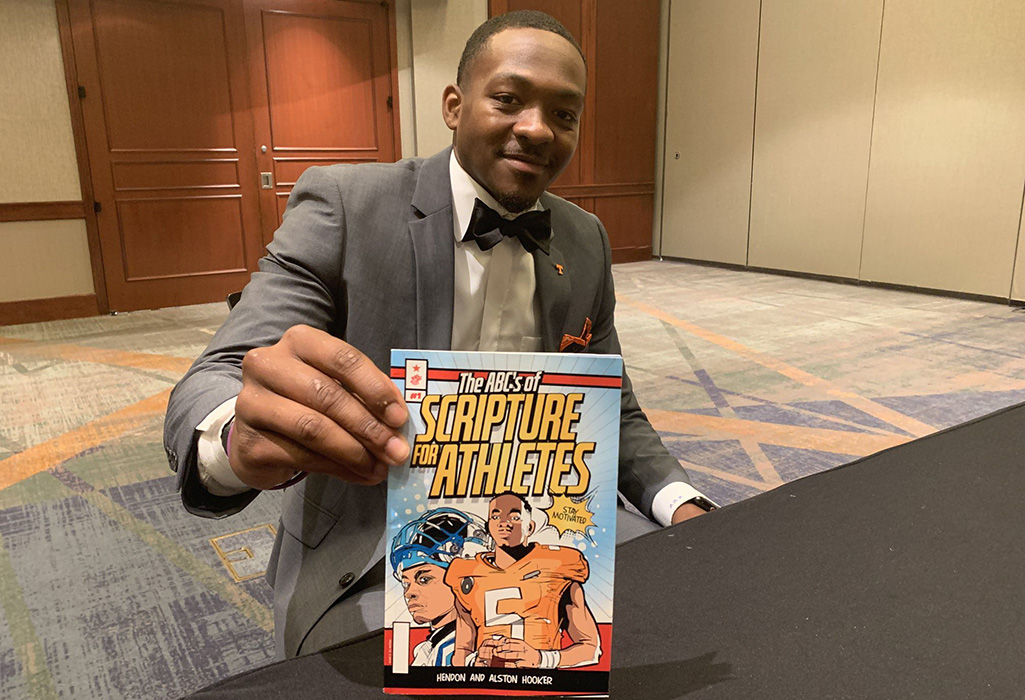 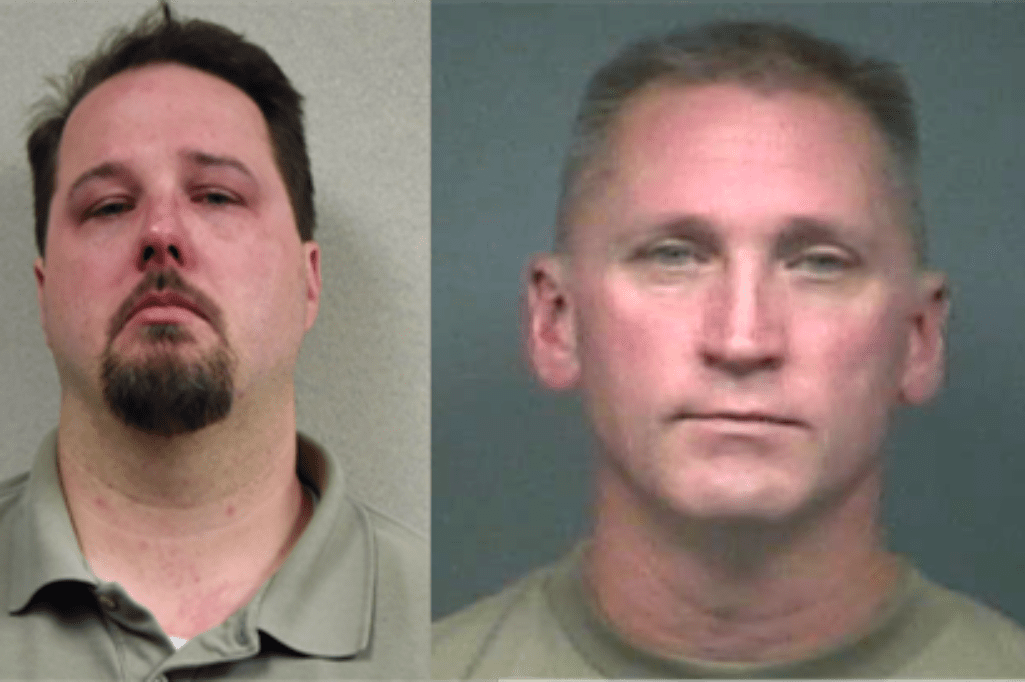