As the International Mission Board (IMB) closes the 2020-21 financial books, it expects to report an Lottie Moon Christmas Offering (LMCO) total of $177.6 million. This total includes $14.9 million received for specific Lottie projects (often called Lottie Moon challenge or Lottie giving projects) and exceeds the $175 million offering goal set in partnership with Woman’s Missionary Union (WMU). IMB also received $96.8 million from the Southern Baptist Convention’s Cooperative Program (CP) for 2020-21, which, combined with other sources of revenue, made it the best financial year in the organization’s 176-year history.

Because CP receipts cover operating costs of the IMB, 100% of gifts given through the Lottie Moon offering and to the IMB throughout the year go directly to the mission work overseas.

“This total reflects the unending commitment of Southern Baptists to be a Great Commission people,” IMB President Paul Chitwood said. “Together we are reaching the nations and advancing a kingdom message that Jesus saves.”

“In a year where the world continued to be plagued by a pandemic, natural disasters, wars and division, we did not back down, and we will not back down in our efforts to see the Revelation 7:9 vision fulfilled.”

Chitwood also expressed his thankfulness for WMU and the leadership of Sandy Wisdom-Martin, executive director-treasurer of national WMU. Wisdom-Martin and teams of WMU members and mission partners from around the country wrote thousands of hand-written notes to churches who were not actively participating in the offering.

Wisdom-Martin thanked Southern Baptists for their response to the offering while encouraging continued sacrificial giving.

“More than 100 years ago, Annie Armstrong suggested WMU’s Christmas offering for international missions be named for Lottie Moon,” Wisdom-Martin said. “We rejoice with overflowing gratitude that the goal was exceeded, knowing every penny will be used to proclaim Christ among the nations. May we use this significant accomplishment as a launching pad to deliberately and purposefully stretch and reach to unparalleled and sacrificial levels of giving for His kingdom.”

Chitwood added that while we have much to celebrate as Southern Baptists and at the IMB, “much work remains. The IMB has a long way to go in order to grow out of three decades – yes, three decades – of revenue growth falling short of inflation. We are finally heading in the right direction, but the journey has just begun.”

Resources for the 2021-22 Lottie Moon and Week of Prayer emphases are available now. The stories reflect God’s work around the world and Southern Baptists’ commitment to the Revelation 7:9 vision. Much of the content also shows how God is sending messengers of the good news cross-culturally and how IMB is partnering with global missionary partners from many nations.

Larry and Melissa Lewis, who are featured on Day 8 of the 2021 Week of Prayer, are seeing churches planted in the Czech Republic, and expect continued growth in the lives of believers.

“Because you give generously to LMCO, IMB missionaries have been able to help plant churches across Western Czech,” the Lewises said. “Because you give, hundreds of families receive Bibles and hear the good news of Jesus. Because you give, discipleship materials are being translated into Czech, and are being used to disciple new believers. Thank you for giving.” 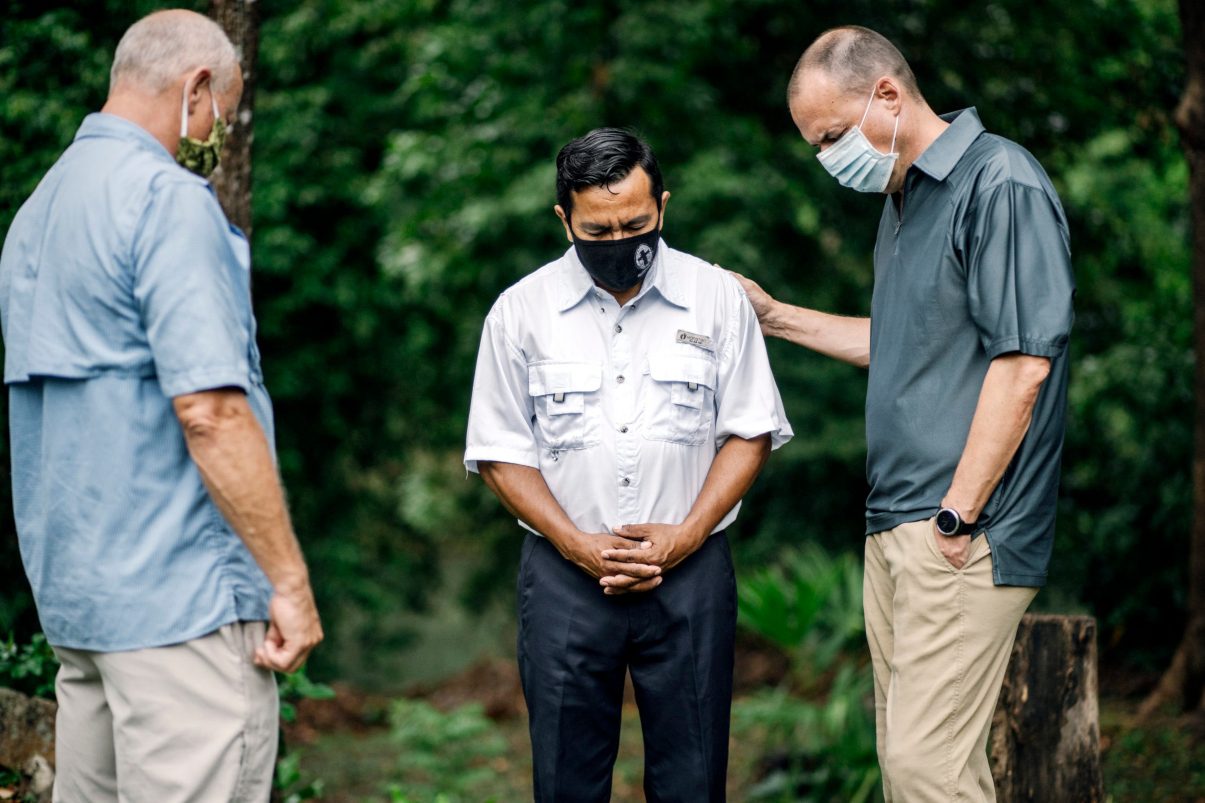