One day after a key vote in the U.S. Senate to advance a bill that would provide federal protections for same-sex marriage, N.C. Baptist leaders spoke out against the measure which drew the support of both of North Carolina’s Republican senators.

North Carolina’s Richard Burr and Thom Tillis were among 12 Republican senators who joined all 50 Democrats in a 62-37 procedural vote on Wednesday that allowed the bill, known as the Respect for Marriage Act, to garner the 60 votes needed for the measure to be considered by the full Senate without a filibuster.

If passed, the bill would repeal the 1996 Defense of Marriage Act and would require individual states to recognize legal marriage from other states, including same-sex marriages.

Danny Akin, president of Southeastern Baptist Theological Seminary in Wake Forest, N.C., expressed his disappointment in the measure and in the two N.C. senators who supported in a post on social media.

“Very disappointed. I am especially disappointed at NC Senators @SenatorBurr and @ThomTillis. I did not vote for you to do this.” Akin wrote in a Twitter post.

J.D. Greear, pastor of The Summit Church in Raleigh-Durham, also expressed his disappointment in a Twitter thread and called on Burr and Tillis to oppose the bill when it comes up for vote by the full Senate.

“I cannot say strongly enough how disappointed I am in our two Senators @SenatorBurr and @ThomTilis for their approval of this (so-called) ‘Respect for Marriage’ Act. It’s actually (dis) respect,” Greear wrote in a thread on Twitter.

Greear went on to write: “Governments don’t create marriage any more than they ‘create’ natural rights–they recognize them as part of the Creator’s design. Both conservatives and progressives have positive contributions they can make to society, and among the most important thing conservatives can add is ‘conserving’ the freedoms and created-order institutions that undergird our Republic.

“How can anyone call oneself a conservative and not to conserve the most fundamental building block of society–i.e. the created order of marriage? I urge my Senators to reconsider and vote against this when it comes for the official vote.”

Todd Unizicker, executive director-treasurer of the Baptist State Convention of North Carolina, told the Biblical Recorder that he personally reached out to Tillis’ office to express his disappointment and encourage Tillis not to vote for the bill when it comes before the Senate.

Earlier this year, Unzicker and the state convention’s elected officers were among N.C. Baptists who signed an open letter expressing opposition to the Respect for Marriage Act.

A Senate vote on the final bill is expected to come soon, although it’s not clear whether that vote will come before or after the Thanksgiving recess.

Prior to Wednesday’s procedural vote, Tillis was among a group of senators that included fellow Republicans Susan Collins of Maine and Rob Portman of Ohio who worked with Democrats Tammy Baldwin of Wisconsin and Krysten Sinema of Arizona on a bipartisan amendment to the bill.

In a statement, the group said their amendment to the Respect for Marriage Act “ensures robust protections for religious freedom.”

The group said its amendment “Protects all religious and conscious protections available under the Constitution or Federal law … and forbids this bill from being used to diminish or repeal any such protection.”

Additionally, the group said the amendment would not require nonprofit religious organizations to “provide any services, facilities or goods for the solemnization or celebration of marriage.”

Critics of the measure say the amendment only provides “marginal” improvements to the bill.

“Though it could be argued that this amendment marginally improves the bill, the vast majority of religious liberty concerns remain insufficiently addressed,” Hannah Daniel, policy associate with the Ethics & Religious Liberty Commission (ERLC), wrote on the ERLC’s website.

In an explainer article about the Respect for Marriage Act, Daniel wrote:

“Though the ERLC is grateful for these marginal improvements to the original version of the bill, the bipartisan amendment does not provide adequate protections for religious liberty. This bill, even as amended, does not provide meaningful protection for those that maintain a traditional view of marriage. This amendment invites further confusion and litigation without offering sufficient security for the many faith-based organizations serving their communities outside of ‘solemnizing or celebrating marriages.’ Through reiterating the protections that already exist in the law and using unhelpfully vague language, the amendment appears to offer people and institutions of faith more additional protection than it actually does.”

In a Twitter post, Leatherwood wrote, “Marriage: Is an institution designed by God, was created for our flourishing (and) is between one man and one woman for life. Today’s Senate action is wrong. But because of the above biblical realities, no gov’t action will ever redefine that truth. John 16:33 is true.”

If passed by the Senate, the bill would go back to the U.S. House of Representatives for approval before going to President Joe Biden to be signed into law. The House passed its own version of the Respect for Marriage Act in July.

Supporters of the Respect for Marriage Act hope to pass the legislation through the House before the end of the year as Republicans are projected to take control of the chamber next year following the midterm elections. 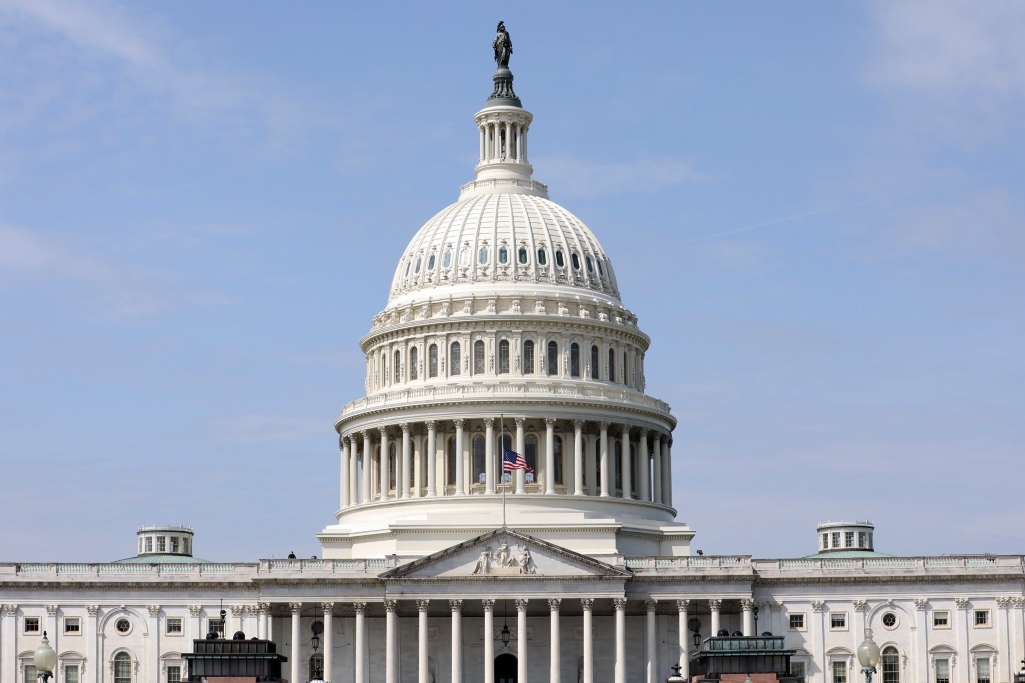 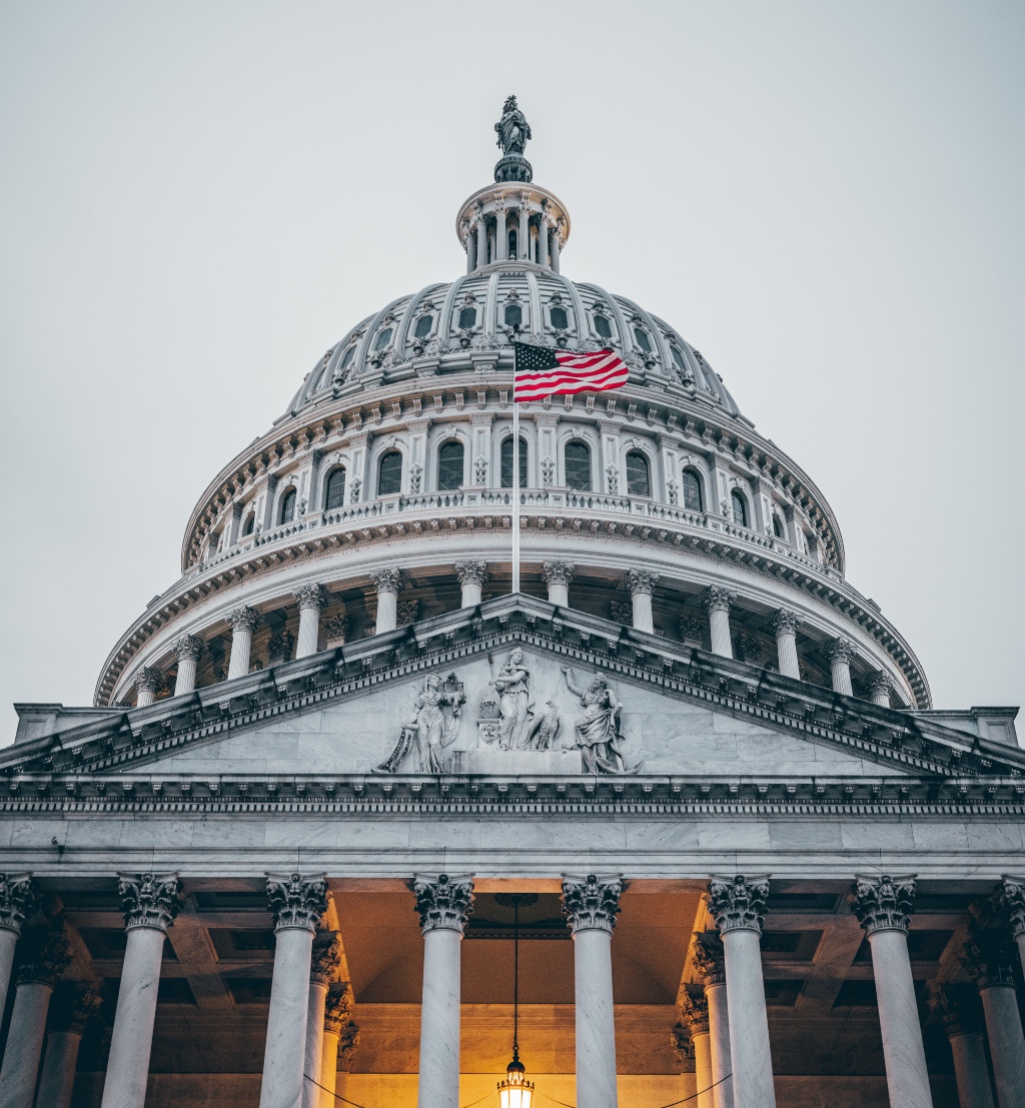