N.C. Baptists celebrate more than 1,600 baptisms through ‘Fill the Tank’

Elle Robinette wasn’t going to let being bound to a wheelchair prevent her from being baptized.

Cradled in her husband’s arms, Robinette entered the baptistry at Salem Baptist Church in Sneads Ferry, N.C., where Pastor Danny McLamb baptized her at the conclusion of the morning worship service on Sept. 12.

“God will make a way!” McLamb exclaimed after Robinette’s husband lifted her out of the water.

From the mountains to the coast, scores of individuals just like Robinette publicly professed their faith in Jesus Christ through baptism across North Carolina as part of the special “Fill the Tank” baptism emphasis held in conjunction with national Baptism Sunday.

Nearly 700 N.C. Baptist churches committed to participate in the “Fill the Tank” emphasis leading up to Baptism Sunday on Sept. 12. As of 9 a.m. Sept. 20, more than 320 churches had reported nearly 1,600 baptisms collectively from across the state.

“It’s been exciting and encouraging to see so many churches across our state come together to celebrate new life in Christ through baptism,” said Todd Unzicker, executive director-treasurer of the Baptist State Convention of North Carolina (BSC). “We’ve heard so many powerful testimonies of how God moved, and reports are still coming in. I pray that what happened (on Baptism Sunday) would compel us all to be more intentional about sharing the good news, making disciples and sending the saved.”

All across North Carolina, churches held baptisms both inside and out – in baptistries, tubs, pools and natural bodies of water.

Merritt Taylor, pastor of Shoal Creek Baptist Church in Burnsville, N.C., baptized six people in the Toe River at a local campground, which was followed by a celebration with cake and ice cream.

Quintell Hill baptized two people at Multiply Community Church in Monroe, N.C., where he serves as lead pastor. One of the individuals Hill baptized was his 10-year-old daughter, Moriah.

Churches across the state had been preparing for Baptism Sunday for several months by pledging to “Fill the Tank” and praying for God to save people and follow through in obedience through baptism.

Several churches conducted baptisms in the weeks leading up to Sept. 12, and others planned special services on Sept. 12.

“Labor Day weekend marks the end of our official summer here at White Lake and brings many sad goodbyes for our part-time worshipers as they go back home for our off season,” McGill said. “So we chose to ‘Fill the Tank’ on Sept. 5 for baptism. Of course our tank was already full – we have a natural, 1,100-acre baptistry called White Lake.”

“It is awesome to scroll Facebook this morning and see the overwhelming flood of baptisms from yesterday,” Paul “Toby” Neal, associational mission strategist for the Pee Dee Baptist Association in Rockingham, N.C., wrote in a post on Facebook. “Woohoo, Go God.”

The impact of the “Fill the Tank” emphasis in North Carolina spread around the world.

When the “Fill the Tank” emphasis was first announced in the spring, Tamran Inayat, Urdu pastor at The Point Church in Cary, N.C., began highlighting it in his online messages that have a significant following by churches in his native country of Pakistan. Leading up to Sept. 12, Inayat said those churches collectively baptized 70 new Pakistani believers.

Tony Emes, pastor of the church plant Iglesia Casa de Paz in Harrisburg, N.C., baptized five people on Sept. 12. Emes’ church was one of the more than 30 Hispanic congregations across the state who committed to participate in “Fill the Tank.”

“I am so encouraged over the “Fill the Tank” weekend to see what God is doing in North Carolina,” Emes said. “People are coming to faith, being baptized, healthy disciples are being made, new churches are being planted and Jesus is being made known in entire families.

“Most importantly, God is getting all the glory.”

Daniel Dickard, pastor of Friendly Avenue Baptist Church in Greensboro, N.C., emphasized evangelism in the morning and baptism in the evening worship services on Sept. 12. Evangelist Dave Walton preached in the morning during a special “Bring Your One” emphasis, related to the national “Who’s Your One?” evangelism emphasis. That evening, Dickard baptized six individuals, which included three members of one family.

Dickard said he hopes that the “Fill the Tank” emphasis will spark a Great Commission movement across North Carolina and beyond that is marked by people sharing Christ, people coming to faith in Christ, people celebrating new life in Christ and people living missionary for Christ.

“Our hope is that our church and every church that participated in “Fill the Tank” would recapture the miracle of believer’s baptism,” Dickard said. “Every person baptized represents the miracle of God’s grace.” 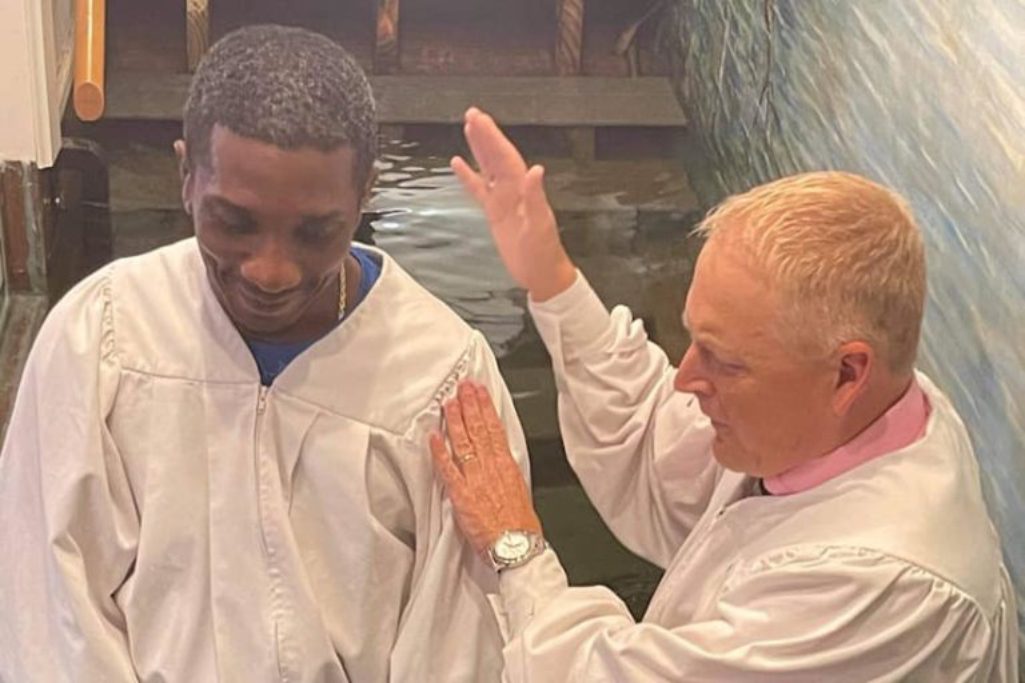