Awaiting his COVID-19 test results, Long Island City, N.Y., pastor Patrick Thompson was self-quarantined at home with a sore throat and a 102-degree fever. But the LIC Relief ministry he co-founded before he took ill still was blessing many beyond his closed bedroom door.

“That group of women were in there praying because their normal delivery of food and stuff was lacking over that week,” Thompson told Baptist Press (BP) March 25. “And they were praying, ‘Well God, where are we going to get a meal tonight?’ And Ebony shows up with 45 meals and she said they were all in tears. Now we’re bringing dinner to them on a regular basis.”

From the state of Georgia, a woman contacted LIC Relief seeking help for her elderly handicapped parents in New York City who were unable to leave their housing development for food.

“That day we were able to go deliver them groceries and meals,” Thompson said. “It’s been quite a journey, and it’s been quite a beautiful testimony of the gospel, to me, of being the hands and feet of Christ where there’s a need, without an expectation of a response.”

Thompson, pastor of New City Church in Long Island City, co-founded LIC Relief with area Parent Teacher Association leader Kelly Craig just days ago. Craig was concerned that school children who depended on meal service at school would go hungry because schools are closed during the pandemic. The two called on community leaders and organizations to collaborate March 16. 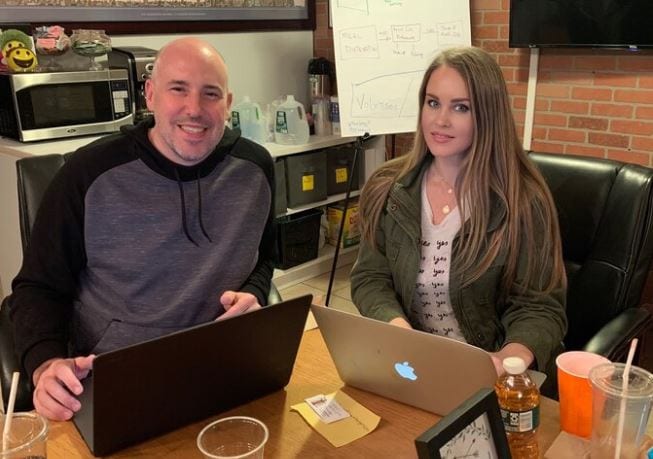 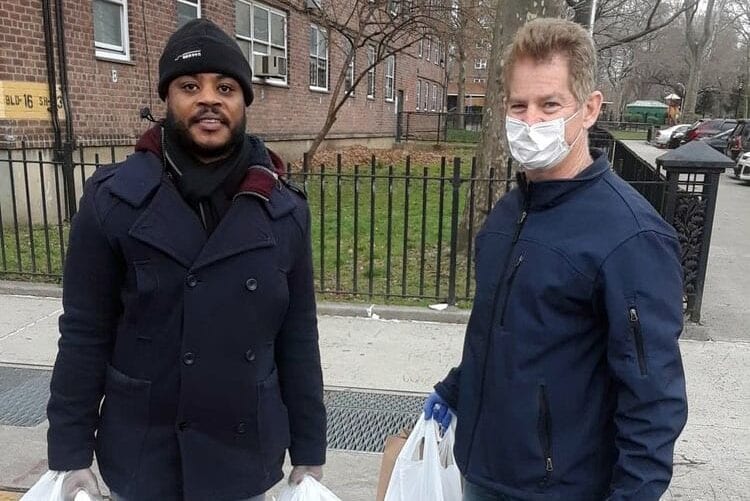 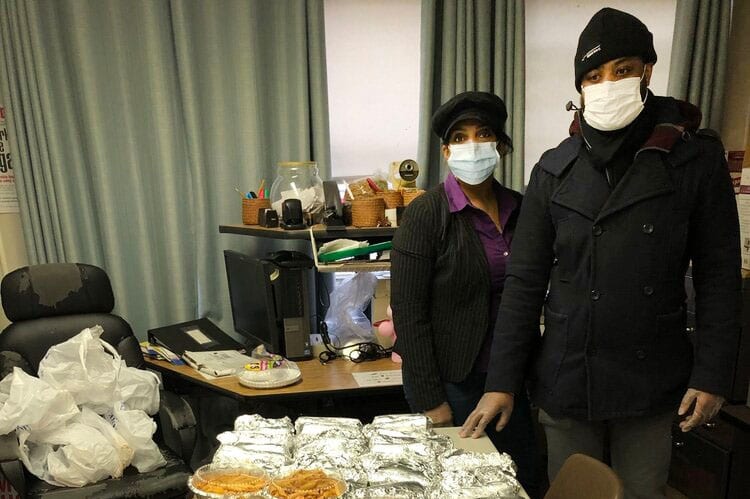 Pastor Patrick Thompson and Kelly Craig started the ministry LIC Relief earlier this month to help children who may go hungry as schools are closed. Now, Thompson is ill and awaiting the results of a COVID-19 test, but the ministry has grown rapidly. They have recruited more than 120 volunteers to deliver groceries and meals. Submitted photo

“We have seven restaurants that are preparing meals for $5 a piece that our organization pays them to do. So the meals are free to anybody who wants to come pick them up,” Thompson said. “And so we’re now producing 500 meals a day from locally owned restaurants and weekly putting about $13,000 back into the economy of our local restaurants to keep them open during this time. … It’s been phenomenal. I can’t even explain. I was planning on Monday being out delivering meals, and I haven’t been able to do that.”

Instead, area restaurants are also delivering meals to Thompson, who spoke with BP from his home. There, his wife Katie leaves meals for him on a chair outside the bedroom where he is confined. The lab conducting his COVID-19 test still was backlogged March 26, he said.

“I got a test on Monday, and I’m waiting for my results today,” he said Wednesday. “But I do feel better today. Monday and Tuesday were kind of tough. … [COVID-19] has certainly kept me confined, but honestly most of New York right now is staying in their apartments, so it’s very quiet. I live in a 26th floor apartment, and I can look down over the streets of the city and the park, and they’re empty.

“Even not feeling well, sitting in a bed or chair by myself, I can still send emails,” he said. “I can still record things online. … The illness I don’t think has really affected me. It might in a different situation or in a different city where there was still the ability to go out and meet in groups of 10 or so.”

New City Church just outside New York City is communicating through social media and conducting small groups on Zoom. The Southern Baptist Convention 2019 Annual Church Profile records about 50 members and an average worship attendance of 135. Thompson is a former North American Mission Board church planter, but his current church is now considered a sending church.

New York City is emerging as the U.S. epicenter of COVID-19 as the global landscape of the virus changes rapidly. In numbers mapped by the Johns Hopkins Coronavirus Resource Center, more than 280 people had died of COVID-19 in New York City by Thursday, among nearly 22,000 diagnosed cases in the city.

COVID-19 has enabled the church to more effectively spread the love of Jesus, Thompson said.

“Our little slogan for LIC Relief is ‘neighbors helping neighbors,’ and that to me is neighborly love that Jesus explained,” Thompson said. “Who is my neighbor? It’s the person next door to me who can’t get groceries. And what should I do? Just like the good Samaritan, do what I can. … And that’s what we’re literally trying to do, is put that parable into practice right now.

“It’s been amazing to see the entire community come around this relief effort.” 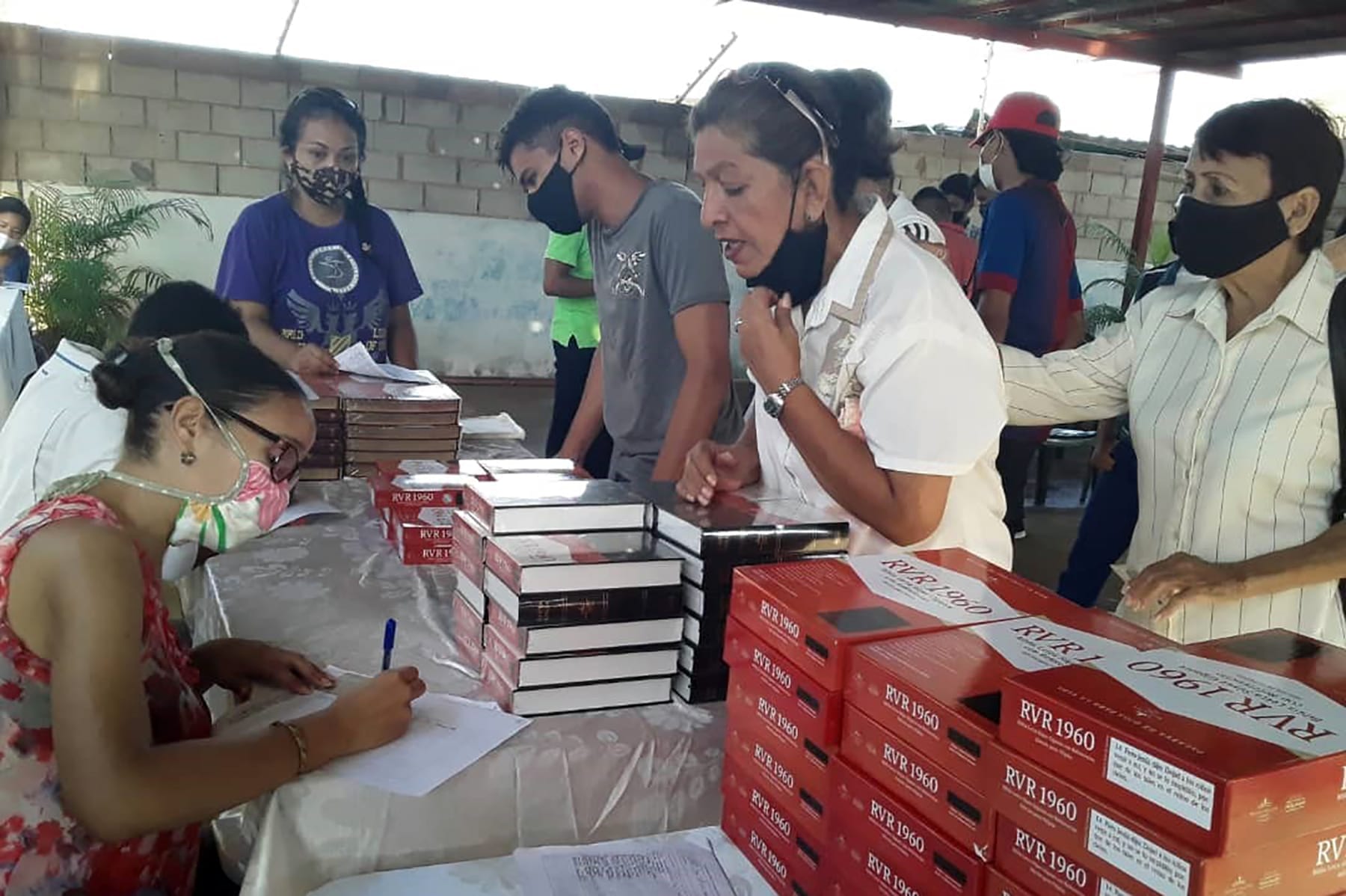 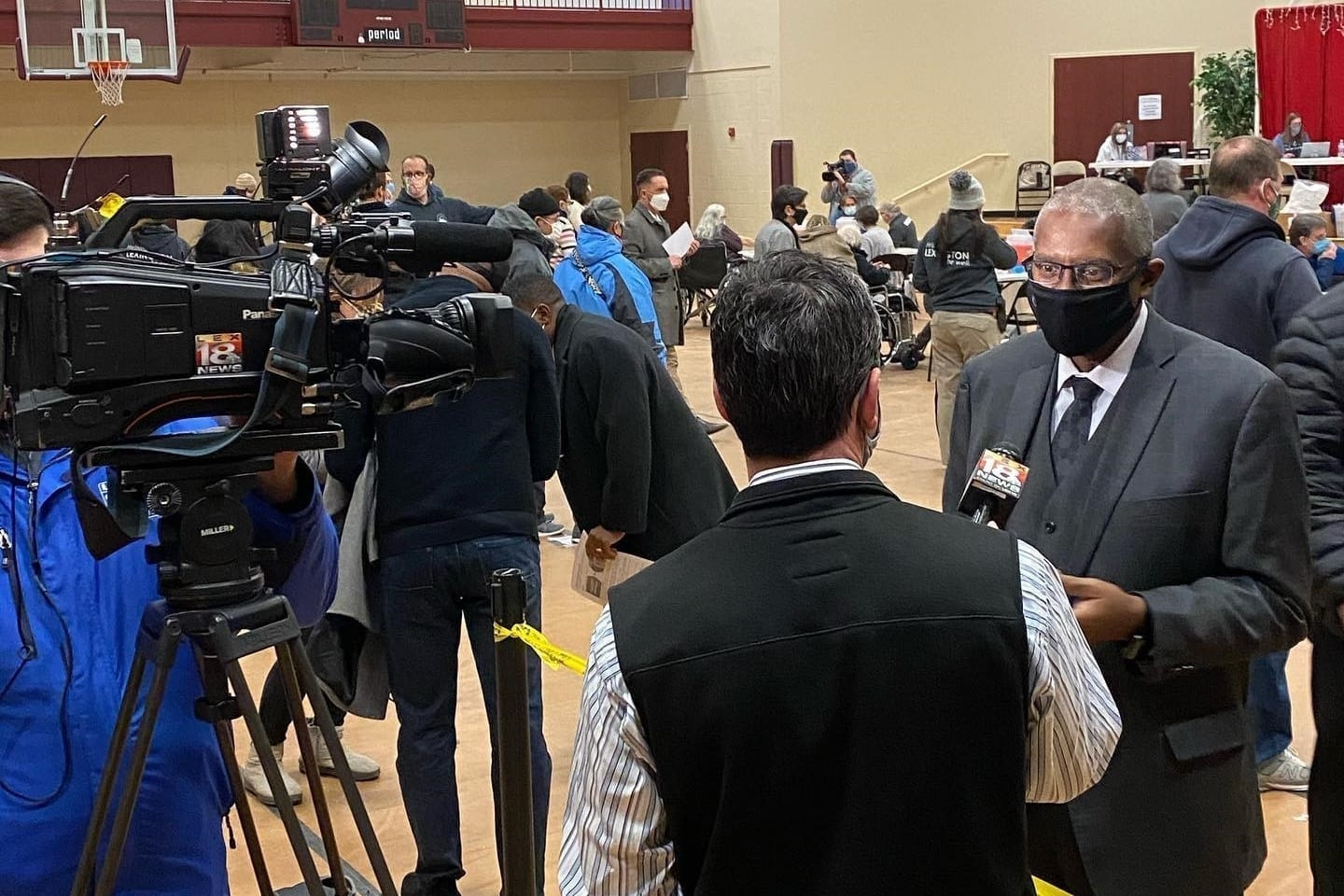