A prayer movement undergirding Northeast Houston Baptist Church for nearly all of the past year has led to record-setting growth and signs of health, pastor Nathan Lino said.

“There have been hundreds of stories of people’s lives being changed, marriages being healed, broken single hoods being redeemed, people getting jobs who couldn’t, houses selling that weren’t,” Lino told the TEXAN. “We’ve had quite a few verified medical healings. It’s been unbelievable.”

The prayer emphasis began last September amid COVID-19, racial unrest and a harsh election season, the pastor said, and the church decided to set aside every Tuesday to pray and fast for a greater presence of God in their congregation.

“The greatest thing about it is just the palpable presence of the Lord in that prayer service on Tuesday nights,” he said. “It’s unlike anything I’ve ever been a part of in my entire life. It’s incredible.”

Hundreds of people have accepted Jesus as their Savior since the prayer effort began, many people have been baptized, men have surrendered to become pastors and new families have joined the church, the pastor said.

“One of the things we’ve come to learn is once we decided to come to the Lord in order to get the Lord rather than His stuff, then He granted us His presence,” Lino said. “… The biggest thing that has resulted is a far greater desire in our hearts to sit in His presence. He’s addictive. The more He has manifested His presence, the more we want to spend time in it.”

Lino uses an analogy to explain it.

“Uber rich people have very few friends, if any, because they’ve learned from experience that in the end every person that wants to spend time with them ultimately is just trying to get money,” he said.

“God is the richest person in existence. He owns the cattle on a thousand hills, and what He’s used to is Christians coming to Him, but in the end it’s because we’re trying to get His stuff.

“… Few of us are actually coming to Him just to be with Him, whether He gives us anything or not, and to get Him and all of Him [that] He’s willing to give us. I think the difference between those two motivations for coming to the Lord in large part determines whether or not He manifests His presence,” Lino said.

Northeast Houston Baptist Church, which Lino planted 19 years ago and which now averages 1,200 people on Sundays, is a strong sending and supporting congregation, having planted four churches locally in recent years and others overseas.

“Locally, we plant churches by giving away members and money,” Lino said, adding the church sends 50 to 80 members, a full-time pastor and financial support when it plants a church. The latest is set to open in September in Houston’s Fifth Ward, a large underprivileged area.

Northeast Houston owns a community center that takes up one-and-a-half city blocks in the Fifth Ward, serving as a base for mercy ministries and social justice work, Lino said. They have a large pregnancy clinic there, which has used a 4D ultrasound machine to save hundreds of babies from abortion.

From the community center, Northeast Houston members have taught ESL classes, launched gang ministries and served in the aftermath of disasters. The church is an official emergency food distribution partner with the Houston Food Bank, and during 10 weeks of lockdown last year, members fed and clothed 12,500 families, Lino said.

Before COVID-19, Northeast Houston sent 15 to 20 mission teams overseas each year, and they have seven long-term locations among unreached people groups where they’ve been working with a goal of planting churches. During COVID, they adopted an island in Southeast Asia.

“We felt led by the Lord through this prayer movement to adopt this island long-term,” Lino said. “It’s got 19 million people on it, all unreached people groups.”

Northeast Houston believes strongly in supporting the Cooperative Program for two reasons, Lino said: missions and the training of pastors.

“Our church cannot afford to send lots of missionaries to the ends of the earth and plant lots of churches in frontier states, so we need to cooperate with other churches for those missions to be accomplished,” Lino said, adding, “We are incapable as a local church of giving a man called to become a pastor all of the training that he needs, especially theologically, so we need a seminary.

“We think the SBC has the two best missionary-sending agencies around these days – IMB and NAMB – and we think the six seminaries are doing really well and thriving. We’re really happy with them. That’s why we want to be strong partners with the CP.” 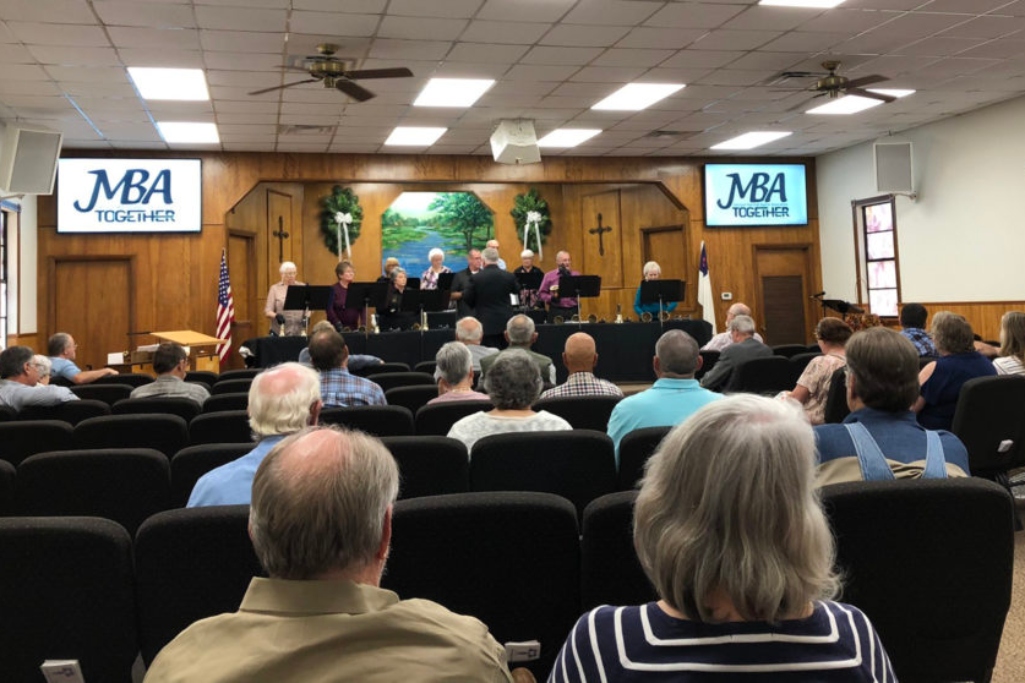