But it wasn’t until his church partnered with a country in Southeast Asia with a long history of struggles with religious freedom, that he truly understood its importance.

Invited by the country’s leadership to visit both Christian churches and religious services of other religions, Roberts saw firsthand the impact on people when they don’t have religious freedom.

“I began to meet many of the leading pastors in [the country]. This was in the early 2000s,” said Roberts, the global senior pastor of Northwood Church in Keller, Texas. “Many that I heard about had been in and out of jail. But sitting at a table with them, hearing their stories had a profound impact on me, how they were persecuted, went to prison. Some of them knew people who even died for the gospel.”

Roberts was so moved by what he saw that, at one point, he went to another room and wept.

“We didn’t just visit the churches,” Roberts added. “We visited with other non-Christian religions as well, and they were facing similar persecution that impacted me. It’s one thing to intellectually know those things. It’s quite another thing to see people who’ve really paid a price. And it had a radical impact on me.”

The profound impact of that trip led to numerous opportunities for Roberts to advocate religious freedom for all.

What Baptists believe about religious liberty

For Southern Baptists like Roberts, religious liberty isn’t just about a trip to a civics class but grounded in more than 400 years of history and shaped by the blood and tears of pastors, missionaries and lay people on the front lines of the Great Commission.

“It’s one of our core Baptist distinctives,” said Jason Thacker, chair of research in technology ethics and leads the Ethics & Religious Liberty Commission (ERLC) Research Institute. “Baptists had been involved in various degrees and forms over many generations, advocating for religious freedom, because we see it as central—not only to our Baptist faith, but really to the Christian faith—that faith cannot be coerced. Faith cannot be forced upon someone. There’s a freedom of conscience. There’s a freedom of will, and that salvation comes through personal belief.”

The Baptist Faith and Message 2000, the Southern Baptist statement of faith, defines the convention’s convictions regarding religious liberty in Article XVII: “God alone is Lord of the conscience, and He has left it free from the doctrines and commandments of men which are contrary to His Word or not contained in it.”

The article affirms the belief in a separation of church and state and the duty of Christians to obey the state “in all things not contrary to the revealed will of God.”

Article XVII concludes with: “A free church in a free state is the Christian ideal, and this implies the right of free and unhindered access to God on the part of all men, and the right to form and propagate opinions in the sphere of religion without interference by the civil power.”

The biblical texts that undergird those statements, particularly a commitment to the Great Commission, have fueled 175 years of Southern Baptist efforts to speak up for the religious liberty of Christians and non-Christians alike.

“Religious liberty is probably the main theological contribution that Baptists have brought to church history,” said Rodrick Durst, chair of history and theological studies at Gateway Seminary in Ontario, Calif.

The development of Baptist views on religious liberty

Nathan Finn, dean of the university faculty and a professor of Christian studies and history at North Greenville University in Tigerville, S.C., says the Baptist vision of religious liberty extends back to the radical Puritans of the late 16th and early 17th centuries who didn’t want to be a part of the Church of England.

“For those of us now who are part of the Baptist movement, the roots of the way we talk about religious liberty actually predate the Baptists,” Finn said. “It was our forefathers, if you will, and radical English Puritans who broke away from the Church of England. One of the reasons was they wanted to have religious freedom.”

Radical English Puritans, Finn added, wanted to be free to obey the scriptures. In the early 17th century, some of these Puritans broke away from the rest over the issue of infant baptism.

“Before we believed in believer’s baptism, we believed in religious liberty,” Finn said. “Then one of the first ways that we exercised our religious freedom was by rejecting infant baptism and embracing the baptism of [believers] alone.”

Baptists were involved in many of the key events that helped define the development of religious freedom within the American context. Some of those events include:

Truett told those assembled, “It is not the prerogative of any power, whether civil or ecclesiastical, to compel men to conform to any religious creed or form of worship, or to pay taxes for the support of a religious organization to which they do not believe. God wants free worshipers and no other kind.”

For example, the ERLC joined an amicus brief in a case heard earlier this year in the U.S. Supreme Court regarding the city of Boston’s decision not to allow a Christian flag to be flown as one of three in front of its city hall. According to an ERLC explainer on the case, it’s seen as an opportunity for the court to clarify its understanding of the First Amendment’s Establishment Clause, which prohibits the government from making any law “respecting the establishment of religion.”

The ERLC was involved in a number of cases related to government restrictions of churches during the COVID-19 pandemic. The entity advocated on behalf of equal treatment of churches as local, state and federal governments mandated shutdowns and gathering size limitations.

Religious freedom and the Great Commission

The ERLC hasn’t just advocated on behalf of religious freedom for Christians. In 2021-22, by resolution of SBC messengers to the 2021 SBC annual meeting, the ERLC has advocated on behalf of Uyghur Muslims who are the subject of intense persecution in the Xinjiang region of China. The Uyghurs are Chinese citizens whose religious convictions move them to stand against the Chinese Communist Party (CCP).

The ERLC worked to gain passage of the Uyghur Forced Labor Act in Washington in December 2021 to push against the slave labor and population control efforts Uyghurs are being subjected to by the CCP.

“That’s one of the key tension points, especially in recent years,” Thacker said. “Whether it be the ERLC or other organizations who uphold religious freedom and partnering with those who we fundamentally disagree on very important issues, especially issues of understanding of who God is and scripture and the gospel and things like that,” Thacker said. “Because religious freedom is the freedom for all to believe, as they see fit in that sense, and to be able to live out their deeply held religious beliefs.”

Thacker noted two important reasons why the religious liberty of all is important to Southern Baptists. First, he recognized that government restrictions allowed to stand against non-Baptists may eventually inhibit the religious freedom of Baptists to worship freely.

Most important, Thacker notes, the issue goes back to the concept of “soul freedom.” Spiritual decisions belong between the person and God and should not be in the sphere of governmental authority.

Andrew Walker, a professor of Christian ethics and apologetics at The Southern Baptist Theological Seminary in Louisville, Ky., points to missiology, noting that to advance the gospel, people must have an opportunity to respond to it. While God works in many places around the world where religious freedom isn’t available, Walker says, “any hurdle or obstacle that’s standing in the way, is an impediment to religious liberty, we should fight against.”

In fact, every Southern Baptist interviewed for this article related, in one way or another, the need for religious freedom to a commitment to the Great Commission.

“[Early] Baptists believed that as long as the state was staying out of the business of dictating religion, and Jews and Muslims and infidels, and atheists had the right to be wrong, that also meant that Baptists and other Bible-believing Christians had the right to proclaim the truth of the gospel over them,” said Finn, describing the missional convictions of early Baptists related to religious liberty. “For Baptists, it’s always been more than just defending their own right of worship, but defending true religious freedom for all people, for the sake of human flourishing and the advance of the gospel.”

Durst referenced Romans 13 and the Christian’s identity as a kingdom representative.

“We are citizens without borders, kingdom citizens, and our Great Commission is to cross borders for the gospel,” Durst said. “We live in the ‘already, but not yet kingdom come.’ Religious liberty is a witness. It’s a part of Christian discipleship, because we must be willing to go into the public place and live for Christ.”

For more information about what Southern Baptists believe, see the Baptist Faith and Message 2000. 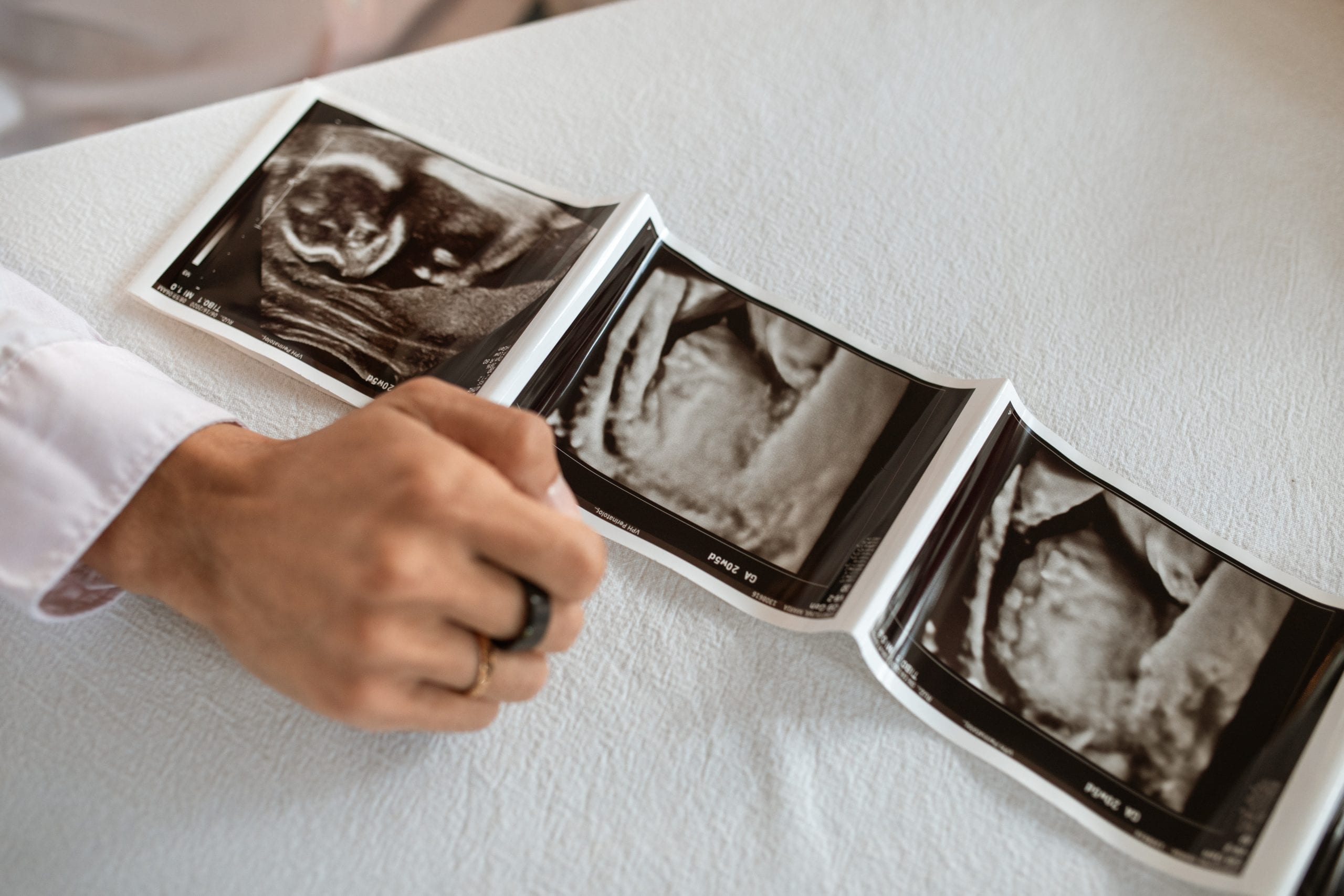