Tennessee Baptists are preparing for Crossover, an annual evangelistic event that takes place in the city where the Southern Baptist Convention (SBC) annual meeting is held. This year’s meeting will be June 13-16 at the Gaylord Opryland Resort and Conference Center.

Though churches in the Nashville Baptist Association are the primary focus, the area is being expanded to include the Wilson County, Bledsoe, Concord, Cumberland, Robertson County and JST Baptist associations, said Mark Miller, baptism/discipleship team leader for the Tennessee Baptist Mission Board.

The North American Mission Board (NAMB) is tying the event to its “Who’s Your One?” evangelism initiative, an effort to encourage Southern Baptists to engage people in gospel conversations throughout the year.

Baptist churches and associations in Middle Tennessee are being asked to sponsor an evangelistic event on June 12, followed by a Who’s Your One Rally on June 13, Miller said.

NAMB, in conjunction with the Tennessee Baptist Mission Board, is providing training for churches and associations in April.

Miller said those leaders will then be able to train people from their churches on how to share their faith and engage others in gospel conversations.

“This is a much simpler approach,” he said. “I am praying that God will really use Crossover to saturate Nashville and surrounding communities with the gospel.”

Rusty Sumrall, director of missions for the Nashville Baptist Association, said he is hopeful that 100% of the churches in the association will participate in a June 12 event, followed by the “draw the net” evangelistic event on June 13.

Sumrall is excited that other area associations will be involved in Crossover. “This provides an opportunity for Southern Baptist churches to work together to show Christ’s love to people throughout Middle Tennessee,” he said, adding that he would love to see at least 500 people come to know Christ and be baptized as a result of Crossover events and the evangelistic services.

Roc Collins, strategic objectives director for the Tennessee Baptist Mission Board said Crossover is intended to impact the communities where the SBC annual meeting is held.

“Southern Baptists believe that salvation in Jesus Christ is available to all who call on Him, and we have the great privilege of carrying that glorious message to a lost world,” Collins said. “Our goal is to see people come to know Jesus Christ and enter into an eternal relationship with Him.” He said he is hopeful that more than 300 churches in Nashville and Middle Tennessee will sponsor evangelistic outreaches on Saturday, followed up by a Who’s Your One event on June 13.

Tennessee Baptist Mission Board President and Executive Director Randy C. Davis said, “The immediate results of Crossover will be eternal for the spiritually lost who will be introduced to Jesus Christ during that Saturday emphasis in June.

“The long-term impact will be hundreds of Tennessee Baptists equipped in evangelism at the Crossover training events.”

Johnny Hunt, senior vice president for evangelism and leadership at NAMB, said Crossover “could be a great day of harvest where people are saved.”

More than that, however, Crossover can also “be a part of creating a culture of evangelism in your church,” he said.

“The best translation of the Great Commission is ‘make disciples as you are going,’” Hunt said. “I’m extremely grateful for all the intentional witnessing that will take place in Nashville.

“However, with thousands of messengers, it’s my prayer that each of us will be faithful ‘as we go’ to make much of Jesus. May Nashville know that He was among them as He is lived out in our lives.”

(EDITOR’S NOTE – Lonnie Wilkey is the editor of the Tennessee Baptist and Reflector.) 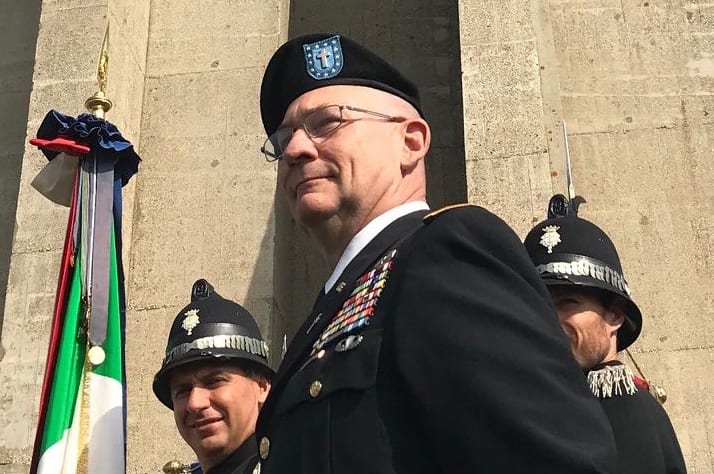 Southern Baptist military chaplains minister in the face of COVID-19