A decrease in financial giving to churches and missions might have been expected due to the tumultuous economic times that have resulted from COVID-19 and the stay-at-home orders that have moved church services online.

Dr. Scott Maze, the pastor of both campuses, said the opposite was true in his congregations. Giving has increased. Maze said he and his administrative staff wanted to ensure COVID-19 didn’t negatively affect financial support for the IMB. The donation resulted from the church’s Acts 1:8 strategy of missions – local, statewide, domestic and international.

IMB President Paul Chitwood expressed his gratitude for the gift.

“I am personally grateful for Pastor Scott Maze and every member of the North Richland Hills Baptist Church family,” Chitwood said. “Their sensitivity to the unique needs of our missionaries during this global pandemic, and the incredible opportunities to help the hurting and share the hope of the gospel around the world, is a great source of encouragement. They epitomize the cooperative missions spirit that has kept IMB missionaries on the field for 175 uninterrupted years.”

North Richland Hills Baptist Church (NRHBC) and Cross Church recently completed the construction on the permanent church building for Cross Church. For the past seven years, church members have given a minimum of 10% above and beyond their normal giving to the building program fund, and this week the surplus was marked for donation to the IMB and the North American Mission Board.

“I believe that the gospel is too valuable to keep to ourselves, and the Acts 1:8 strategy that was adopted by the disciples and the early church demands that we do gospel work simultaneously, all over the globe,” Maze said.

“Therefore, while I want to do the Great Commission in the zip code where my church building is presently located, I must also be concerned about the gospel’s progress both locally, regionally, nationally, but also internationally. So I encourage all churches to fulfill their responsibilities and have the joy of praying, giving and going.”

On Monday, oil barrel prices dropped below $0 a barrel – a historic first. Stay-at-home orders mean that people are driving less and the demand for gas has decreased significantly. Maze said oil and cattle have long been large sources of economic revenue in Texas.

“While oil has taken a record hit in recent weeks, and it has impacted several of our folks, the diversification of our economy here in Texas, in north Texas, has been really strong,” Maze said. “We aren’t as oil-based in our economic upturns and downturns as we would have been in the past.”

West Texans in the congregations have a large-hearted generosity, Maze said, and are still joyfully and faithfully giving.

In addition to giving to international missions during COVID-19, Maze said church members have taken care of people who are in need in their community. They have paid utility bills and mortgage payments for people who’ve lost jobs because of COVID-19 and the church’s food pantry is overflowing, Maze said.

In these financially trying times, Maze said Texan Christians have been generous in their financial giving.

“God has really blessed Texas … Texans have been really generous, [we’re] just grateful to God for that kind of generosity,” Maze said. “There’ve been people who want to be anonymous, known only to God, who’ve given generously to the Lord’s work, through the IMB and other entities in order to ensure the advance of the gospel.”

Maze points to the biblical story of Barnabas as a model for how his churches seek to give.

“Barnabas was just that large-hearted giver that we see in the book of Acts, and he sold a piece of his property in order to ensure that the needs of the people in Jerusalem were taken care of,” Maze said. “Barnabas is a great example for us. And we are to be that kind of people.”

Maze recognized it might be difficult for Christians and churches to think about giving to international missions during these uncertain financial times.

“A lot of us look at a bank account to tell us whether we can give, and that’s a natural thing to do. But Jesus instructs us to not look at our bottom line, but to look upward at a heavenly Father, who tells us He will care for people who give and give generously,” Maze said.

Maze also pointed to the New Testament church as an example of giving, even when funds are not abundant.

“Paul said they didn’t have a lot, but they gave a lot. And so, sometimes we are not just giving out of excess, but we’re to give out of what we have, much like the widow of two mites. It’s a privilege to do that,” Maze said.

Three families who serve overseas with the IMB were commissioned by NRHBC and Cross Church. The churches are actively involved in the areas where the IMB workers serve, and the churches also have partnerships with the IMB in South Asia.

IMB workers Edward and Terri Janklow* are members of NRHBC and they say the church has been instrumental in their ministry among an unreached people group in Southeast Asia. Roger Coden* and his wife visited the Janklows after a natural disaster a number of years ago. Coden, a NRHBC staff member, made the recommendation for the donation of the funds to the IMB.

The Codens, Maze and NRHBC have come alongside the Janklows’ work and have been faithful partners by sending volunteer teams and praying consistently. A church was finally started after 14 years of the Janklows’ faithful and consistent ministry among this hard-to-reach people group. Terri said NRHBC played a pivotal role in the start of the church.

Maze extended a word of encouragement to IMB missionaries who might be feeling isolated and discouraged during the pandemic.

“I would say to the IMB missionaries and personnel who are stateside, thank you guys for what you are doing in the hard times, in the good times. … What you are doing is valuable and important – nothing goes unnoticed,” Maze said. “Their sacrifices are seen by the Lord. They’re to be present, they’re to be faithful. Recognize the opportunities that might be afforded by this worldwide pandemic.”

Maze said he’s praying all Christians will recognize the opportunities the Lord is presenting to be a witness during the pandemic. 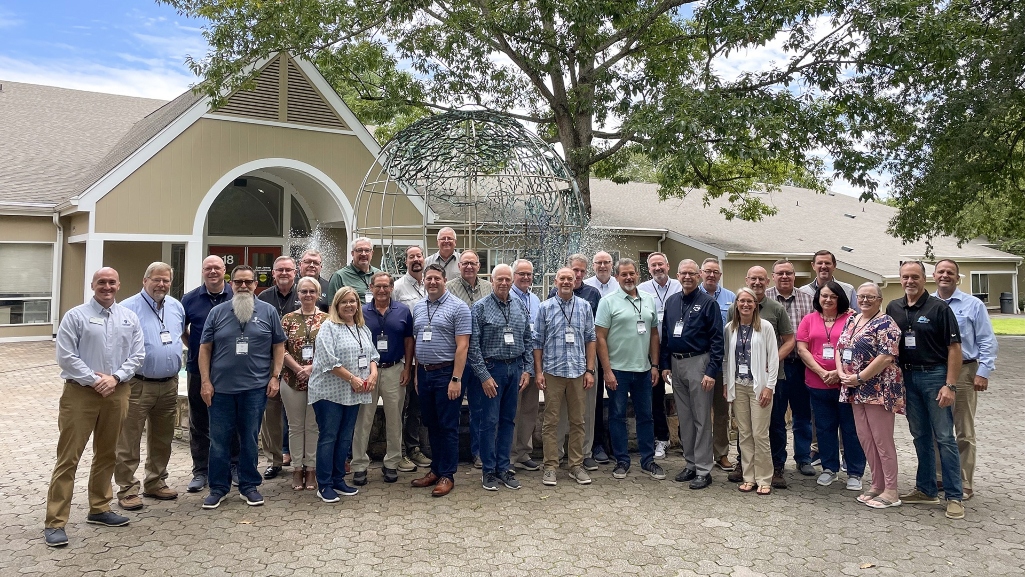