Pieces of papyrus sold as rare fragments of Dead Sea Scrolls to Southwestern Baptist Theological Seminary (SWBTS) a decade ago are “likely fraudulent” and the seminary might seek financial restitution, the school announced in a statement April 6.

“The Dead Sea Scrolls fragments were acquisitions of the prior administration,” the statement said. “Because we have had very little confidence in their authenticity, the fragments have never been on public display since the arrival of the new seminary administration in February 2019.”

The six fragments were purchased in two separate acquisitions in 2010 during the presidency of Paige Patterson, with seed money from Texas businessman and then-SWBTS trustee Gary Loveless. While the former and current SWBTS administrations have declined to reveal the purchase price, comparable pieces – although revealed to be forgeries – have sold for millions of dollars.

“The fragments are in a secure location and have not been available to the general public in some years,” the school said in the statement. “The current administration’s lack of confidence in the fragments’ authenticity has been confirmed by an October 2018 report prepared for the seminary’s Board of Trustees by faculty associated with studying the collection. That report, which was recently provided to the current administration, found that by as early as 2016, some seminary faculty had become convinced at least some of the fragments were possible forgeries.”

SWBTS also announced it would discontinue the SWBTS archaeology program “as part of campus-wide budgetary reductions necessitated by the financial challenges associated with COVID-19.” More details on the program’s discontinuance are anticipated after the SWBTS Board of Trustee meeting, which is scheduled to be held online April 7.

Patterson did not respond Monday to requests for comment made through several channels. But while president of SWBTS, he lauded the acquisition of the fragments.

“One cannot overestimate the significance of these valuable artifacts for Southwestern Seminary, for Fort Worth, for Texas and for all the Americas,” Patterson said in Oct. 2010. “I cannot but express my gratitude to our Lord for enabling us to be a significant part of this ongoing vital research.”

Patterson was terminated by the SWBTS Board of Trustees in May 2018, according to a statement released then by the school, over his “handling of an allegation of sexual abuse against a student during [Patterson’s] presidency at another institution and resulting issues connected with statements to the Board of Trustees that are inconsistent with SWBTS’s biblically informed core values.”

SWBTS announced the purchase of the first fragments in Jan. 2010. They share provenance with five fragments purchased by the Museum of the Bible, which were later revealed to be fake. The statement from SWBTS said the school is considering its options to recoup certain expenses related to the purchases.

“We are contemplating legal remedies to seek restitution of payments made by the seminary, as authorized by the prior administration,” the school said in the statement.

Dead Sea Scrolls, first discovered in 1947 by Bedouin shepherds, are believed to have been buried in caves in Qumran along the Dead Sea for 2000 years, predating the earliest scriptural manuscripts previously available. Only a few scrolls were found intact; other specimens were only fragments, which are rare.

“Given that significant institutional resources were expended on the acquisition and promotion of the likely fraudulent fragments,” SWBTS said in the statement, “it is not prudent for the seminary to spend further precious funds on them.”

Forgeries of Dead Sea Scrolls fragments have been seen since 2002, according to CNN.

Loveless, an early SWBTS benefactor supporting the purchase of the papyri, could not be reached for comment. The amount of his donation has not been revealed. 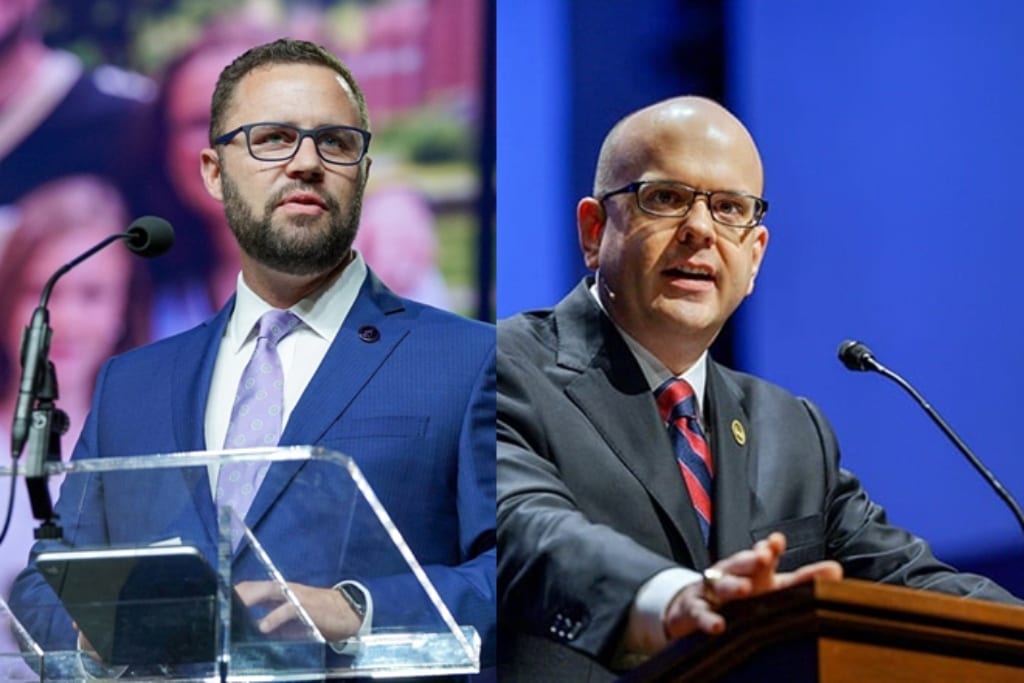 Greenway and Dew discuss leading in and beyond COVID-19

By SWBTS and NOBTS Staff