The mission strategy of Henderson Hills Baptist Church in Oklahoma was forever changed when Mike, the missions pastor, read a statistic: “Five percent of missions work is done in North Africa and Middle East [NAME].” After reading this startling fact, Mike knew the Lord was calling him to lead his church in reversing that statistic in their own mission strategy.

“As I read that statistic, it just hit me,” Mike says. “I looked at the missions team at [our church] and realized we weren’t even doing 5% of our missions work among NAME peoples. I knew that had to change.”

Otis Neumann*, a missionary with the International Mission Board’s (IMB) Northern African and Middle Eastern affinity, appreciates the advocacy of Mike and his church.

“His vision has inspired others, including Hispanic churches and the Oklahoma Baptist Convention, to make NAME peoples a priority for prayer and missions work,” Otis says.

For two years Mike and the missions team prayed about a specific, unreached people group. Along with a team from their church, Mike and his wife traveled to Europe in 2012. They met an IMB missionary who gave them a glimpse into how God was at work among NAME peoples there.

Otis says that coming to Europe first to connect with immigrants from NAME is a good way for churches to develop a love for the people and make them a priority in their mission vision.

“Europe is a modern crossroads of people from Northern Africa and the Middle East,” he explains.

“From Europe, SBC [Southern Baptist Convention] churches have the unique opportunity to partner with IMB and share the gospel with people who come from some of the most difficult to access places in the world.”

Two years after their trip to Europe, Mike and his missions team made their first trip into Northern Africa. Since that first trip, the church has sent multiple mission teams every year. They focus on building relationships, prayer walking and meeting community needs.

In February 2020, the church sent a missionary couple from their church to Northern Africa to serve with the IMB. Even during the height of the pandemic when travel was restricted, the church looked for ways to support the work overseas through prayer and encouragement.

Otis and other missionaries pray for more churches to be bold in their mission efforts.

“When churches partner with IMB, we can do more together – and there is so much left to do in Northern Africa and the Middle East,” Otis says.

“Today, there are many people groups living in places where we cannot yet directly engage them with the gospel, but through prayer, we can press forward into new places and push back the darkness as the light of the gospel is proclaimed to every people group of NAME.”

Pray that God will call out more churches to join the work to reach NAME peoples with the gospel.

Pray for more long-term missionaries in the fields among the unreached.

Pray that the light of Christ would break the barriers that keep many from hearing the gospel.

(EDITOR’S NOTE – This year’s Week of Prayer for international missions in the SBC is Nov. 28-Dec. 5, with a theme of Together. The theme parallels the Lottie Moon Christmas Offering for International Mission’s theme of Let’s Advance God’s Kingdom Together. The offering provides a significant portion of the IMB’s annual budget, and 100% of the funds go to mission work on the field. Gifts to the Lottie Moon offering are received through local Southern Baptist churches or online at IMB.org/lmco, where there are also resources to help promote the offering. This year’s goal is $185 million.) 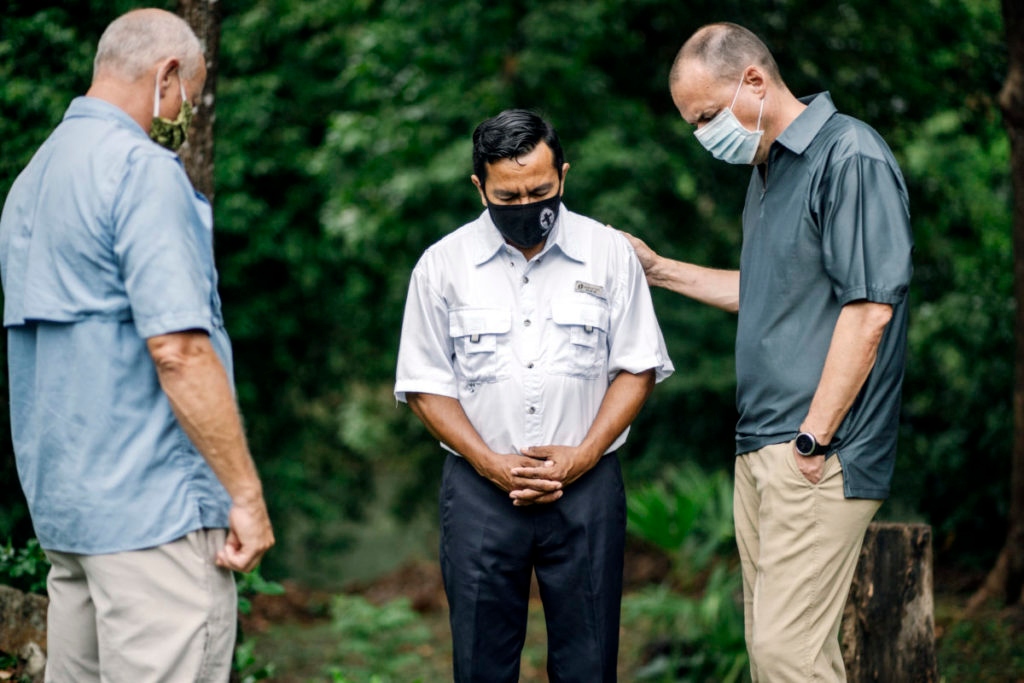