Mrs. Lombena transitions with ease from the standard West African greetings into the story of Jesus and the woman caught in adultery.

The Togolese man listening to the story is quickly attentive to her vivid storytelling. What follows is a lively discussion about the truths and implications of the Bible story she had crafted into his native tongue.

With sincerity on his face, he asks her to pray for him in the name of Jesus, the One who came not to condemn but to save. Essodina Ayewa, her trainer who has been watching from the side, steps up to lay hands on the man as they pray.

“When you tell a story from the Word of God, it’s powerful! It affects someone. He listens, he is penetrated,” Ayewa says.

Lombena, along with nearly 40 other students, has recently graduated from a three-year program at the Baptist Bible Institute of Togo (IBBT). For the first time, their curriculum includes training in orality methods – one component of which is the art of crafting and sharing biblical stories with people who prefer oral communication methods over written ones.

“We hear about the joy that animates the people who listen to the Bible stories all the time,” says IBBT director Dombe Tchalaré. This has led him to require that all students receive the training, and he envisions creating a dedicated “School of Orality” within the Bible institute.

Ayewa highlights how the orality training has been an important complement to the school’s classic theological education.

“It gives them practical knowledge: how they can preach, do evangelism, counsel and address doctrinal issues” using stories from the Bible, he says.

The orality education is also unique as the first training in Togo to be led entirely by African believers who were originally trained by IMB missionaries. 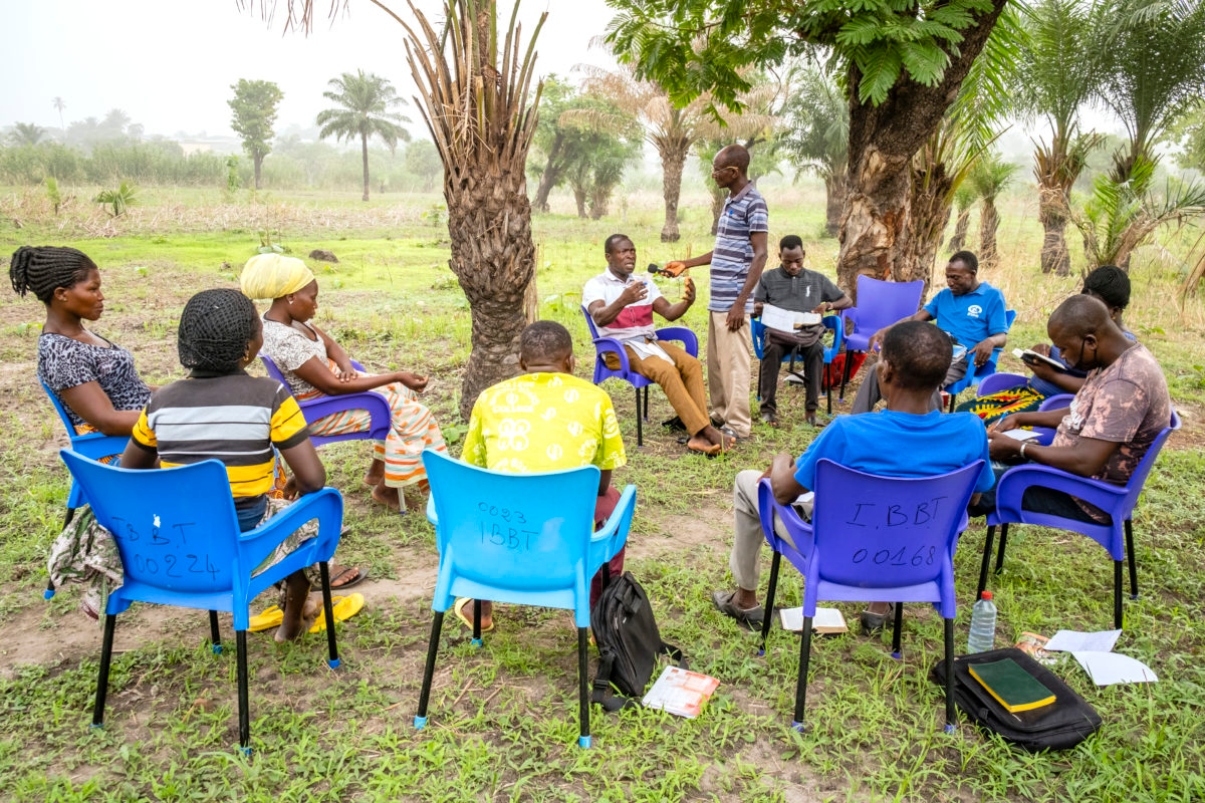 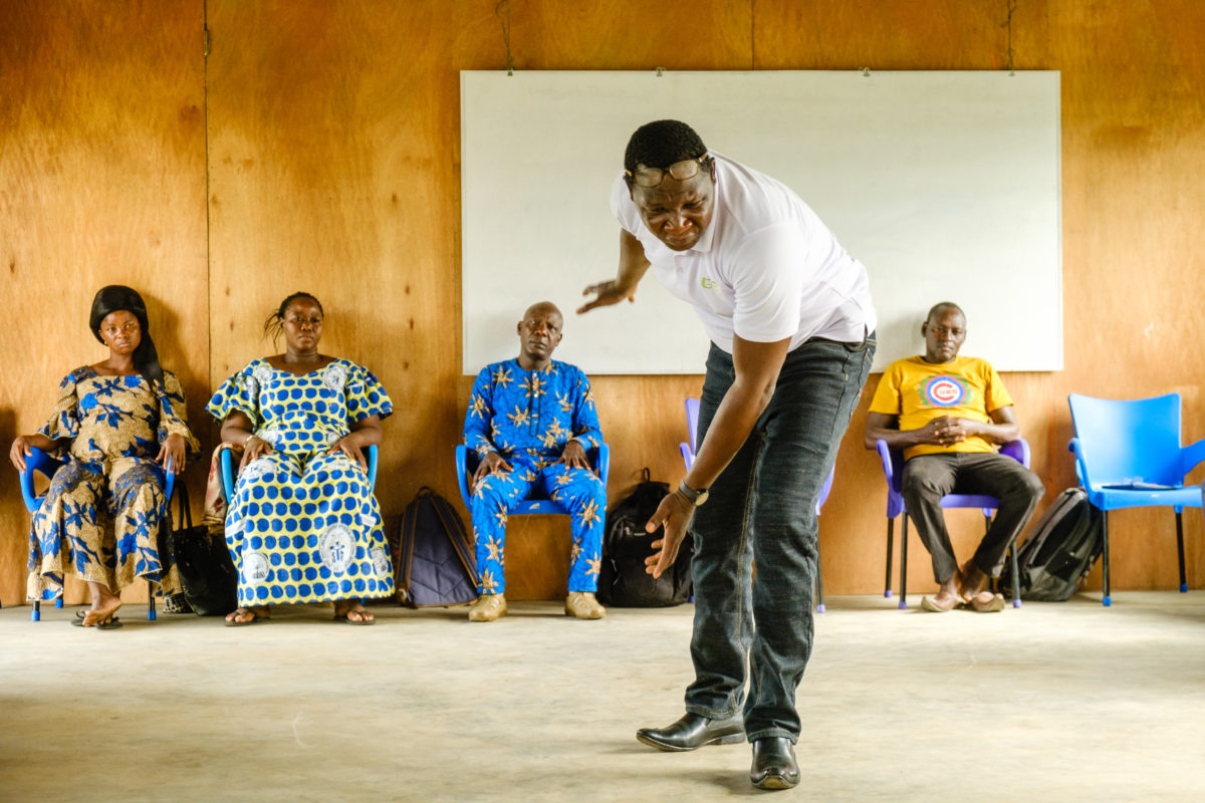 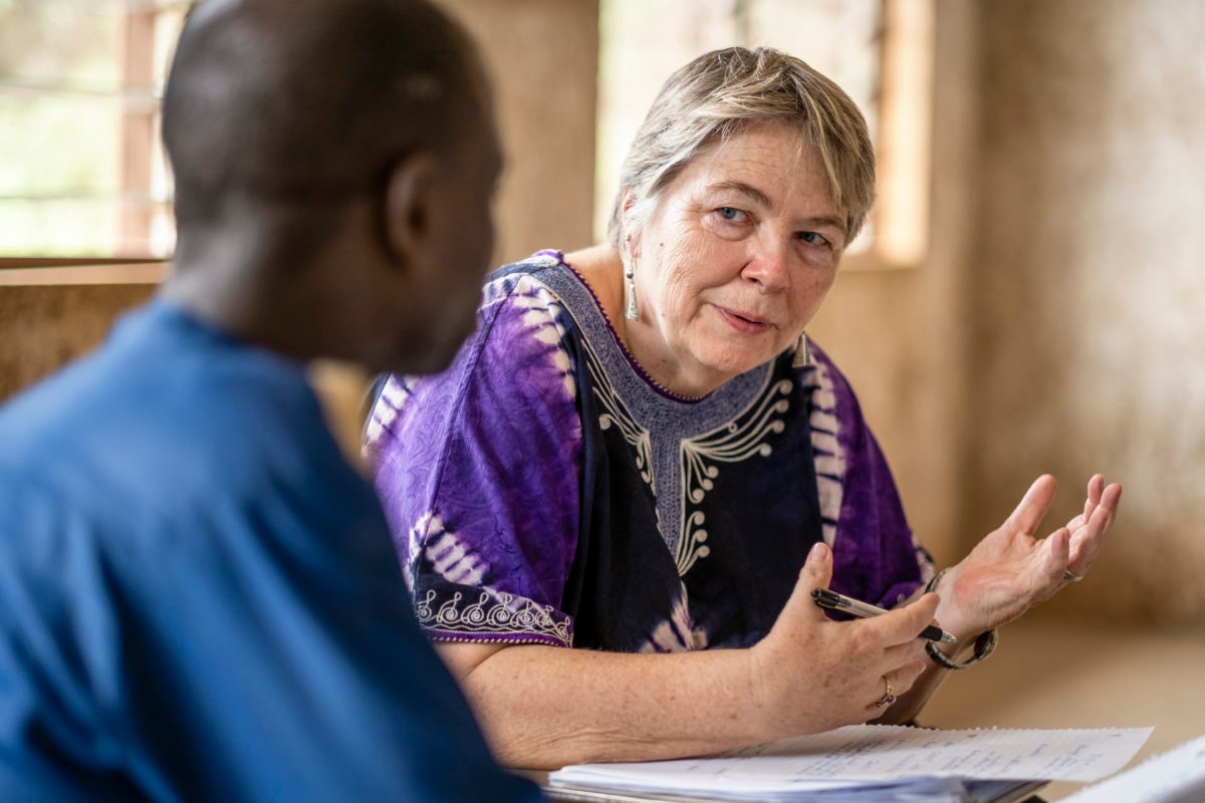 IMB photos 1) Students and pastors at the Baptist Bible Institute of Togo work together in a breakout session to record Bible stories in their heart language of Ifè. By recording their stories, they can back-translate them to check for accuracy and then distribute them on social media. 2) Master orality trainer and evangelist Seni Zougrana tells the story of the crossing of the Red Sea to pastors and students during a StoryTogether workshop. 3) IMB missionary Katee Sheppard* consults with Lala Togue about his mission action plan. Togue is a newly appointed Togolese missionary to the Akasselem, an unreached people group.

IMB missionary Katee Sheppard*, alongside a team of nationals in five countries, has been effectively using Bible storying for more than a decade in a ministry to truck drivers. She says the drivers are normally closed to gospel conversations, but they love the stories.

“They ask questions about the stories and God opens doors to tell them Bible stories that lead many to Christ,” Katee says.

Katee’s team understands the value of training more people and, to date, IMB missionaries have equipped more than 25 national orality trainers across several African countries. Together they have led orality workshops and seminars for thousands of believers representing dozens of languages.

Evangelist Seni Zoungrana is one of the trainers who leads orality workshops. He discusses both the joy and responsibility given by Revelation 7:9.

“That day we’re going to sing the same song in our different languages. Imagine the melody it will give!”

Pray for the African orality trainers as they continue to organize and teach others how to effectively use Bible storying to share and teach God’s Word.

Pray that the graduates of IBBT will put into practice the orality skills they have acquired when they return to their towns and villages.

Pray for the unreached people groups of Sub-Saharan Africa, asking God to confirm in their hearts the truth of the stories they hear.

(EDITOR’S NOTE – This year’s Week of Prayer for International Missions in the Southern Baptist Convention is Nov. 28-Dec. 5, with a theme of Together. The theme parallels the Lottie Moon Christmas Offering for International Mission’s theme of Let’s Advance God’s Kingdom Together. The offering provides a significant portion of the IMB’s annual budget and 100% of the funds go to mission work on the field. Gifts to the Lottie Moon offering are received through local Southern Baptist churches or online at IMB.org/lmco, where there are also resources to help promote the offering. This year’s goal is $185 million.) 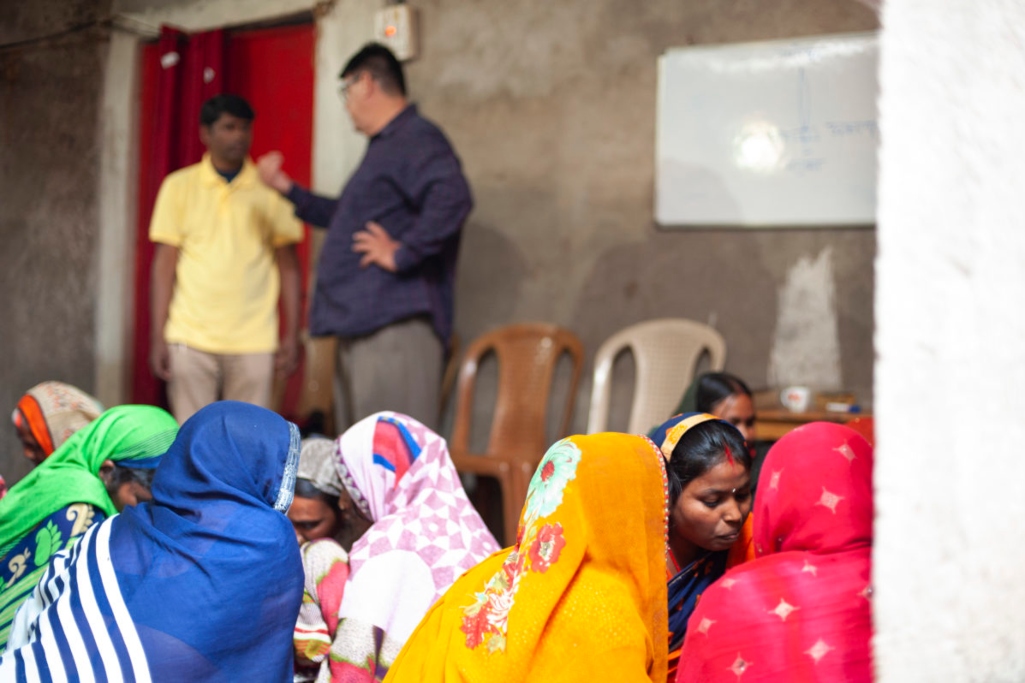